As mentioned in the previous part all silver, gray, orange-yellow (tooiro) IJNAF aircraft had their cowlings painted black. This rule included the trainers and the prototypes. In adition, the majority of types with Townend rings also had them painted black.
The main trainer of the IJNAF, the Yokosuka/Kawanishi K5Y1~2, had a Townend ring and therefore all of them had it painted black. But other trainers had a distinctive pattern as shown below in the photo of a Type 2 Trainer-Fighter or Mitsubishi A5M4-K. 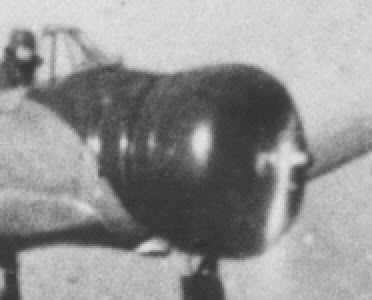 The trainer version of the Zero, the Mitsubishi A6M2-K, was also painted following this pattern. 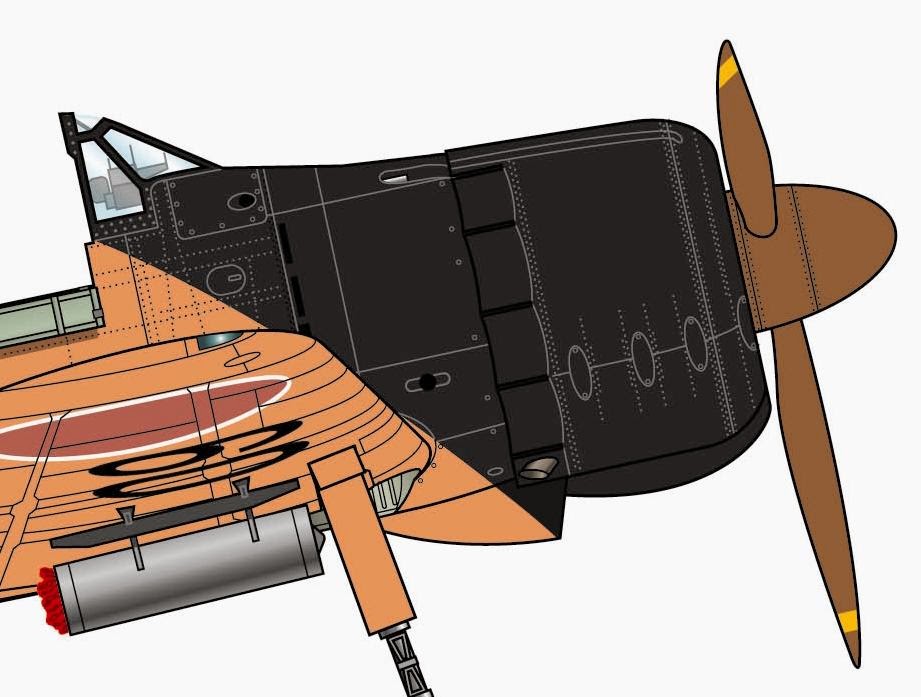 But when the individual aircraft were camouflaged, the curve from the air intake to the canopy was too difficult to preserve so it was simply painted over, keeping the black cowling. This was the rule for all trainers. So when you build a trainer Zero and you want to add top green camo, no need to bother yourself with masking.

Two important early Pacific War IJNAF types also had this anti-glare pattern. The Type 97 Carrier Attack-Bomber or Nakajima B5N "Kate" and the Type 99 Carrier Dive-Bomber or Aichi D3A "Val". As above, when older aircraft were camouflaged they had either the part behind the cowling overpainted or a few had the black anti-glare paint extending further back until the cooling louvres wrapping around the fuselage.
Most IJNAF prototypes followed the same rule with very few exceptions. Below are some examples.

Some trainer prototypes were also finished with the same anti-glare pattern but when placed into production or when reaching the schools of IJNAF the pattern was again too difficult to preserve and usually only the cowling was kept black.
﻿

Ofcourse there were exceptions to the rule. For example the "Raiden" prototypes as we saw in past postings always kept their distinct anti-glare pattern. The Mitsubishi J8M1 "Shusui" for some unknown reason had no anti-glare paint whatsoever. There are surviving photos of many prototypes that show them with green top camouflage so we don't really know what their original state was. Such an example is the photos of the Mitsubishi A7M prototype which show it with green top camo and no visible anti-glare paint. But this is not the very first "Reppu" prototype and as with the prototypes of many other types, the very first was usually painted properly as shown above but when modifications started to be made or the second prototype was finished usually they all received a more combat look.
Artwork by Mark Rolfe.
Posted by Arawasi

I can't tell you how grateful I for this kind of post. It's really great information.
Thanks a lot.