On February 5, 1940 the Dai Nippon Koku Douglas DC-2 registered J-BBOT and named "Aso" (named after Mount Aso the largest active volcano in Japan) took off at 10:59 from Fukuoka bound for Taipei. After making a brief stop at Naha, Okinawa arriving at 14:40 and taking off again at 15:09, the crew experienced trouble with the starboard engine 15 minutes before flying over the biggest island of the Senkaku island group, called Uotsuri-shima. The crew consisting of pilot Kuroiwa Toshio, co-pilot Mori Ryoitchi, engineer Soga Haruyuki and radio operator Senda Hideo decided to continue their flight and try to reach their destination. First they tried to lighten the plane by throwing out some of the luggage but the aircraft kept loosing altitude and out of consideration for the nine passengers they decided to make an emergency landing. After they radioed back their position, the crew announced to the passengers to put on their life jackets. They were all surprised but the crew stayed calm and did not let the situation get out of hand. The Uotsuri island does not offer a proper spot for landing, being full of stones but they managed to locate a flat area where they could land. This happened at 17:05 and everybody reached safely and uninjured the island which was (still is) uninhabited and offered no food or shelter. While busing themselves putting together a shelter and starting a small fire, at around midnight they heard the sound of a small aircraft flying over them and made the fire bigger to spot them. Of course there was no area for the aircraft to land so it flew away and left them to spend the night there alone. At 8:30 the next morning, another DC-2, registered J-BBOQ and named "Tsukuba", flew above them and threw blankets and food. One "Aso" crew member signalled "arigato" (thanks) by flag semaphore and a while later they finally saw two ships "Shonan Maru" and "Keiun Maru" reaching the area. The crew of "Keiun Maru" dropped a boat which picked everybody up and finally took them to Keelung, Taiwan.
The photos below from a vintage publication were taken by one of the passengers, Kawashima Minoru. 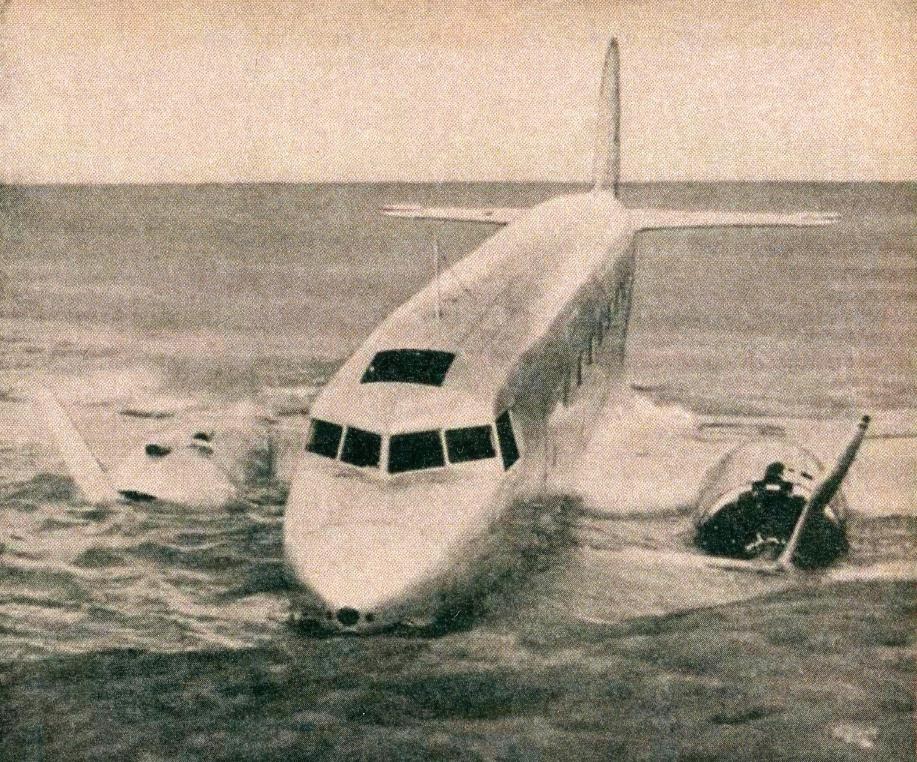 In the photo below, one of the passengers is using a red piece of cloth to signal for help. 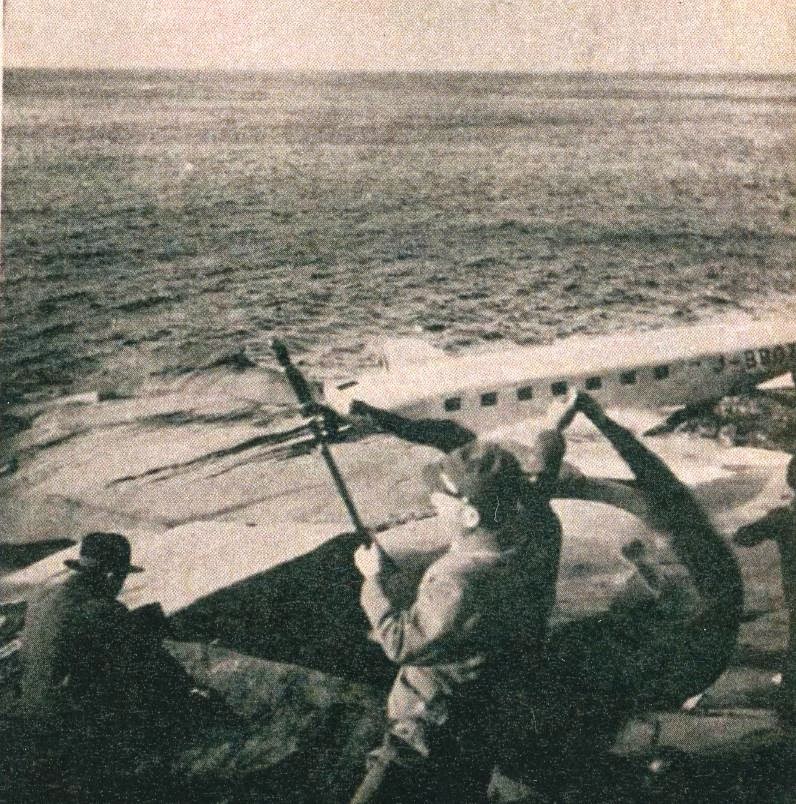 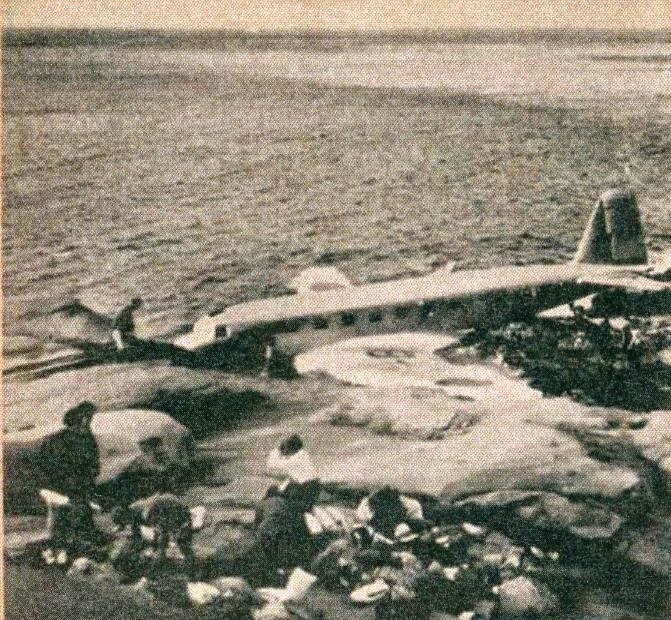 In the two photos below the stranded crew and passengers are getting in the small boat of "Keiun Maru" and reach the safety of the ship. 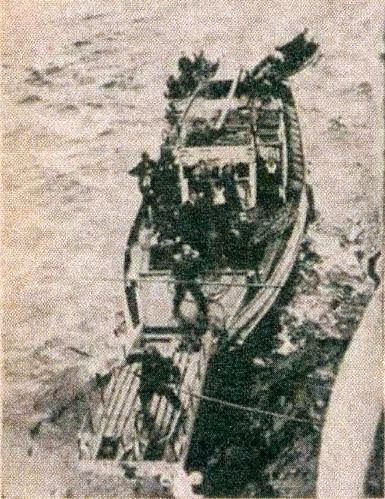 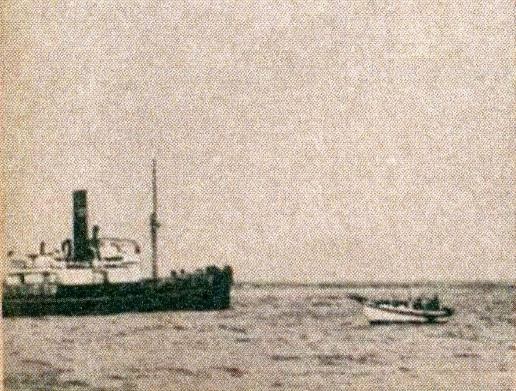 Great find George. Looks like they ditched instead of a wheels down landing- Or did they set down on the beach and the tide took "Aso?" Was the a/c ever salvaged?