We start this year with a photo of an unfortunate "Gekko". According to FAOW#57 it belonged to a small night-fighter unit attached to the headquarters of the 51 Koku Sentai. The accident happened in the summer of 1944 near Atsugi base when the early production Model 11 "Gekko" piloted by Flight Petty Officer Murozumi accompanied by reconnaissance Flight Petty Officer 2nd Class Ikeda experienced engine troubles. Both survived the crash-landing uninjured. The "741" on the tail is the marking of the night fighter unit of the 51 Koku Sentai. 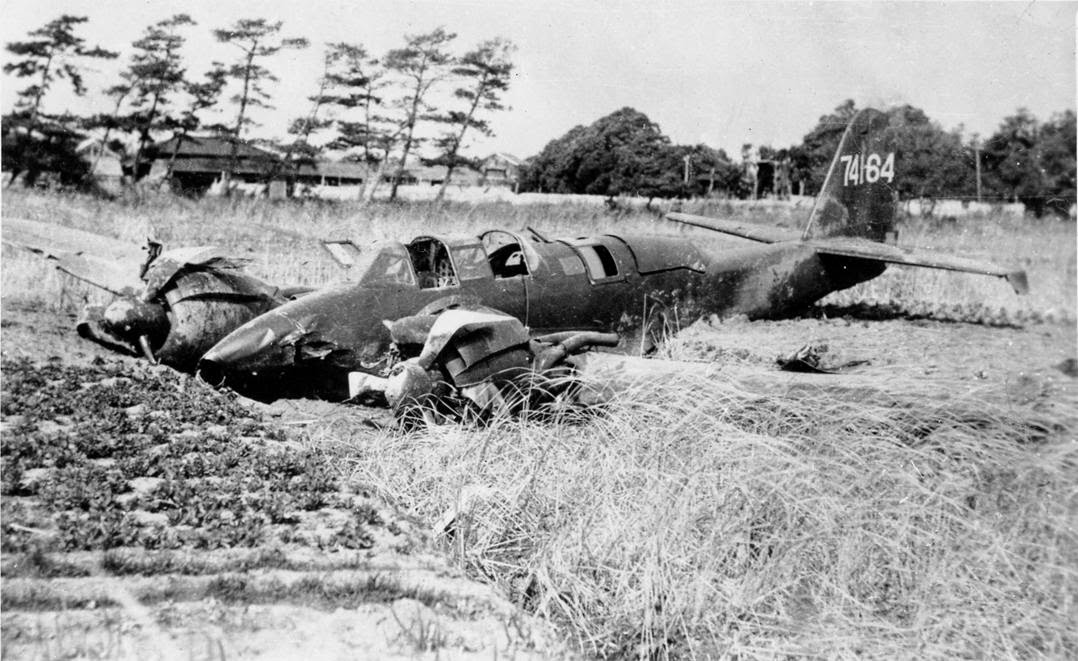 According to "Nihon Kaigun Yakan Gekigekisen" (A History of JN's Night-Fighter Units)* by Watanabe Yoji which is the ultimate book on the IJNAF night fighters, the accident occurred in June 1944 and the crew members were Flight Petty Officer 1st Class Murozumi Kenichi and Flight Petty Officer 2nd Class Ikeda Hidekazu.

*Limited number of copies are available. Email us for details if interested.
Posted by Arawasi