Photos from NARA today of the most famous 68 Sentai "Hien", a Kawasaki Ki-61-1 Ko belonging to the 2nd Chutai and flown by ace Lt. Tarui Yoshimitsu, found in Hollandia, New Guinea in April 1944.
Note the rough green camouflage over the unpainted aircraft applied with an airbrush and the thick white band with the rather rough red surround indicating that this particular plane belonged to a chutai-cho. Note also the brown prop and spinner. 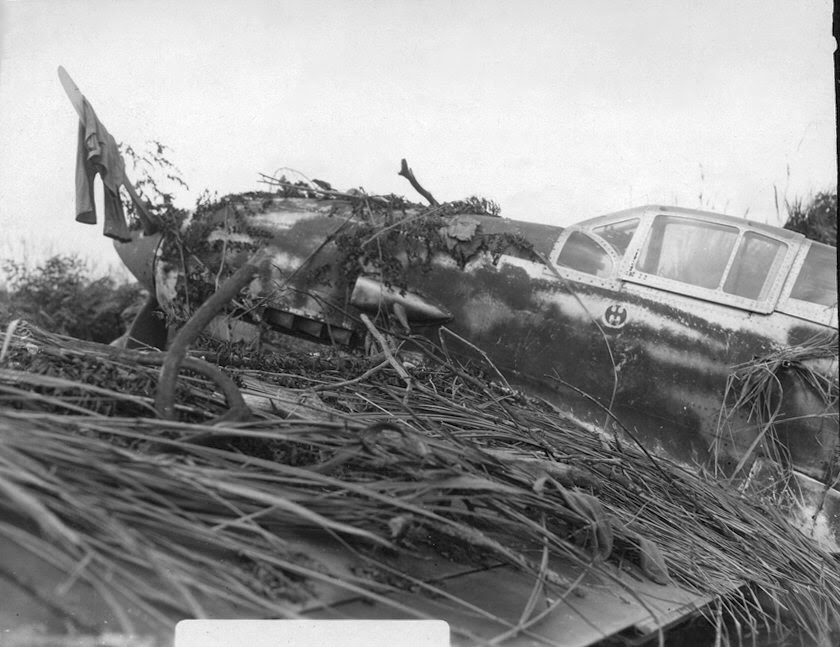 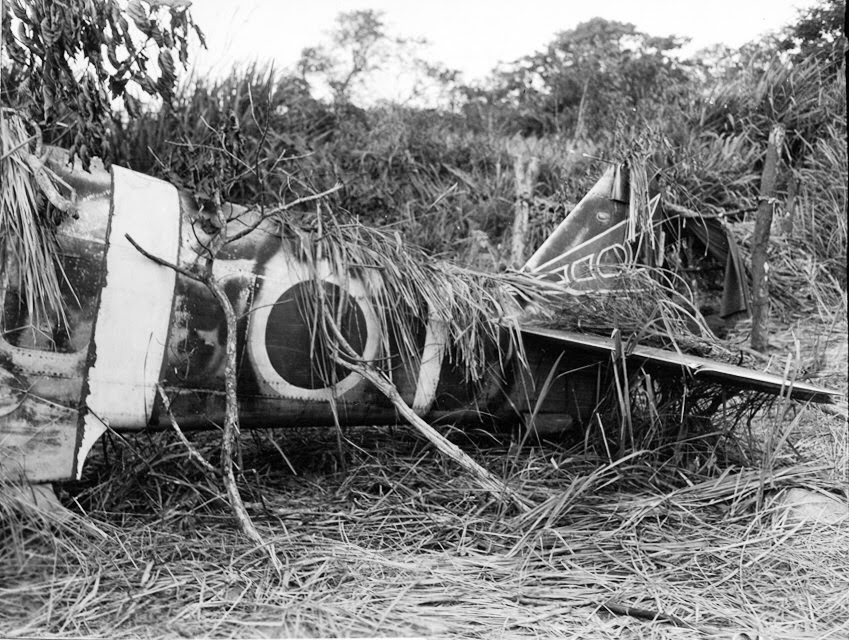 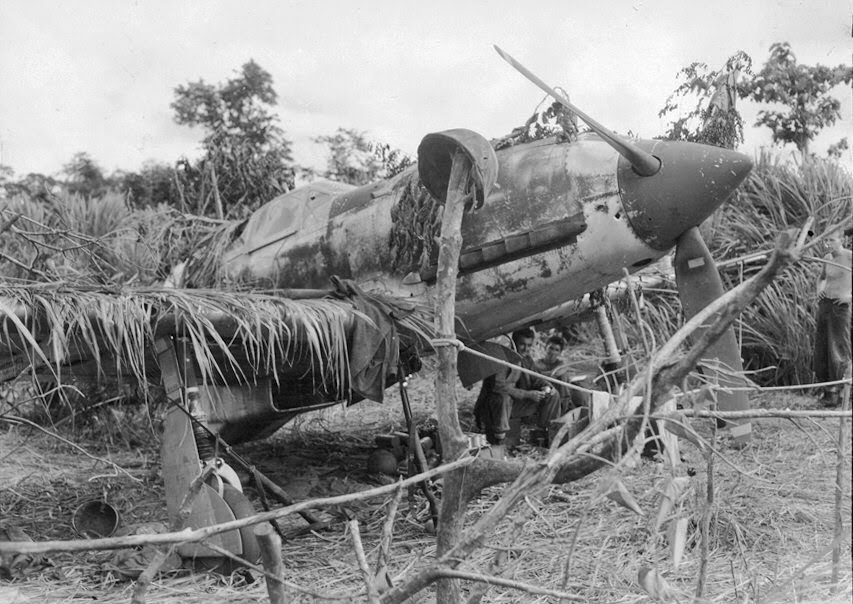 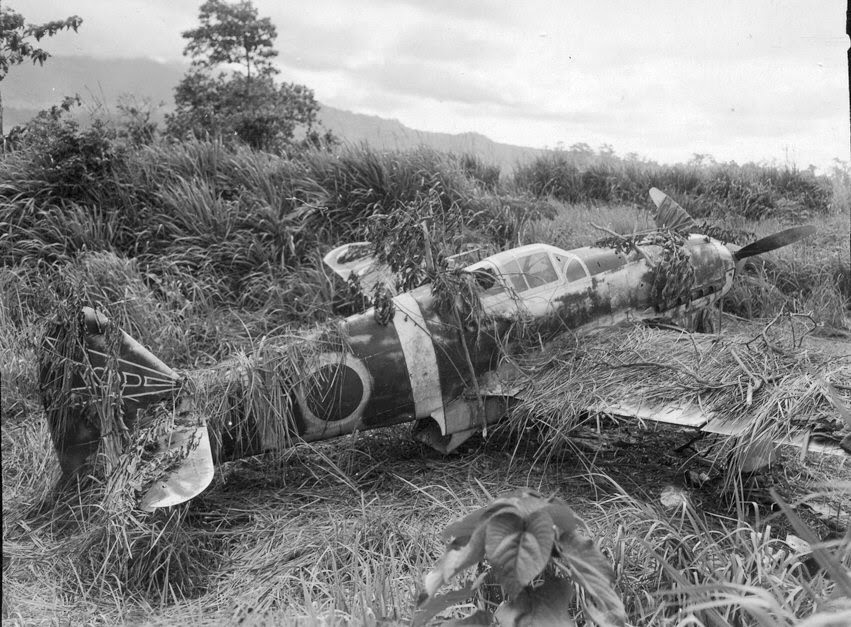 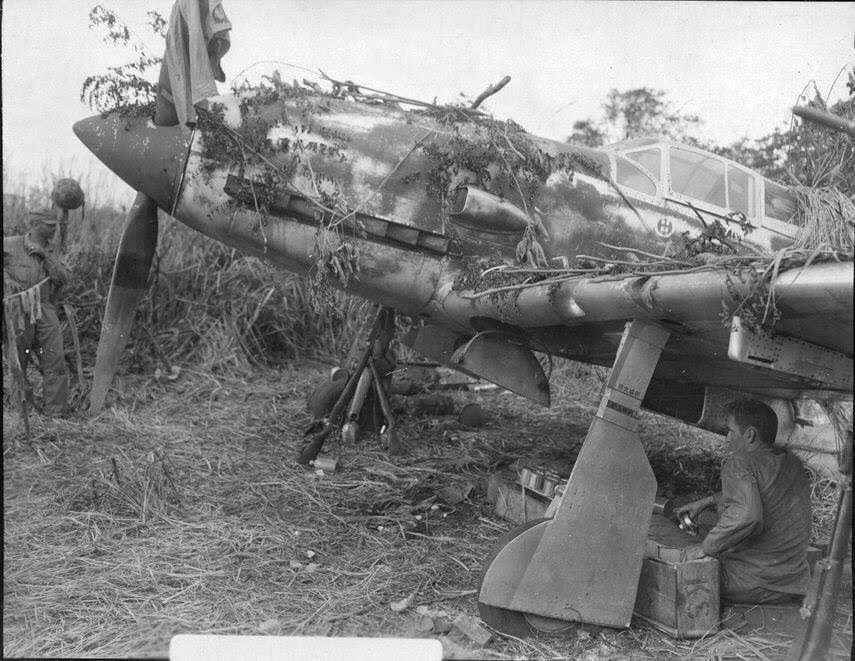 Close up of the above photo reveals the red star on the 20mm cannon muzzle.

Stencils on the wheel covers saying (top) "saidai kansho" (maximum shock absorber) and right below it is a line that indicates the maximum point of plane weight and oleo pressure. The stencil under it says "chijo seishi" (ground stationary) and indicates the normal position of the shock absorbers when the aircraft is stationary on the ground. 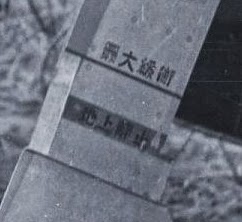 Note also that most, if not all, the rivets are flash. So no chickenpox scars or acne on your models please.

The last close-up reveals a very special marking applied only on the port side of the plane right under the cockpit. It's a personal marking of Lt. Tarui and the photos are just not clear enough to see all the small details. It is definitely a bird, not a pterodactylus, and the most possible would be an eagle (wasi) as in Arawasi, a hawk (taka) or a three-legged crow (yatagarasu) since these are the most common Japanese crests (kamon) depicting birds, apart from cranes (tsuru), peacocks (kujaku) and the most common of all wild geese (kari); but the last three are not particularly associated with fighting aircraft and do not appear in any unit marking.
We lean towards the yatagarasu. There is some space between the body and the tail and probably this is where the third leg is depicted.

For the three-legged crow Wikipedia explains:
"In Japanese mythology, this flying creature is a raven or a Jungle Crow called Yatagarasu (八咫烏?, "eight-span crow") and the appearance of the great bird is construed as evidence of the will of Heaven or divine intervention in human affairs.
Although Yatagarasu is mentioned in a number of places in the Shintō canon, the depictions are primarily seen on Edo wood art, dating back to the early 1800s wood-art era. Although not as celebrated current day, the crow is a mark of rebirth and rejuvenation; the animal that has historically cleaned up after great battles symbolized the renaissance after such tragedy.
Yatagarasu the Crow-God himself is symbolic specifically of guidance. This great crow was sent from heaven as a guide for Emperor Jimmu on his initial journey from the region which would become Kumano to what would become Yamato. It is generally accepted that Yatagarasu is an incarnation of Taketsunimi no mikoto, but none of the early surviving documentary records are quite so specific.
In more than one instance, Yatagarasu appears as a three legged crow in Kojiki.
Both the Japan Football Association and subsequently its administered teams such as the Japan national football team use the symbol of Yatagarasu in their emblems and badges respectively.[14] The winner of the Emperor's Cup is also given the honor of wearing the Itachi emblem the following season."
We can only add that the three legs symbolise the earth, the heavens and the humans. 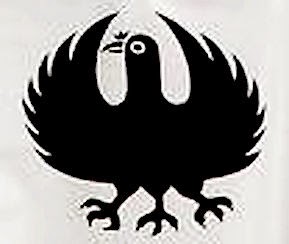 According to the NARA caption the particular aircraft was taken apart and moved to a different location for evaluation. 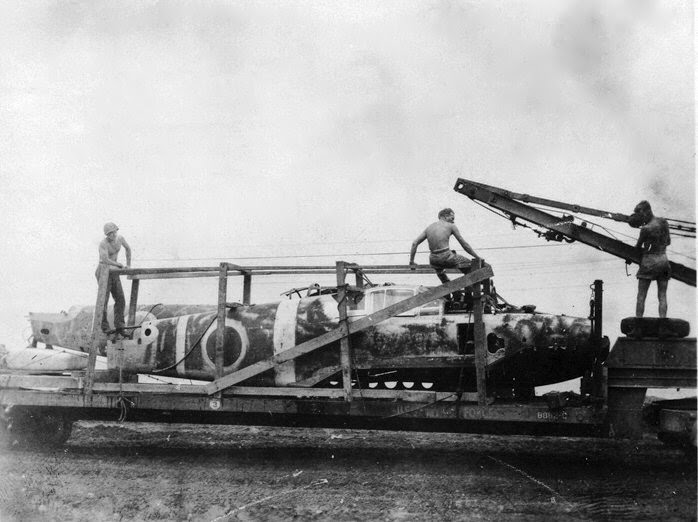 Hasegawa has released a kit, number 8190, of this particular aircraft in 1/32 but the personal marking is not included in the decal sheet. A prudent decision since the exact shape, the design and the colours are not clearly discernible.

Especially the first five photos are exquisite!Thanks for sharing!

Agree with Panagiotis, great photos!
It would be interesting if a better photo of the "crow" marking turns up someday.

This 68th Sentai Hien was found at Cape Gloucester, New Britain Island on December 1943 after the US Marine invasion.