More NARA photos today, this time of a Kawanishi N1K2-Ja "Shiden-kai" Model 21ko found at the end of the war in the Akishima factory of Showa Hikoki in Tokyo. It was sent there as a sample since Showa was going to start producing the type under licence from Kawanishi together with Mitsubishi and the 21st Navy Arsenal. Eventually Showa produced only two "Shiden-kai" by the end of the war. Note the Japanese built DC-3 in the background.
The original NARA caption is most interesting:
"Front view of the Shiden-kai fighter-bomber, Japanese copy of the P-47. Only two of this model were manufactured, one for the navy and the other for the army. Neither of them have been flown." 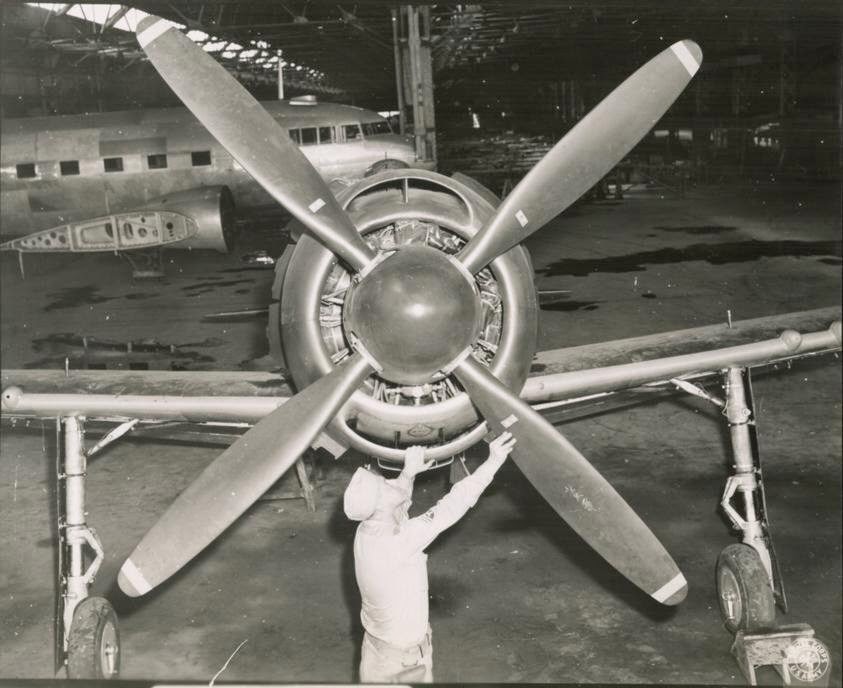 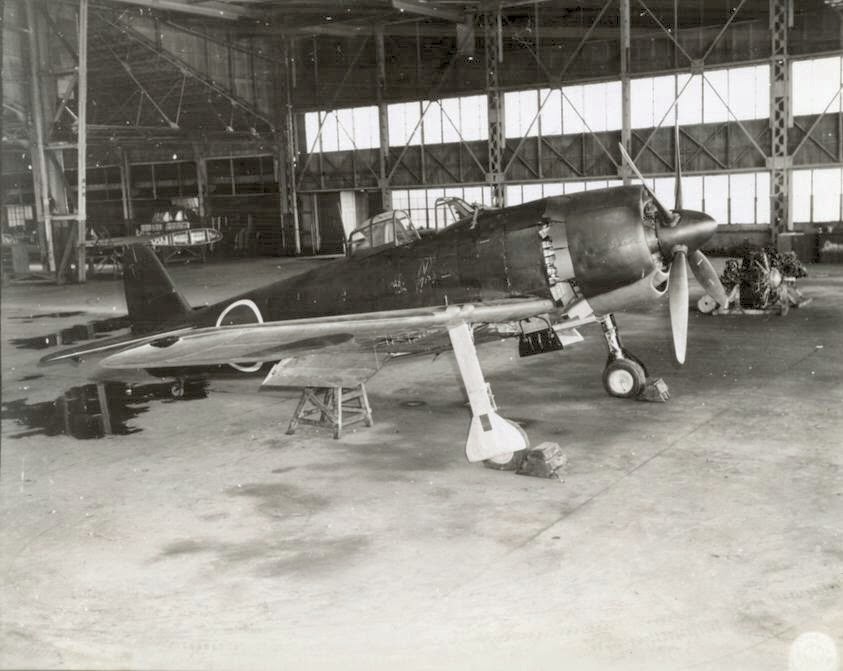 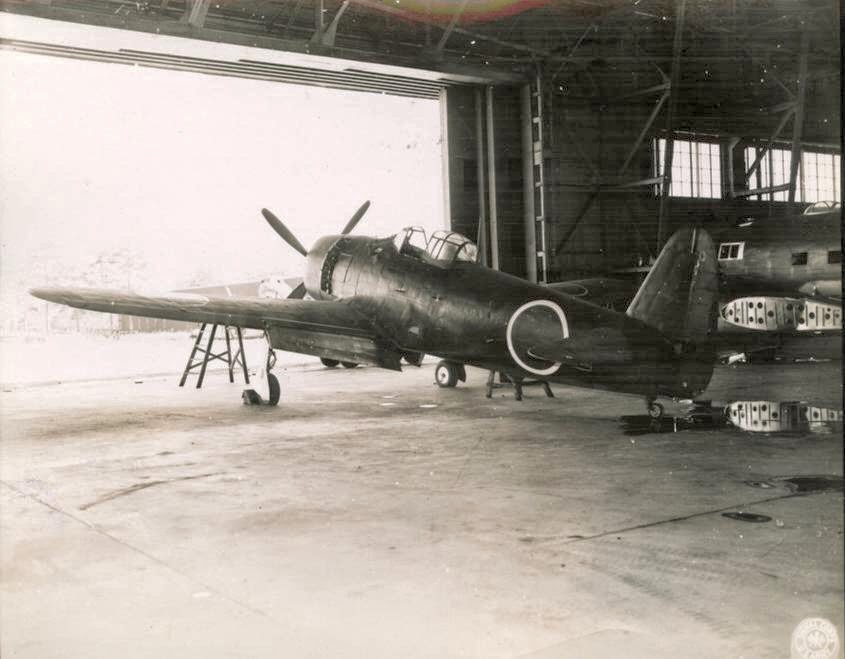 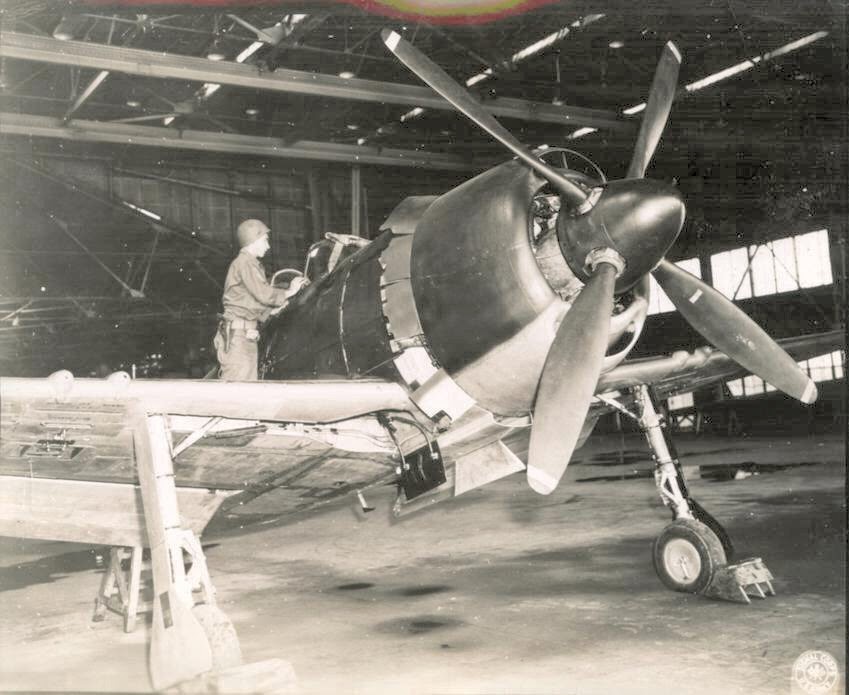 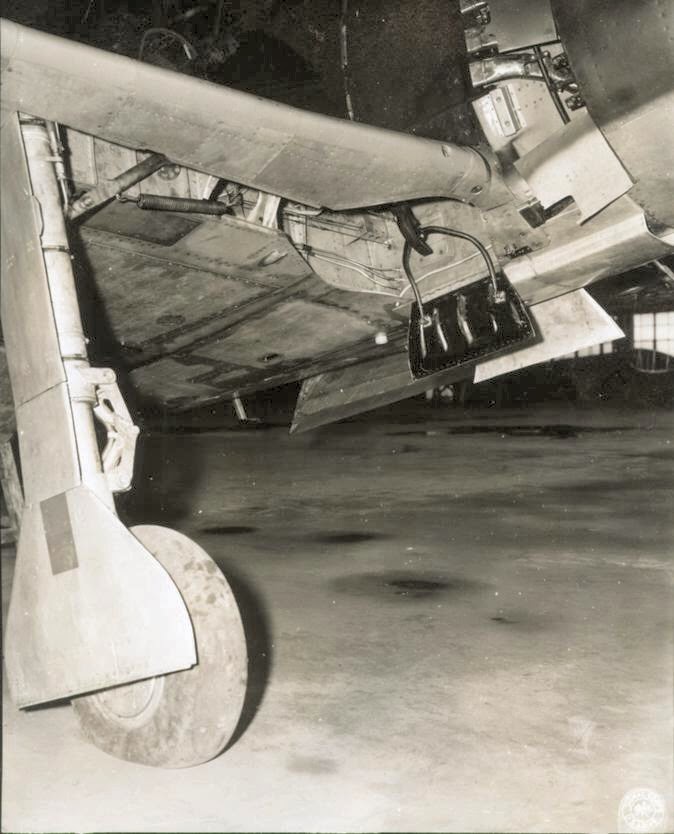 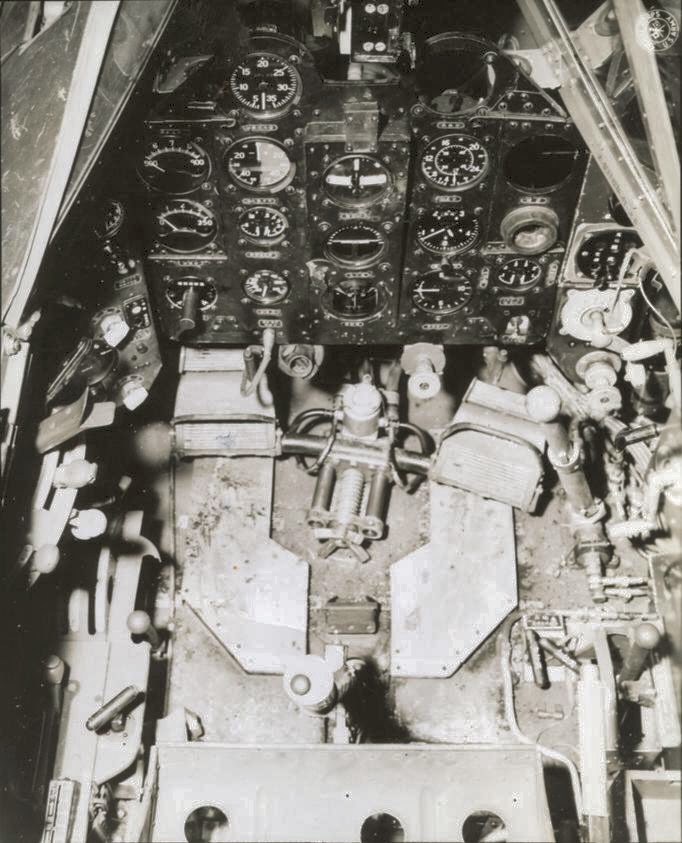