Since "Kamikaze" & "Special Attack" is the subject of our currently running contest, here's a follow up of our older post on the Yokosuka MXY7 "Ohka", HERE, with some most interesting photos I discovered HERE (the source of each photo is mentioned in the Japanese blog).
Enjoy!
First up a set of color photos. According to the caption: Japanese YOKOSUKA MXY7 OHKA ("BAKA") piloted flying bomb which had been captured intact by Marines on Okinawa. Photographed 26 June 1945, while under study by experts at N.A.M. Navy Air Material Unit. 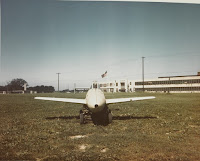 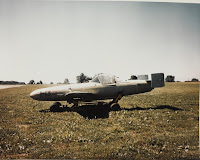 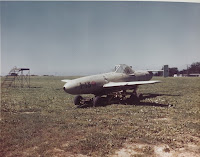 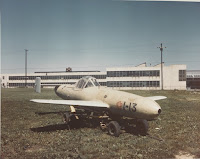 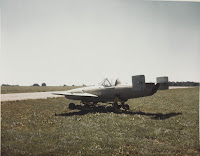 Next a set of two photos featuring different "Ohka" towed by US personnel. An excellent subject for a diorama at least in 1/72.

And finally, another very interesting photo for a diorama. According to the original caption: Fleet Admiral Chester W. Nimitz, USN, returns triumphant to Washington, D.C. at the end of World War II, for a parade in his honor, October 1945, down Pennsylvania Avenue. Here, a captured Japanese Suicide Baka Bomb is shown to the crowds. 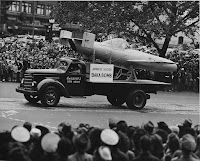 Yes, very interesting photos. I have always felt that the term "Baka bomb" was rather derogatory, as was the intent at that time. People still use it when referring to the "Ohka".
Indeed there are plenty of diorama ideas to be had here.