IPMS Fort Worth "Supercon"
Sept. 11, 2021
After a skipping a year due to COVID, the "Supercon" is back, and so were the entries, particularly those of a Japanese flavor. The very first example of which I came upon was a nicely presented A6M-3 diorama, the camouflage being quite interesting. Standing out quite well on it's own, was an all white G4M under new management, and a green crossed Ki-51 "Sonia" followed that. There were two nice B5N "kates" and a very attractive A5M "Claude" on the tables as well. Other examples that caught my attention were a NMF Ki-44, a well weathered Ki-84 in home defense markings, a Diorama of a F1M "Pete", and a captured P-51B.
There was one entry representing the modern aspect of Japanese aviation, a Mitsubishi F-1, but it made for an interesting contrast to what is normally seen.
One other thing stood out, or more to the point, two: The tan colored Zeros. I'm not going to say too much about this, I do feel that they are off on the color (A discussion for another time). Otherwise, the models are nicely done.
Overall, a good show.
- D. Chouinard - 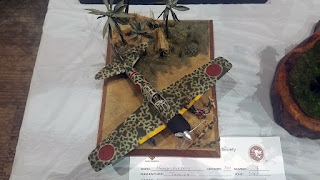 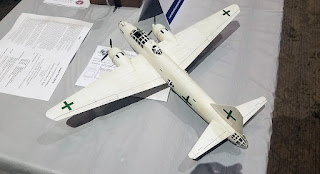 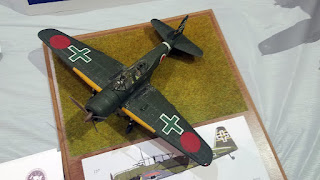 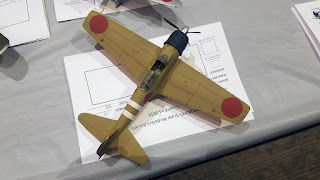 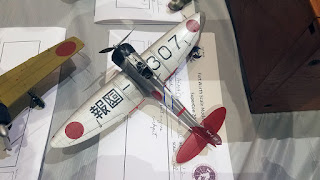 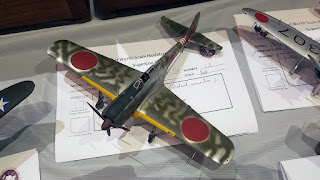 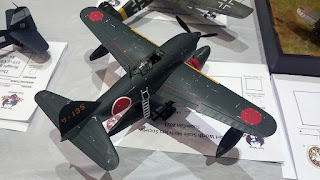 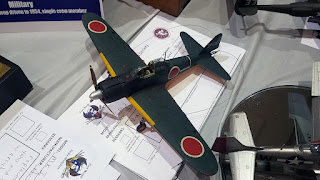 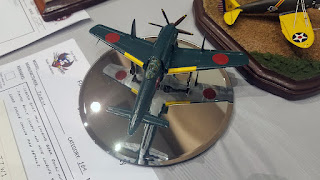 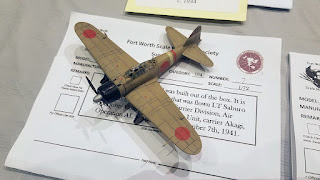 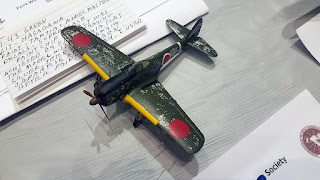 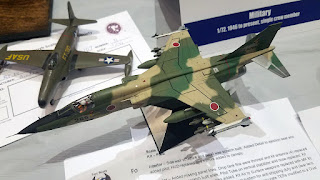 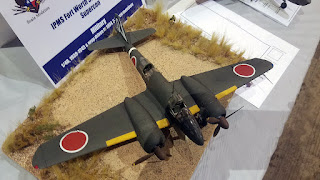 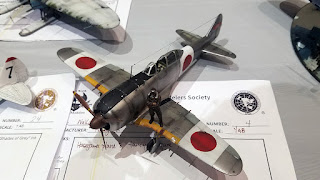 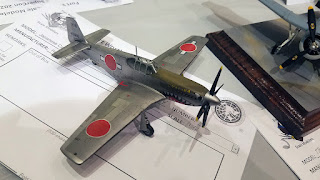 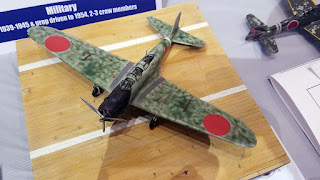 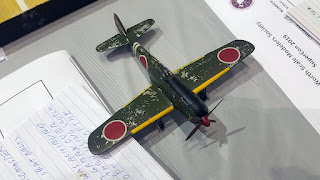 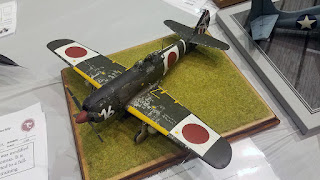 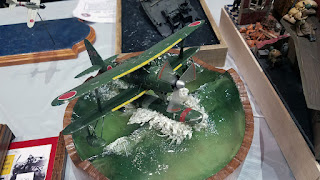