In this series of photos from a May 15, 1945 vintage magazine a Mitsubishi Ki-46 "Dinah" is on a photographic mission over the recently US occupied Okinawa. 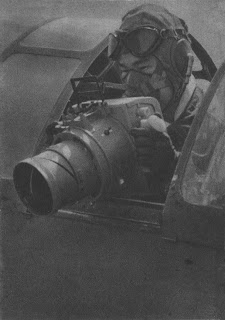 The rear observer in a photo taking position. He's holding a Type 100 hand-held aerial camera, standard equipment for the "Dinah". 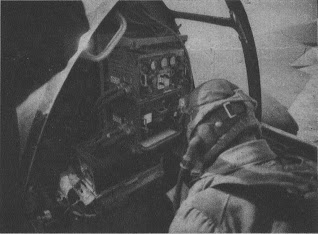 A rare view of the observer's position showing the Army type 99 Hi Mk 1 radio. The transmitter is on the top and the receiver on the bottom. 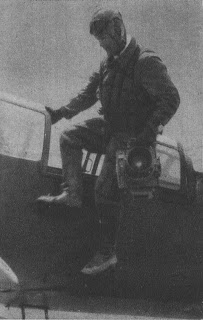 According to the caption, the photo above was taken after the crew had returned from their mission over Okinawa. Note that the observer is wearing a life-vest, only natural for missions over water. 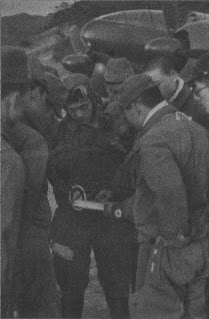 The pilot is explaining the enemy positions to the unit commander. Note the Ki-46-III in the background. 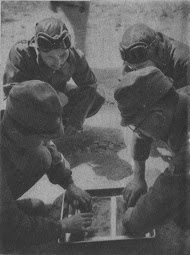 The caption of the photo above mentions that the films are being developed... 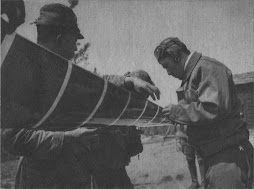 ...while in this one the crew are going through the details seen in the developed film. 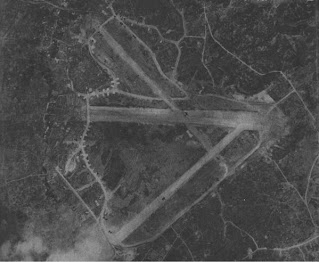 Finally, a photo of Yontan or Yomitan or Kita airfield of Okinawa showing the various improvements the US forces have done on the original strip.
Posted by Arawasi

Did they have a radio that actually worked by then? Anyway I always thought their aircraft had aesthetics going and the Ki 46 was no exception. Apparently still relatively fast enough to get in and out of our controlled airspace before we could've caught up with them.