The aircraft featured in this set of photos from vintage publications are Lockheed Super Electra Model 14-38, 14-passenger transports of which 30 were exported to Japan. A first batch of 20 started to be imported from March 1938 by the Army and another ten were imported by Nippon Koku starting from June of the same year. The type was also produced under license by Tachikawa but there were problems with unpaved airfields and complains about the limited cargo. Kawasaki undertook to fixing these problems with famous aircraft designer Doi Takeo as leader of the team. Design work started in September 1939 under the designation Army Type 1 Freight Transport Ki-56 and the first aircraft was completed in the middle of November 1940. 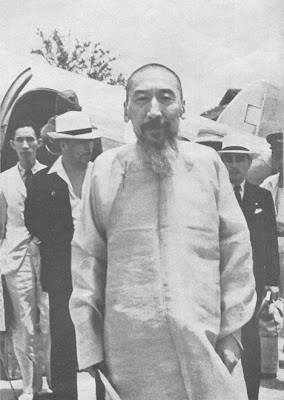 In the above photo featured in the September 1, 1940 issue of magazine "Kokusai Shashin Joho", Wang Yitang, Minister of the Examination Yuan for the Nanking (Nanjing) collaborationist government led by Wang Jingwei, is flying to various cities around China in a Super Electra since the establishment of the new government in March 1940. Note the guy behind him on the left something between a Japanese yakuza and a Chinese Triad member. The plane probably belongs to the China Aviation Company. The cropped guy on the far right of the photo is wearing a cup with what looks like the emblem of the airline. 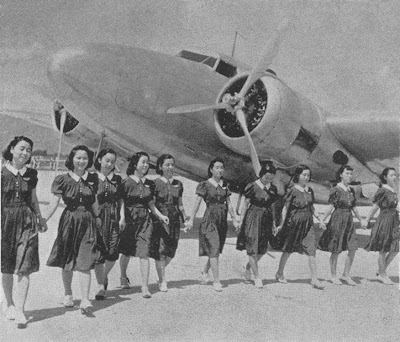 Japanese flight attendants, called "Air Girls" back then, of the China Aviation Company are posing for this photo commemorating the first time they flew in the Dalian-Shanghai service of the airline on August 17, 1940. To me they look more like school-girls if it wasn't for the pin with the company emblem and I'm certain I would prefer to be serviced by them instead of the uptight flight attendants with the plastic smile I occasionally encounter. 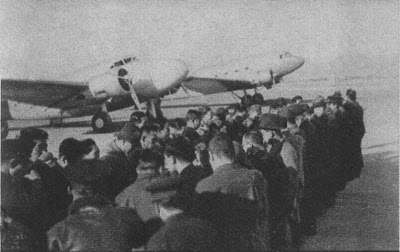 In the photo above passengers and China Aviation Company personnel celebrate the inauguration of the new Peking-Shanghai route on March 14, 1939. A company pilot wearing a leather jacket with a fur collar and a pilot's cup can be seen in the foreground. Note the Douglas DC-2 in the background next to the Super Electra
Posted by Arawasi