After a long break from modelling I decided to return and this P-40E was one of my first projects.
I usually decide to go for something un-expected, this P-40E was no exception. Instead of the usual Flying Tigers/RAF shark mouth motif I went with an un-known subject for some modelers. The Japanese used P-40s for combat and testing purposes during the war, the example I chose was "White 3" assigned to the Koku Gijutsu Kenkyujo (Air Technical Research Laboratory).

There are several photos to use as reference material, but I decided to make this P-40  in derelict condition, some chipping to hinomaru and paint in general. I used the book Nihongun Hokakuki Hiroku ordered from Arawasi, very beautiful and a must have if attempting any of the aircraft that Japan captured and used.
The kit itself is mostly all original, I used a small mixture of KMC aftermarket P-40 cockpit parts and some scratch building. The engine was from the kit itself (Otaki 1/48 P-40), but I did a lot of work on her with connecting wires and editing the exhausts and adding some additional touches to make it appear worn and in a distressed condition.

Here are the final results: 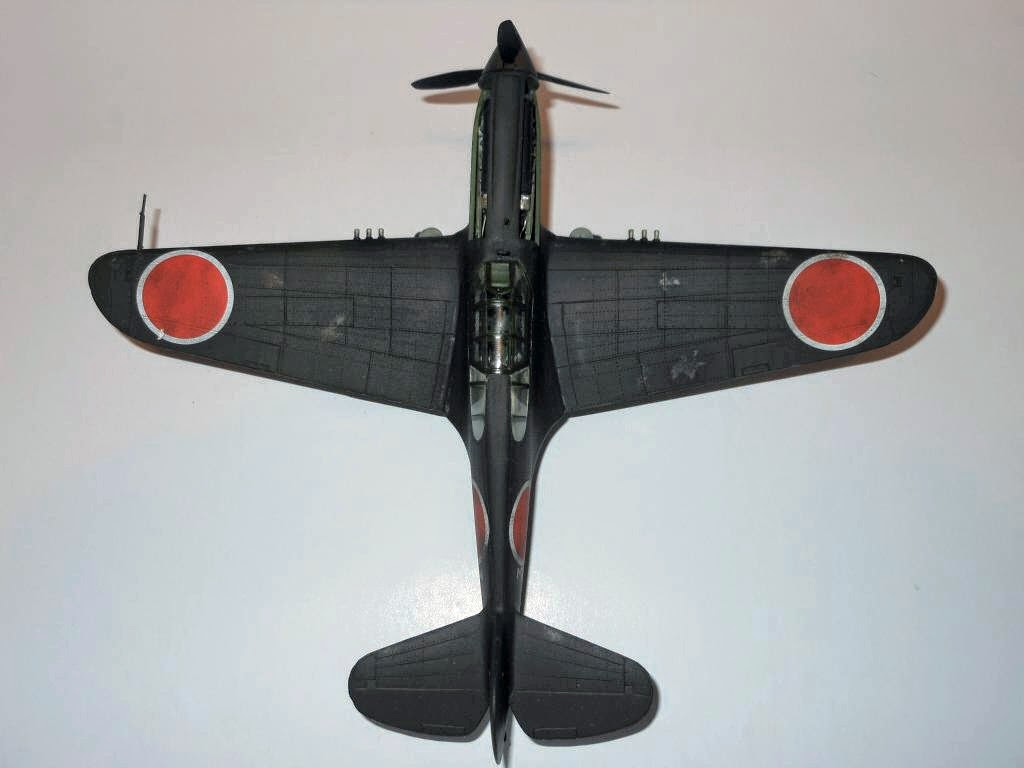 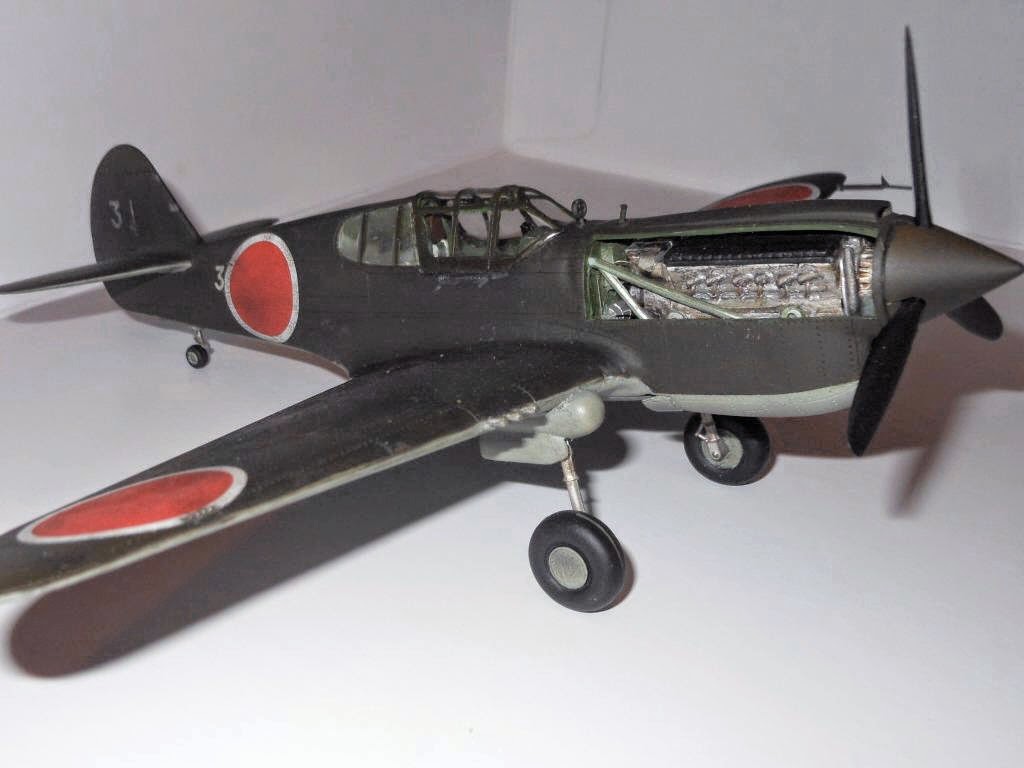 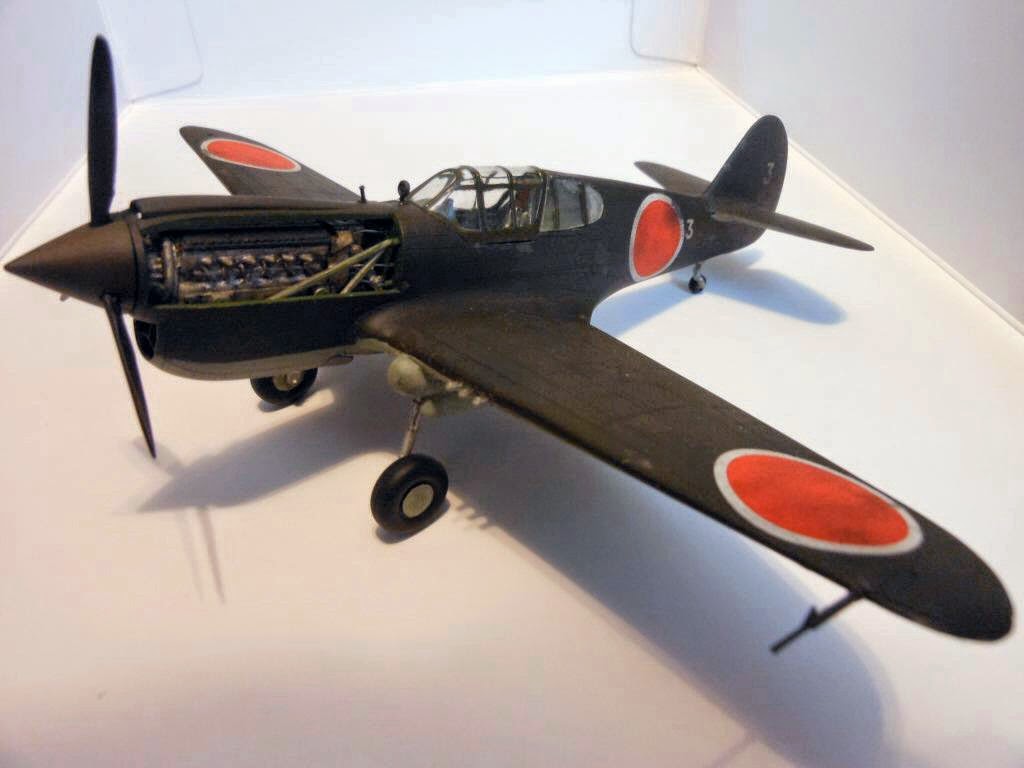 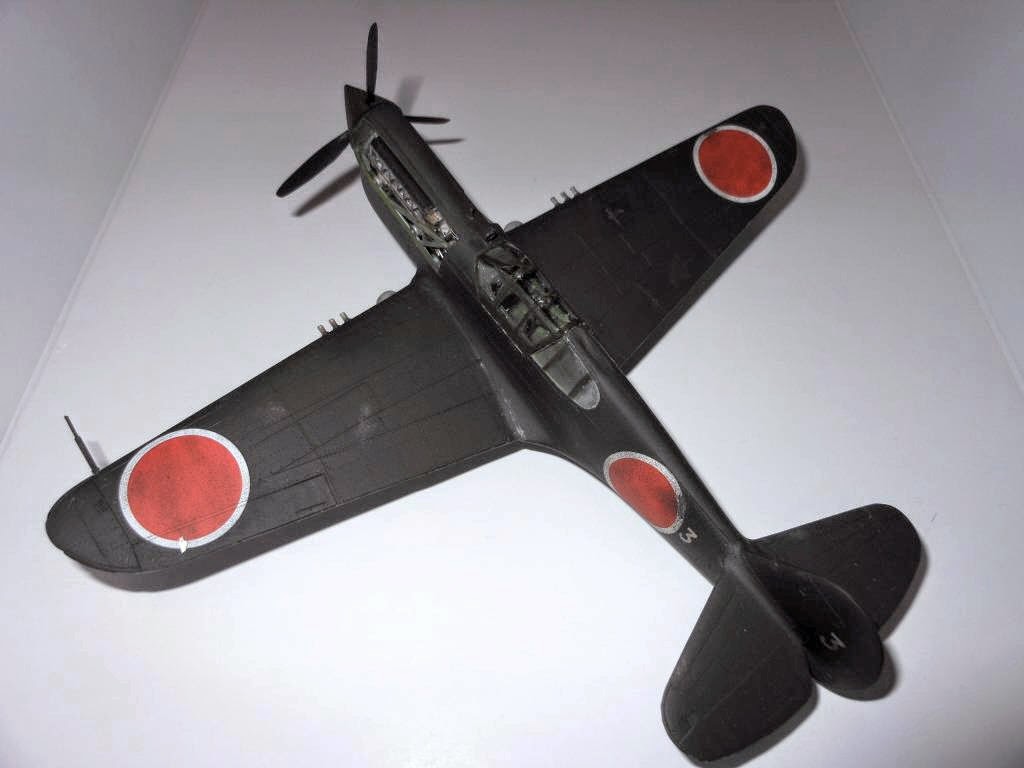 Once completed the aircraft was entered in CAPCON 2011 and she was able to achieve a
2nd place finish :) in its division.

I really enjoyed completing the model and researching the history behind it.
Since then, more planning has been undertaken and by the end of this year I'm hoping to complete some more Japanese aircraft models to add to my collection.
Igor Kabic - Ottawa, Canada
Thank you very much Igor for sharing photos of your splendid model with us. We hope to feature more of your Japanese aircraft models on our blog.
The book Nihongun Hokakuki Hiroku is available from our on-line store HERE.
Posted by Arawasi