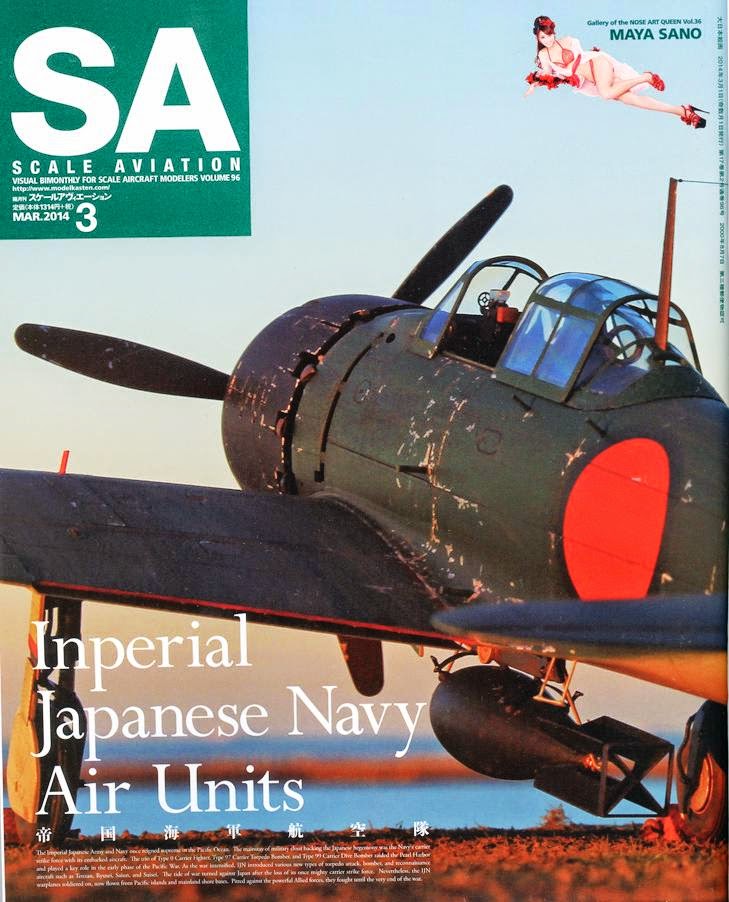 After admittedly many years I found a "Scale Aviation" issue enough to my liking to purchase when I saw it at the bookshop. Apart from the excruciatingly borrrrring non-Japanese aviation subjects festering the magazine's pages that turned me away from this quite interesting magazine when originally released, I never succumbed to the rather cheap way of keeping nerdy readers interested by featuring scantily clad female models and naming them "Nose Art Queens".
Their March 2014 issue though is dedicated to the "Inperial (sic) Japanese Navy Air Units" with some highly inspirational and brilliantly built models, including an amazing A6M2 Model 21 and Model 52 duet in 1/32 by Koji Ito, a splendid B5N1 "Kate" in 1/48 by Matsumoto Syu-hei, a colourful "Kyofu" racer by Sumiya Junichi for those who think Japanese planes are boring, a marvellous diorama with an A6M2 in 1/48 by Masato, a fantastic "Shiden-kai" in 1/32 by Yabuki Takayuki and three pages full of "Hayabusa" side profiles excellently executed by Nishikawa Yukinobu under the auspices of Lifelike decals "sacho" Yoshimura Hitoshi.
Perhaps their next "ScAvi" issue will be a special on the IJAAF but I'm not holding my breath.
Recommended wherever you can find it. 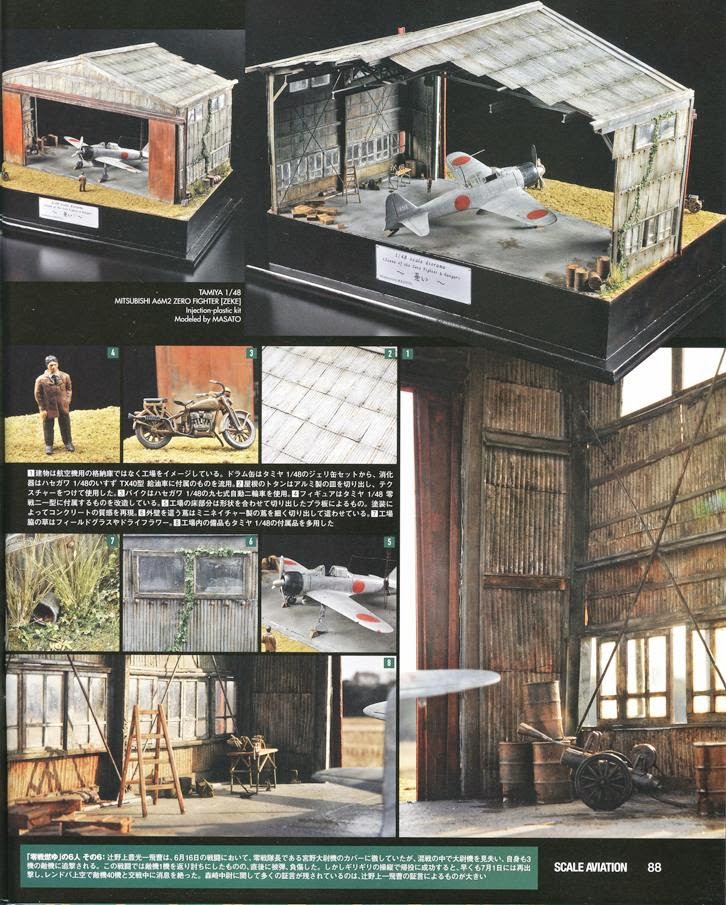 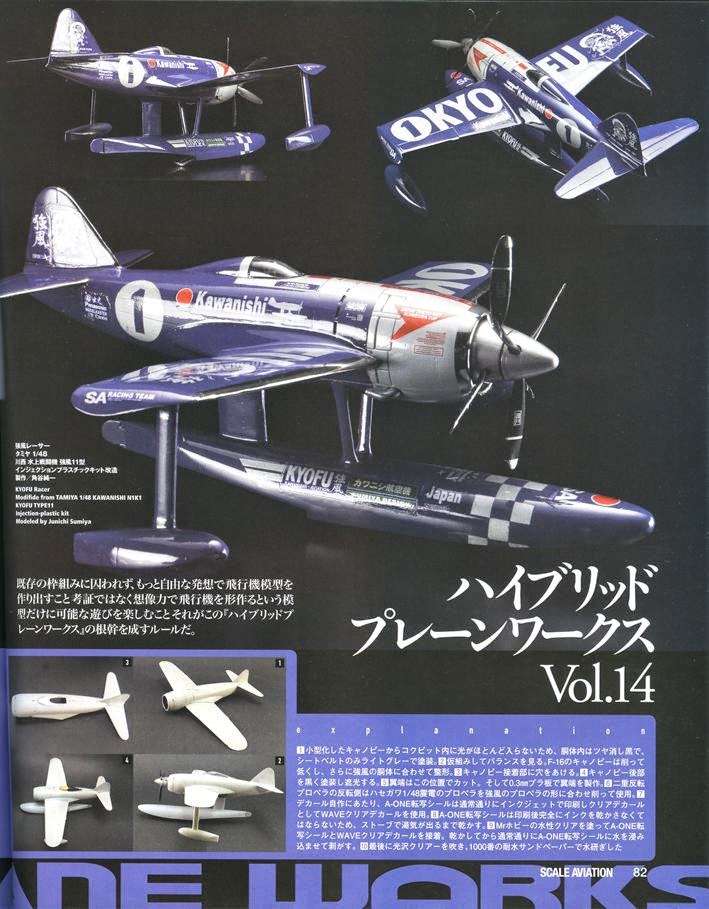 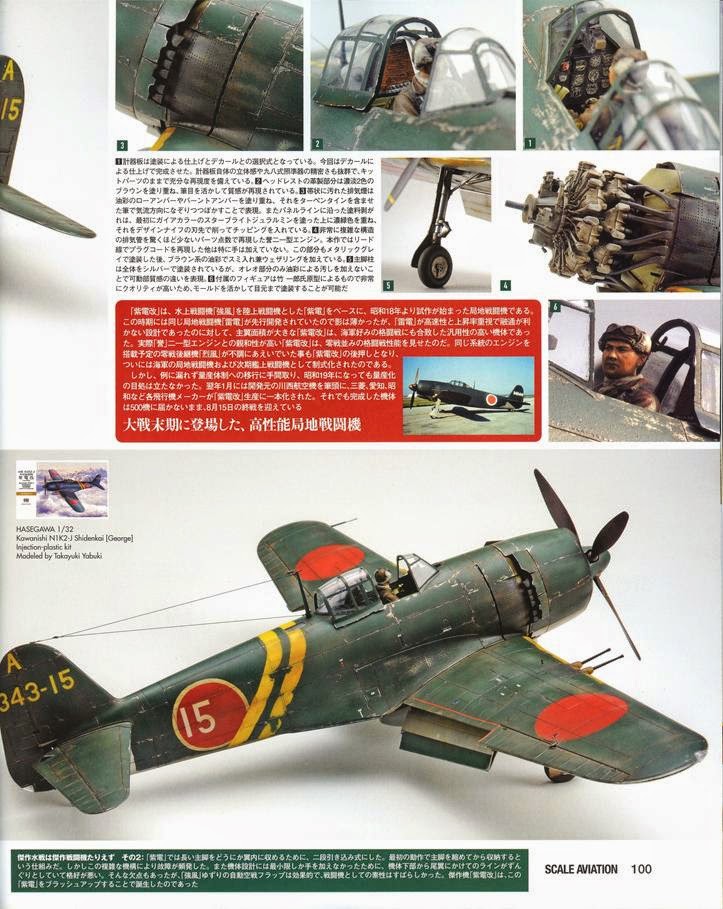 I also picked this magazine up at my local hobby shop here in Hong Kong. Wonderful models in it - I opened it on the bus during the ride home, and of course the first thing on the page is the half-nude girl. Needless to say, the woman sitting next to me with her child was not impressed...

I'm very curious about the racer. It was a real one? Sadly I can't buy the magazine. Shipping too costly.

Not really, Alcides. But certainly fun to build as a model.