We continue the series with the IFF stripes of the various Zero-sen types.
As we saw in the first part of the IFF stripe series, the official order to apply them was given on October 5, 1942, therefore all Zeros produced before that date should not have them. So, Pearl Harbor and Midway Zeros...no IFF stripes. Of course Zeros that were produced before that date but were still around had them applied at one stage or another, often (but not always) with a top green camouflage. This means they had them applied at a depot or a local unit level, therefore there shouldn't be any particular pattern to follow. In other words, don't expect front line A6M2s with green camo and perfect IFF stripes.
According to the production data featured in R. Mikesh's "Zero" (Motorbooks International, 1994) Mitsubishi produced A6M2 Model 21 until June 1942 while Nakajima until February 1943. This means that no Mitsubishi produced A6M2s should have a factory applied IFF stripe, while about 700-800 Nakajima built A6M2s should have the IFF applied at the factories.
According to Nohara Shigeru, early stripes were thicker than later ones. Although he does not identify the reason, I believe it was because some were applied at the depots and some at the factories.
There are not many photos of A6M2s with clear IFF stripes. Below is one example from a Japanese mainland based training unit and illustrations showing the difference between early and later types. 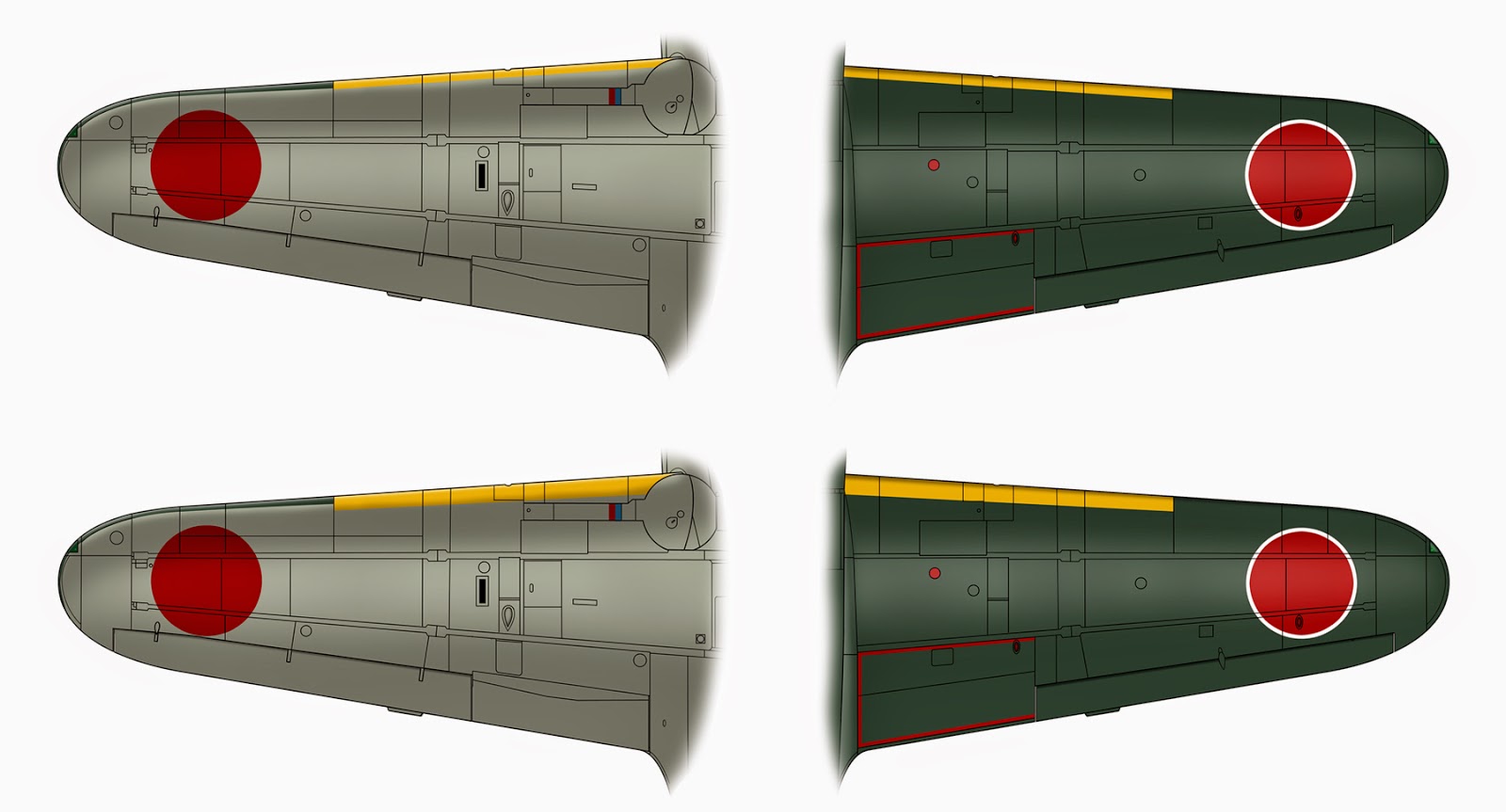 About half of Mitsubishi produced A6M3s (Nakajima didn't produce any) were delivered after October 1942, so expect some to have factory applied IFFs but be careful and closely check with your photographic sources whether your modelling subject has them or not.
Mitsubishi and Nakajima produced A6M5s. Nohara and AFAIK other Japanese researchers too, explain that Nakajima built A6M5a had thinner IFF stripes than those built by Mitsubishi. In fact on the Nakajima built ones the IFF stripe was a standard 105mm thick. I'm not sure whether this assertion is based on surviving official Nakajima regulations or on observations based on photos and possibly relics. Photos of A6M5 show a relative variety of thickness. We present below some photo samples and artwork of A6M5a and A6M5c wings. 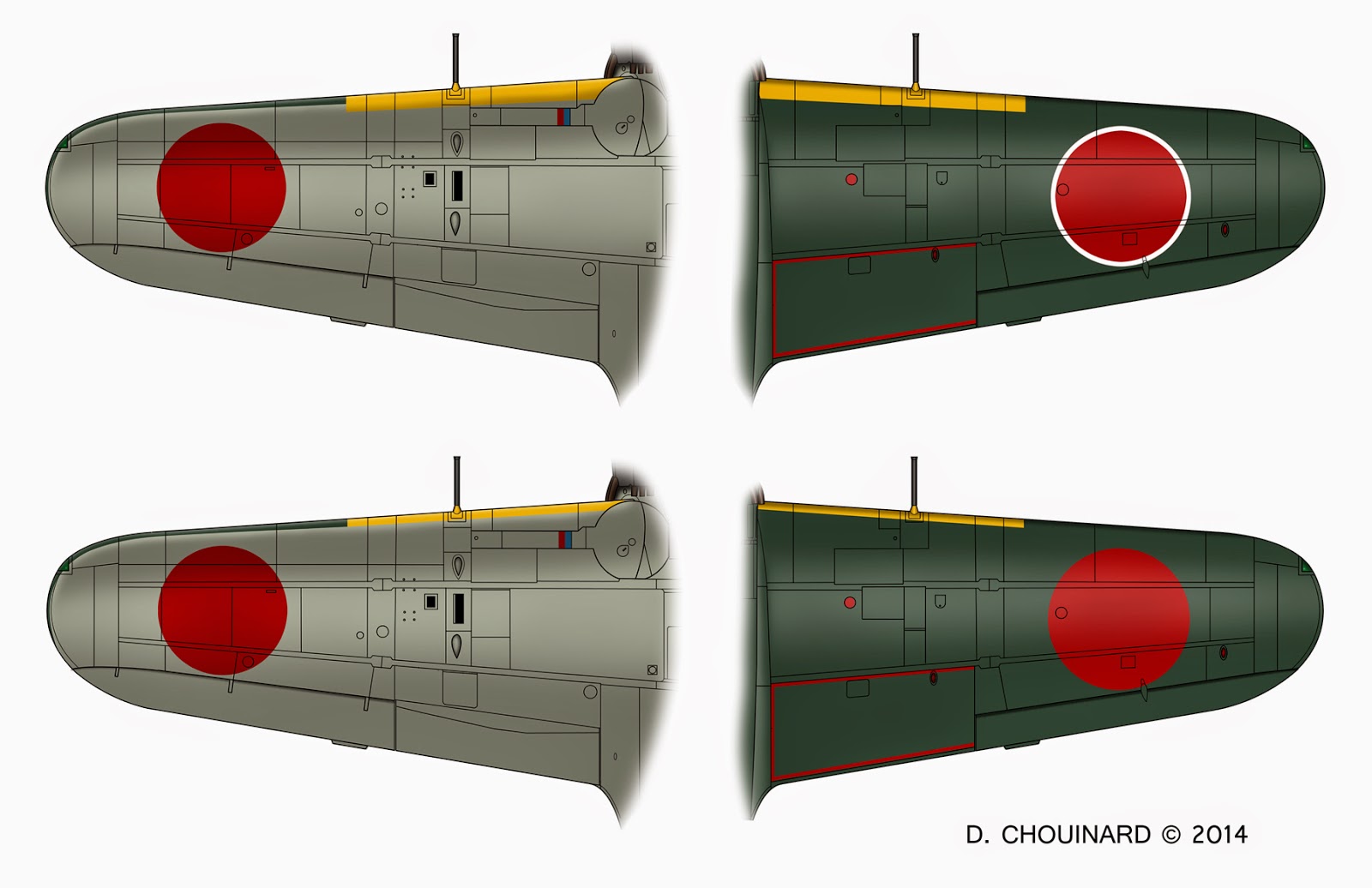 Oh thank you. It is a fortune, that all my Zeros are in the pipeline, and waiting for beeing build. Without this information, I would have devinitly wrong done it.
Sincerely
Bernhard