A line-up of Navy Type 13 Carrier Attack-Bomber or Mitsubishi B1M of the Tateyama Ku, marking is "タ-" (TA-). It's one of the oldest IJNAF units organised on June 1, 1930 in Tateyama city, Chiba prefecture to ease off the congested Yokosuka Ku and to protect the Tokyo bay area. It could operate land-based aircraft and seaplanes and when established it had in its strength carrier fighters, carrier attackers, reconnaissance seaplanes and flying boats; eight of each. It was nicknamed "Tateku".
On December 15, 1944 merged with the newly organised 903 Ku. 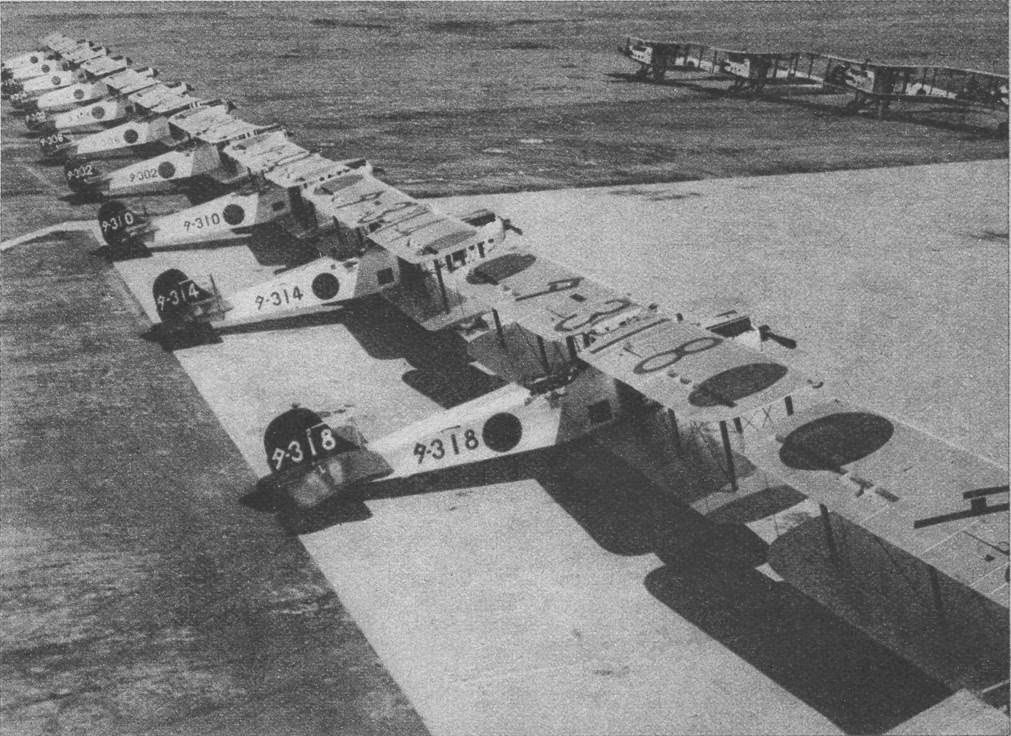