Recently Mr. Samuel Hui from Taiwan had the chance to meet a veteran of the Manchukuoan Air Force (MAF), Mr. Su Huan-chung, and was kind enough to pass some questions we had.
We hope you will find this extremely rare interview translated by Mr. Samuel Hui to your liking.
Readers of our publication "The Eagles of Manchukuo" (HERE) will be familiar with some terms and names. We would also like to apologize beforehand to our Russian friends but we hope they will understand that it would be inappropriate to "censor" some of the answers. 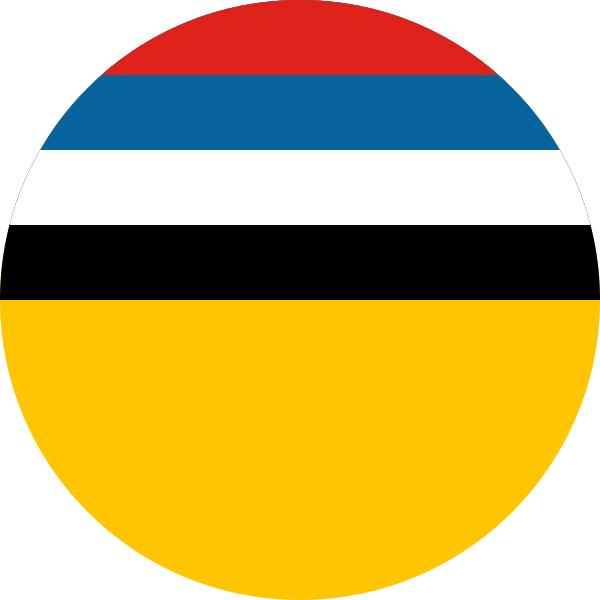 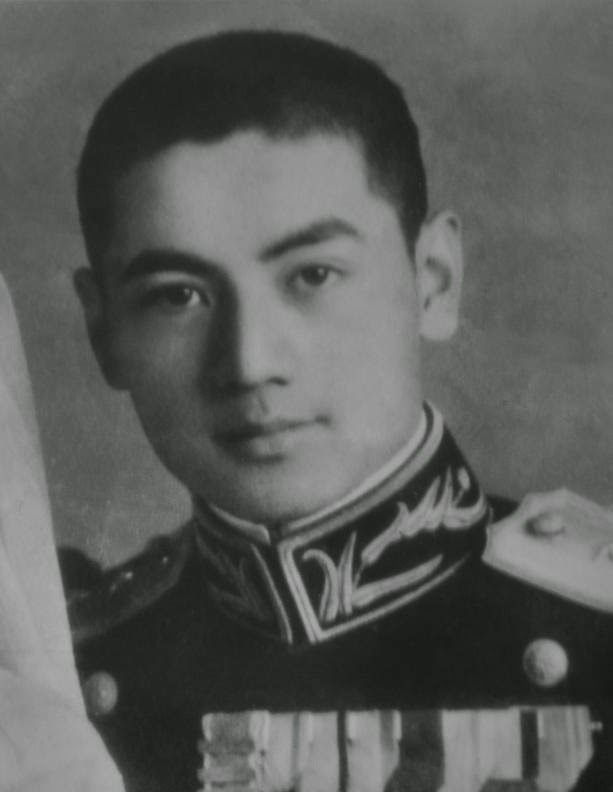 1. How were you chosen to become a pilot? Were there other Chinese pilots with MAF? If yes, how many approximately?
Answer: Originally, I wanted to study medical science, but my family did not have enough money to send me to Southern Manchurian Medical School. For this reason, I decided to get into the Manchukuo Army Academy located at Hsinking (Changchun) in 1938 when I was 17. I graduated two years later from the Army Academy and was selected to receive pilot training at the Manchukuo Air Force School in Fengtien (Shenyang).
2. For how long and what did the training include? What aircraft did you train with? Any training
with gliders? Do you remember any other types at the school that you didn't train with?
Answer: I spent about one and half year to complete my solo flight training. At the Manchukuo Air Force School, I remembered I flew Ki-9 "Spruce" intermediate trainer and Ki-55 "Ida" advanced trainer. Both aircraft were designed by Tachikawa. I do not feel Ki-9 was a very good plane, but we were all asked to fly it before we are allowed to graduate.
3. Were the instructors Japanese? How did they and the rest of the students treat you as a Chinese? Was there any discrimination?
Answer: Most of the instructors at the flight school were Japanese, but they were citizens of Manchukuo as well. They were all very skillful pilots. There were Chinese instructors as well. However, the Chinese instructors were not really qualified pilots since most of them were selected from the Army Academy. I did not feel any discrimination from the Japanese.
4. Were there pilots from other nationalities? Korean, Mongolian?
Answer: As far as I knew, there were only Japanese and Chinese.
5. What were the nationalities of the ground crew? Were there many Chinese?
Answer: Most of the ground crews were Chinese.
6. What aircraft was your unit equipped with? Nakajima Ki-27? If yes, how often did you fly and how was it as an airplane? Do you remember any episodes with the aircraft? Did you see any other types? Nakajima "Hayabusa" or "Shoki"?
Answer: The only fighter I had ever flown was the Ki-27 Nate designed by Nakajima. It was an outdate aircraft and was never capable to compete against the American and Russian fighters we later encountered. I know Japan had many advanced fighters such as A6M Zero and Ki-44 Shoki, but we never flew them. The Japanese never trusted us Chinese pilots.
Below, a series of stills from a vintage news reel featuring a MAF pilot climbing into his Nate. Note the gun camera mount on the wing. 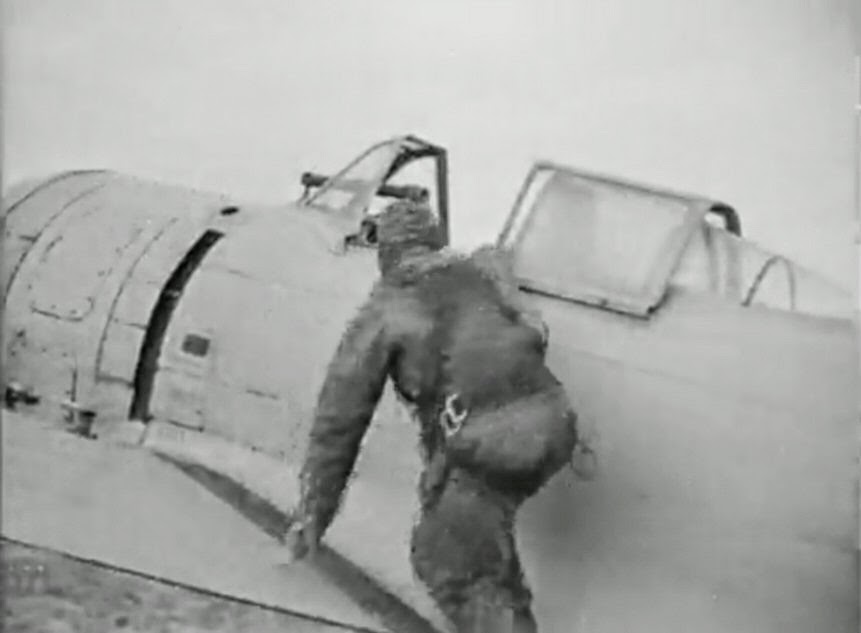 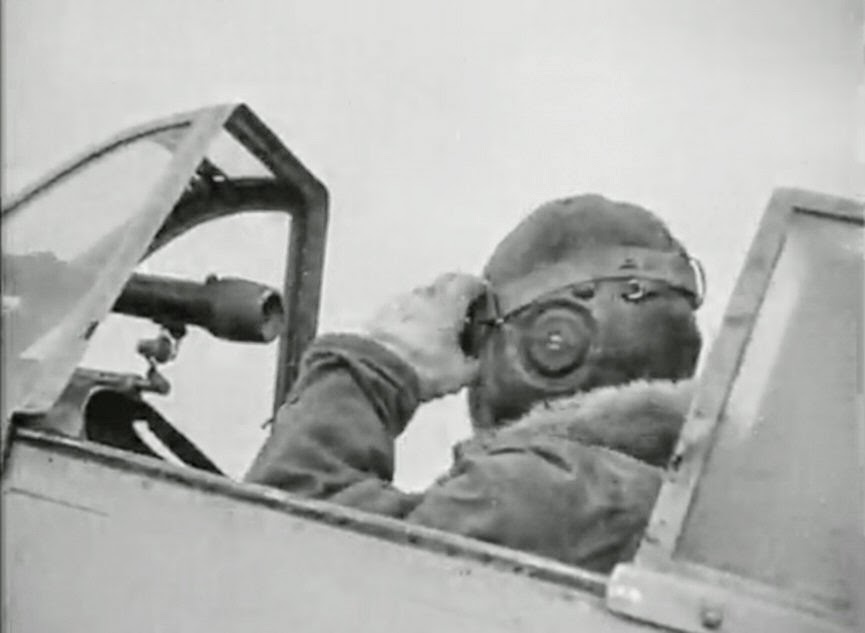 7. How were the conditions in the 1st Air Unit? How were you treated as a Chinese?
Answer: For most of time, we were treated equal with the Japanese pilots. During the formation flight, the Japanese commander must speak with us through his radio in Chinese instead of his own language. We were paid with same amount of money as well. I think we were treated equally. Because Manchuria was a very resourceful land, we had no problem to receive fuel, ammunition and other supply. I think our condition was even better than Japan.
8. Did you see any action? Do you remember anything about the US bomber raids against Shenyang?
Answer: The mission of the 1st Air Unit was to defend the air space of Hsinking, the capital city of Manchukuo. Since Hsinking was never a target of the US B-29 bombers, I never flew action against Allied bombers. However, the 2nd Air Unit at Fengtien did fight the B-29s. I remembered two Japanese pilots rammed down two American bombers by launching kamikaze attack. We Chinese were ordered to do the same, but none of us were really willing to do. None of us really wanted to die for Japan.
9. Some books mention that on January 1941, 100 MAF pilots near Harbin rebelled, killed their Japanese trainers and tried to escape but they were captured and court-martialed. Do you know anything about this? Did you ever hear of any MAF pilot or ground crew member who rebelled, mutinied and tried to escape?
Answer: Yeah! Most of those who defected to the Communist guerrilla sponsored by Soviet Union were ground crews. Like them, none of we Chinese pilots really like the Japanese, but we hated the Russian more. Two of my friends from the flight school at Fengtien assigned to the 3rd Air Unit were killed because they were not willing to surrender themselves to the Russians.
10. Where were you stationed at the end of the War?
Answer: I was still in Fengtien when the Red Army came in. Because the Russians were too busy in removing our factories back to their homeland our raping our women, I was able to survive from that disaster. Most of the fighters from the 1st Air Unit were captured by the Red Army as well. They were either sent back to Russia or turned over to the Communist Party of China.
11. What happened after the end of the War?
Answer: I eventually joined the Chinese Nationalist Air Force and came to Taiwan in 1949. I was one of the very few Manchukuo pilots to be accepted by the Republic of China. Many others decided to stay in mainland China or became instructors of the newly founded People’s Liberation Army Air Force. However, I was never allowed to fly again since I had served with Axis Powers in World War II. I worked as an officer in office until my retirement in 1964 as a major. When I returned to mainland China in 1992, I was told that all 150 Manchukuo pilots remaining in China after the civil war were killed by the Communist regime. What kind of tragedy is it? Both Chinese governments across the Taiwan strait considered us “traitors”.
A MAF Tachikawa Ki-55 "Ida" ready for take-off.

The Nate below with the katakana ヨ (yo) on the tail, was donated by the city of Fushun. 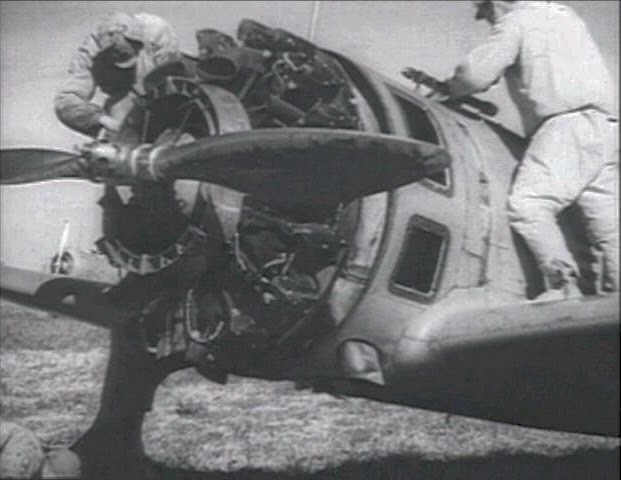 We are particularly grateful to Mr. Su Huan-chung for answering our questions and to Mr .Samuel Hui for arranging everything.
We are off to a much needed vacation. See you next week.
Posted by Arawasi

Really cool! Great to read a first hand account. Gives some insight on the political situation in China at the time. Sometimes "fighting" political parties was more dangerous than flying.