Not all the fighters of the Japanese Army has anti-glare panels. Biplanes like the KDA5 and the Kawasaki Ki-10. In general only planes with Townend rings needed anti-glare protection. The Nakajima Ki-27 "Nate" didn't have either.
The four major single-engine fighter types all needed though, starting with the Nakajima Ki-43 "Hayabusa" as shown below. 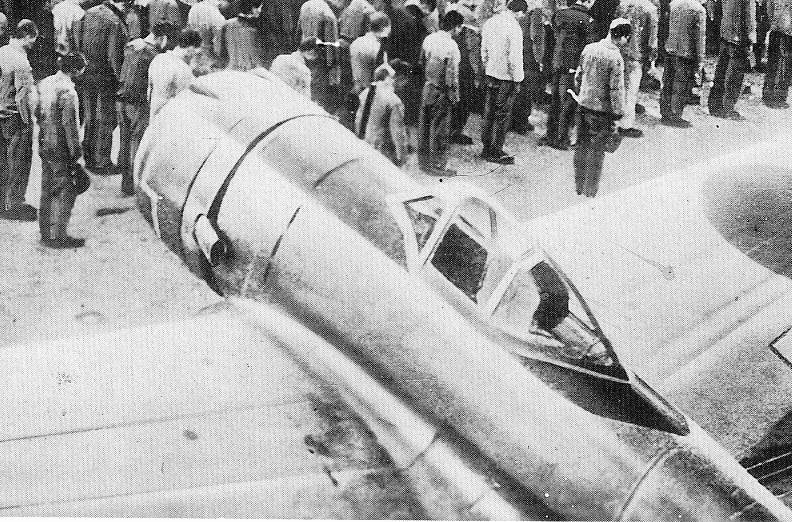 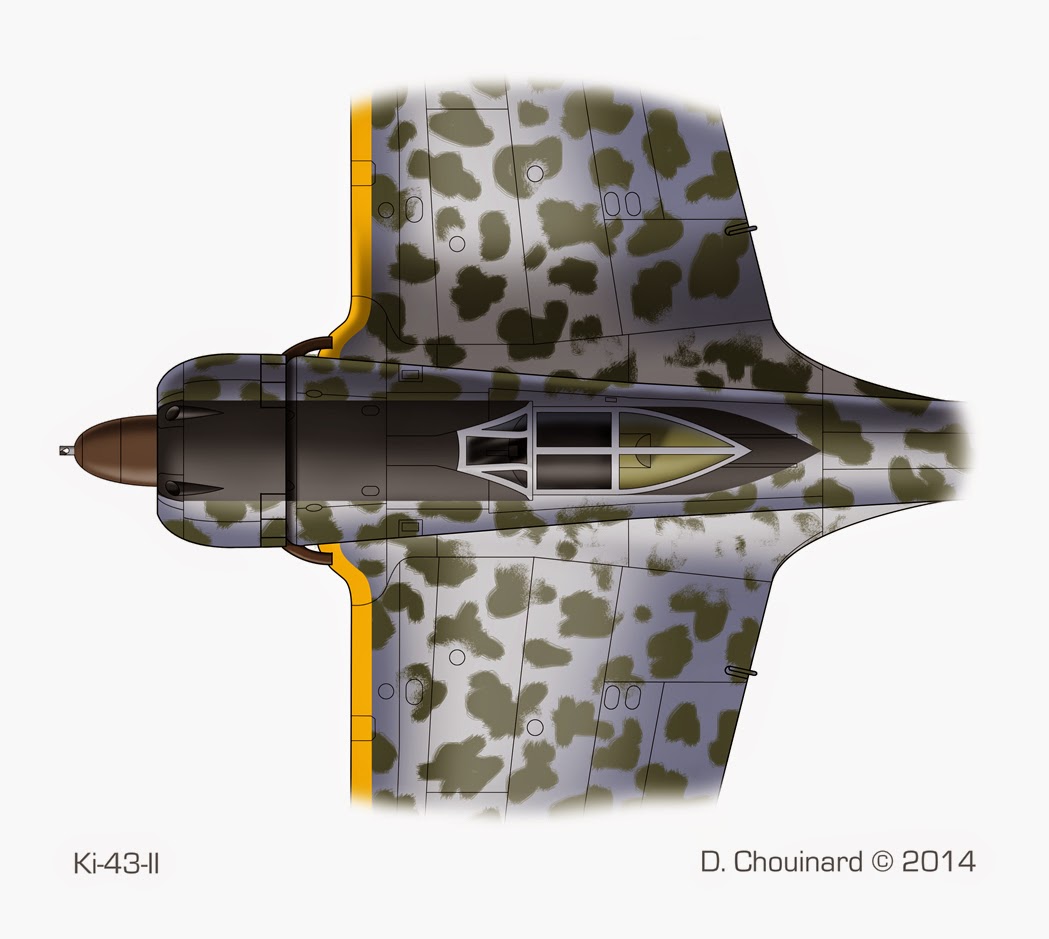 Note that the anti-glare extended behind the cockpit until the area the canopy reached when extended.
The Nakajima Ki-44 "Shoki" also had anti-glare paint applied but the behind-the-cockpit extension either wasn't there at all or was very often overpainted when the white bands of the air defence unit planes were applied. So check whether your particular subject aircraft has the extension or not. 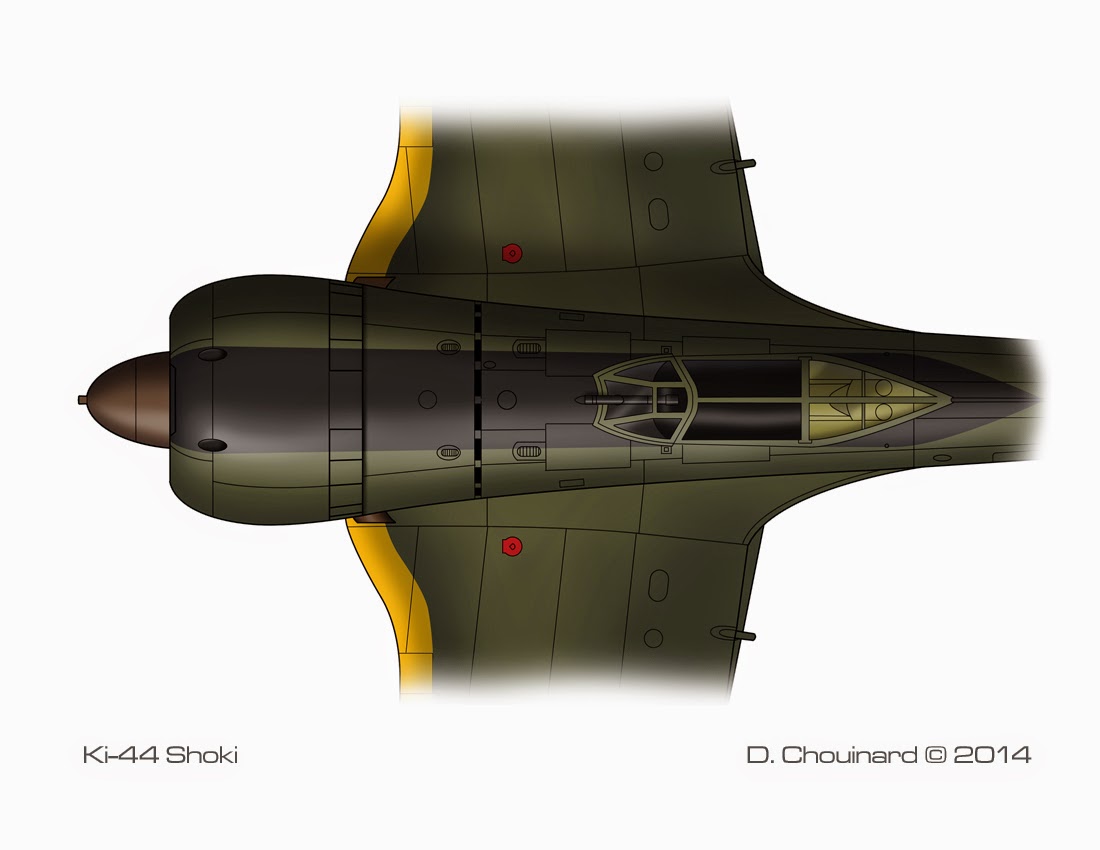 The Nakajima Ki-61 "Hien" had the same pattern with the other two but it was not necessary the paint to extend behind the cockpit. 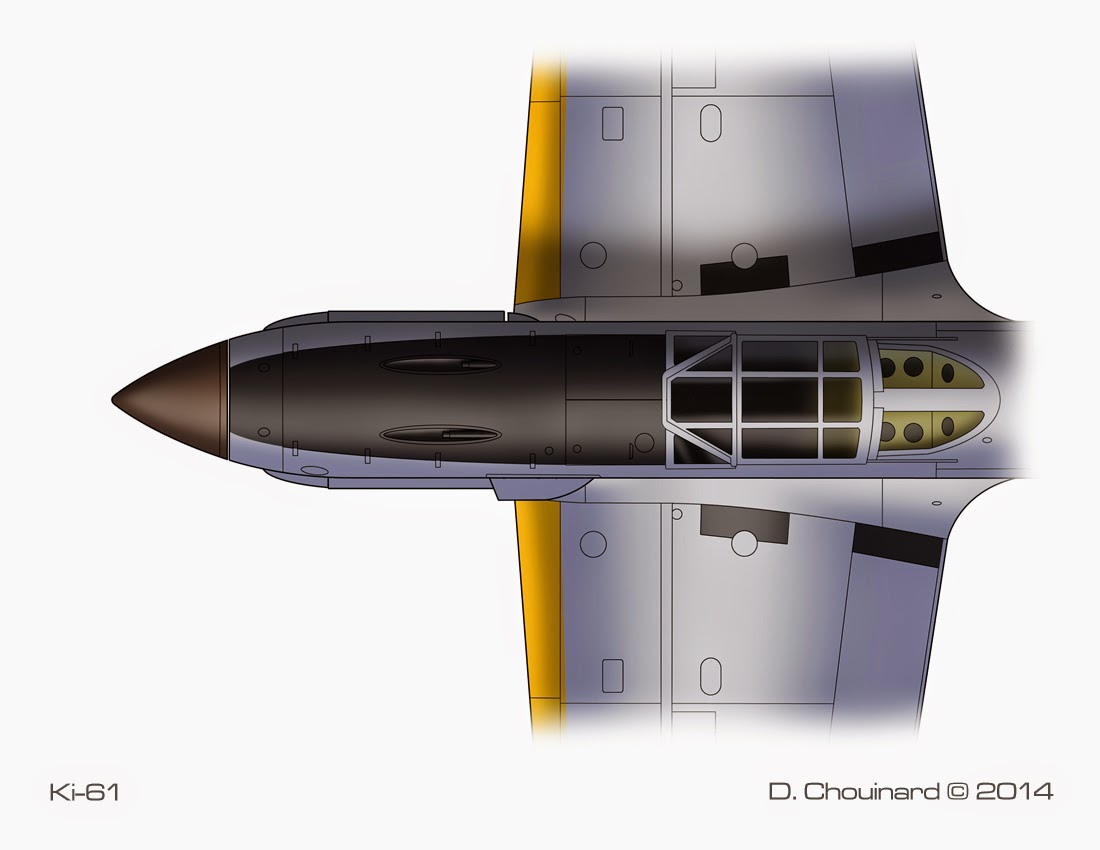 All the available photos show that the Nakajima Ki-84 "Hayate" had the same pattern with the "Hayabusa" but no extension behind the cockpit. 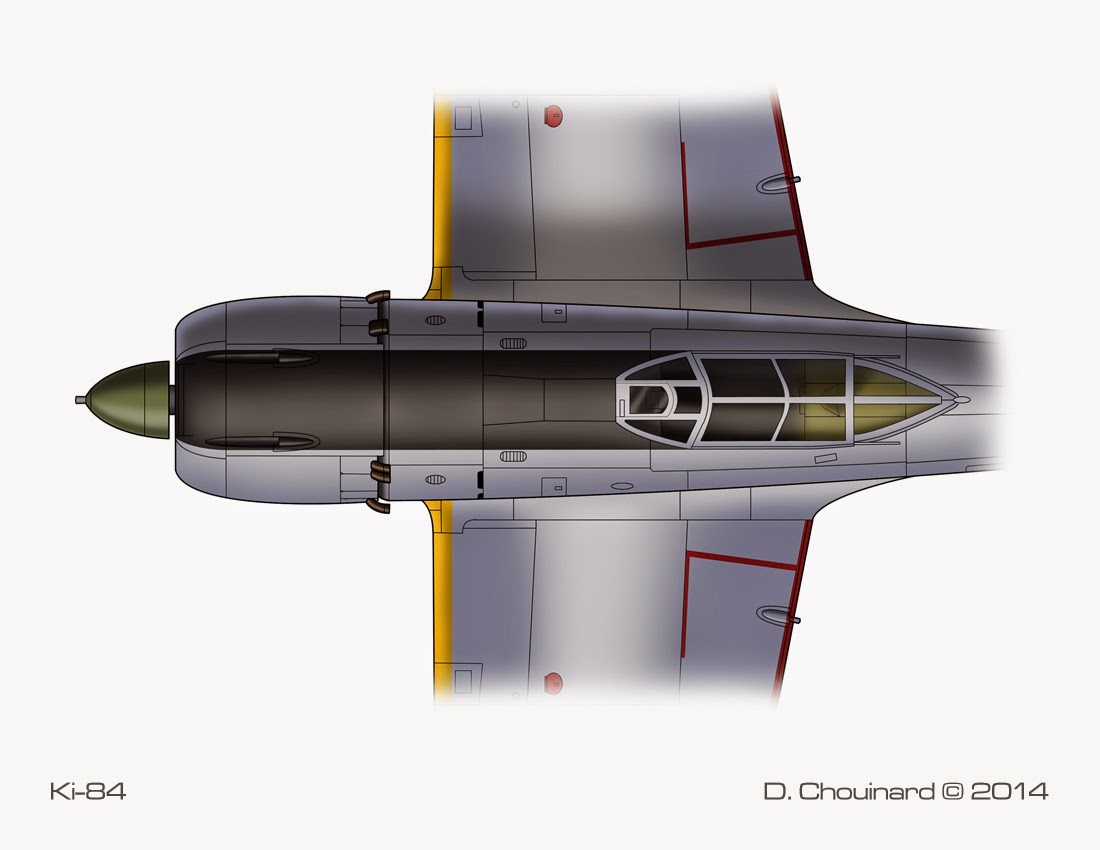 All artwork by Devlin Chouinard, photos from various Japanese publications.
Posted by Arawasi

I heard that some of the Ki-84's had a "blue-black" anti-glare panel. Can anyone confirm this?