From Wiki (here):
The DFS Olympia Meise (German: "Olympic Tomtit") was a German sailplane designed by the Deutsche Forschungsanstalt für Segelflug (DFS) for Olympic competition, based on the DFS Meise.
After the Olympic games in Berlin in 1936 introduced gliding as an Olympic sport, plans were made to fly the 1940 Olympic championships with a standard design of sailplane to give each pilot the same chances. As a result of this, the Meise was redesigned to fit into the new Olympic class specifications. The new 'Olympia' Meise had the prescribed wingspan of 15 m (49 ft 2 in), spoilers, but no flaps, and an undercarriage consisting of a skid and a non-retractable wheel.
The 1940 Olympics were to be held in Tokyo (here) and Professor Sato Hiroshi of Kyushu Imperial University, who was in Germany at the time studying aviation, imported one. Eventually five or six more were built in Japan and on January 1943 an endurance record of 8h 12min 30sec was achieved by pilot Sato Takeo.
The September 1941 issue of the magazine "Shashin Shuho" (Photo Weekly News) featured one of the Olympia Meise gliders on the cover with some photos.

An excellent photo of the cockpit. Counter clock-wise: altimeter, compass, variometer, speedometer, release handle, turn and slip indicator, spoiler handle, rudder pedals, control stick. Unfortunately we don't know what the last thing on the starboard side of the cockpit is.

Some more photos from other vintage glider publications. 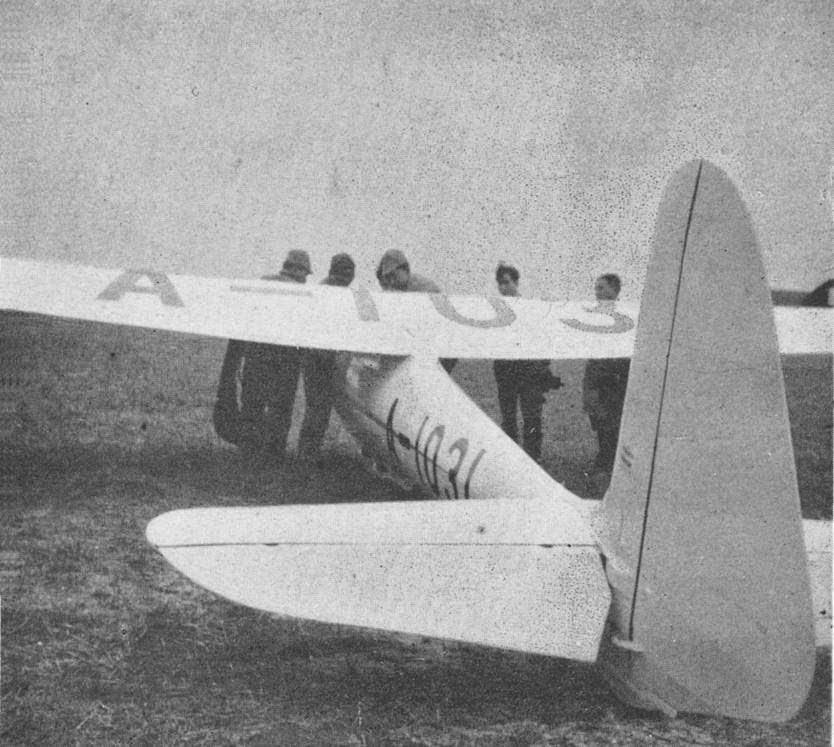 Looks like a data placard to me. Excellent article, by the way.