A set of photos from two different magazines, one released in August 1938 and the other in October 1938. They were all taken during the Battle of Wuhan.
The first two photos are from the first magazine and were taken during the operations in the South of Yangtze river and the capture of the city of Jiujiang.
Wikipedia explains:
"On 13 June, the Japanese made a naval landing and captured Anqing, which signaled the onset of the Battle of Wuhan. On the southern bank of the Yangtze River, the Chinese 9th Military Region stationed one regiment west of Poyang Lake, and another regiment between the line from Jiangxi to Jiujiang. The main force of the Japanese 11th Army attacked along the southern shore of the river. The Japanese Namita detachment landed in the east of Jiujiang on 23 July.
The Chinese defenders tried to resist the attack, but they could not repel the landing force of the Japanese 106th Division from capturing Jiujiang on the 26th." 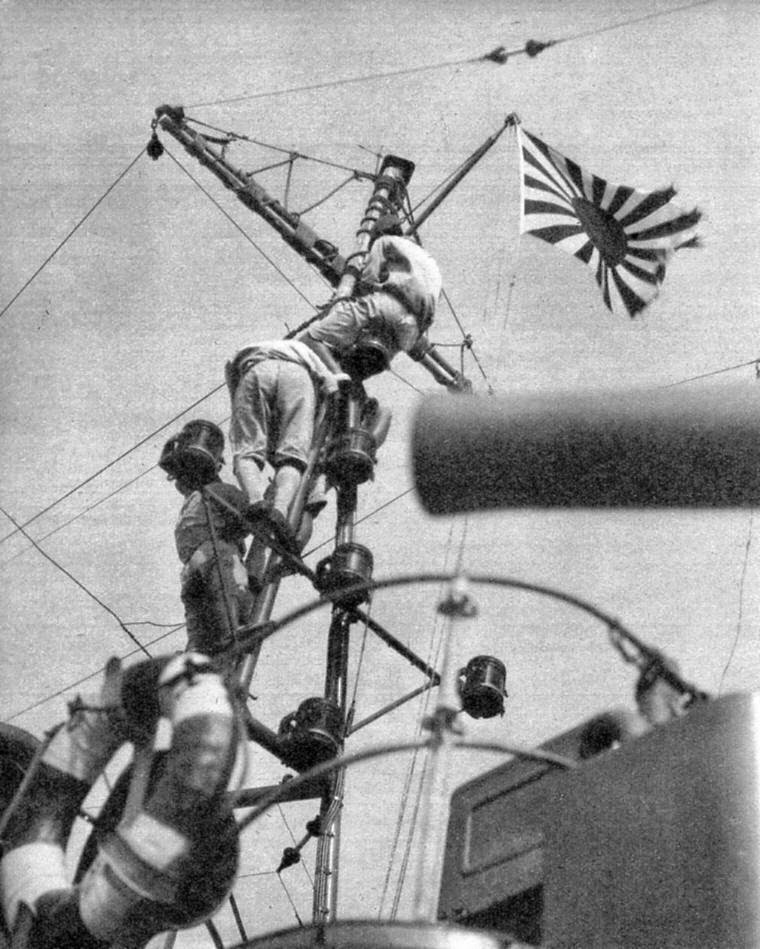 Combined Fleet mentions HERE:
"23 July 1938
A detachment of the Japanese 11th Army Group lands east of Jiujiang in Jiangxi and captures Jiujiang three days later.
24 July 1938:
At night, Rear Admiral (later Vice Admiral) Kondo Eijiro’s (36)(former CO of KAGA) Yosuko Force lands troops of the No. 5 Kure SNLF on the banks of the Yangtze. Kondo’s 11th Battle Division provides gunnery support consisting of minelayer IJN YAEYAMA (F), river gunboats IJN ATAKA, SAGA, HASU, HIRA, minelayers NATSUSHIMA, SARUSHIMA, KAWASEMI, DesDiv 11, DesDiv 21’s IJN TSUGA and KURI, TorpBoat Div 1’s KASAGI, HIYODORI, OTORI and HAYABUSA, gunboats IJN HOZU, SETA, ATAMI, FUTAMI and KASIDA, Special Minesweeper Unit 1’s IJN TSUBAME, KAMOME, SUGI MARU and KASIWA MARU and Special Minesweeper Unit 2.
Minelayer YAEYAMA (F) leads the van with TorpBoatDiv 1, MineSweepDiv 1 and MineSweepDiv 2. Kondo’s Guard Unit is made up of TorpBoatDiv 11 and TorpBoatDiv 21. Seaplane tenders IJN KAMIKAWA MARU and NOTORO provide air cover. Threatened with envelopment, Chinese forces withdraw."
Therefore the Kawanishi E7K1 "Alf" in the photo above belongs either to Seaplane tender Kamikawa Maru or to Notoro. The caption of the photo on the right simply says that the mast of the ship is being repaired but the name of the vessel is not mentioned.
The second set of photos were taken during the operations in the North of Yangtze river and the capture of the city of Wuxue.
From Wikipedia:
"The Chinese recaptured Taihu, Susong on 28 August. With the momentum, the 11th Army Company and the 68th Army launched counter-offensives, but were unsuccessful. They retreated to the Guangji region to coordinate with the Chinese 26th, 86th and 55th Army to continue to resist the Japanese Army. The 4th Army Group ordered the 21st, 29th Army Company to flank the Japanese from northeast of Huangmei, but they were unable to stop the Japanese. Guangji and Wuxue were captured sequentially."
Combined Fleet does not mention which Japanese naval units participated; presumably they were the same. 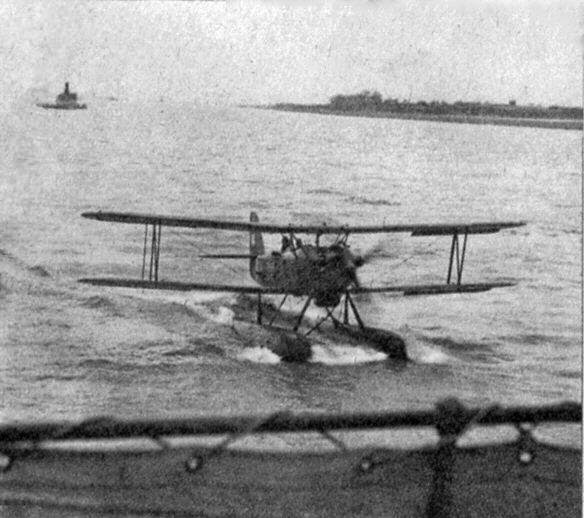 Another Kawanishi E7K1 returning to her ship. 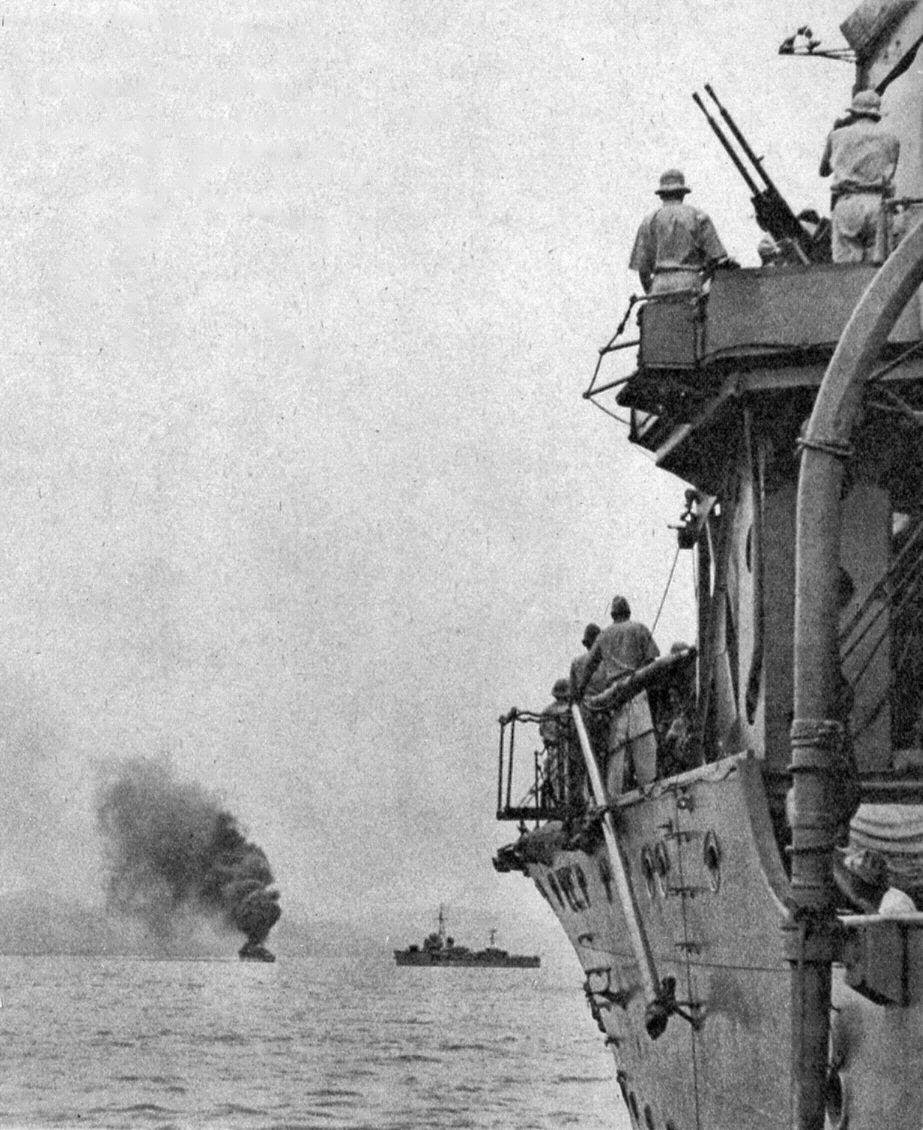 The ship on the left is an Otori-class torpedo boat of the 1st or 11th Torpedo Boat Divisions but the one on the right is more difficult to identify.
Posted by Arawasi