Japanese Aviation Artifacts
at the
San Diego Air & Space Museum
If you are visiting the San Diego area, one of the must-see places for the aviation inclined is the San Diego Air & Space Museum. In the collection there is an assortment of Japanese aviation artifacts, including flight gear, aircraft fragments, a prop blade from a G4M “Betty”, and a bomb fragment from Dutch Harbor, Alaska. I have included the descriptions as provided by the museum. 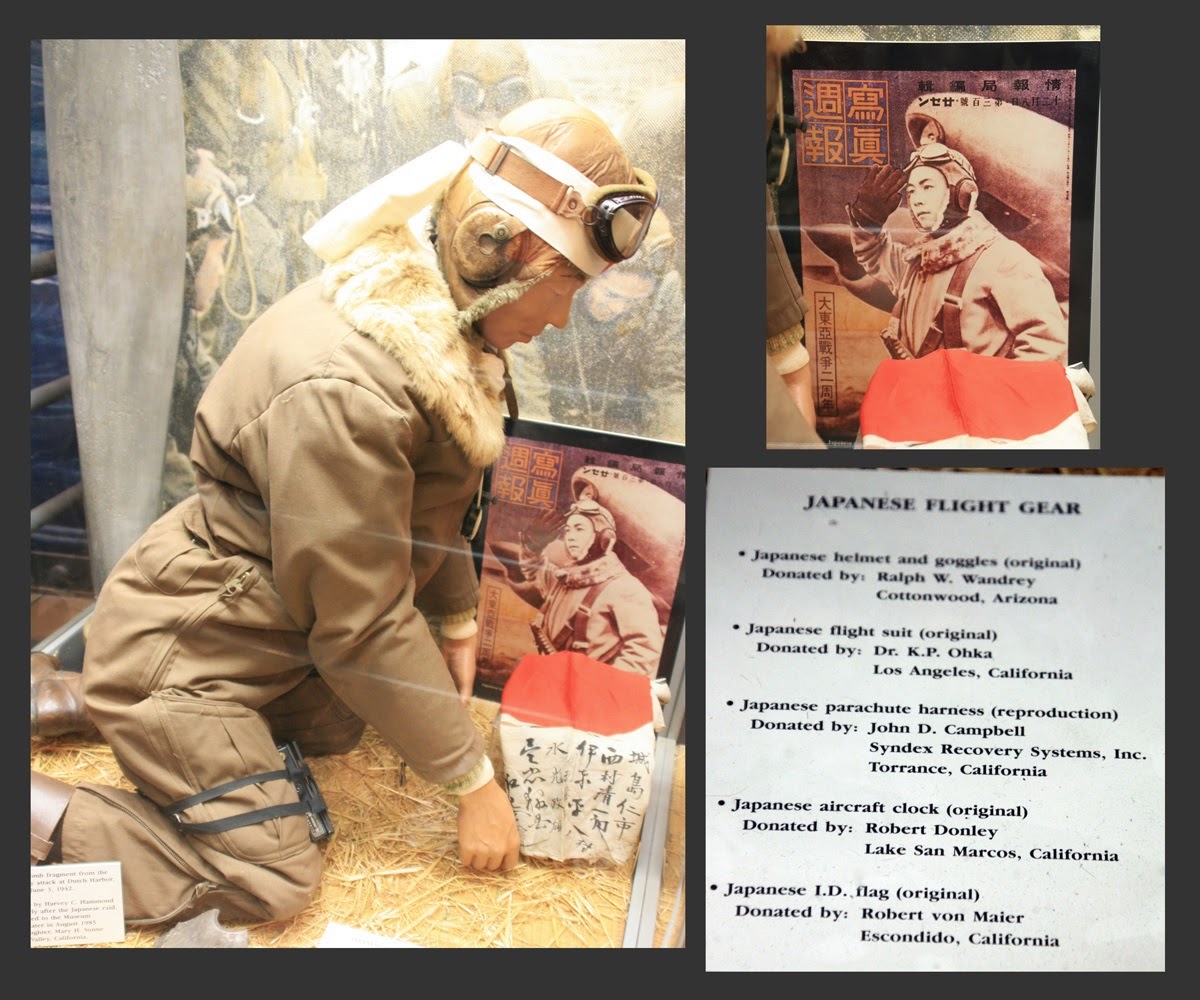 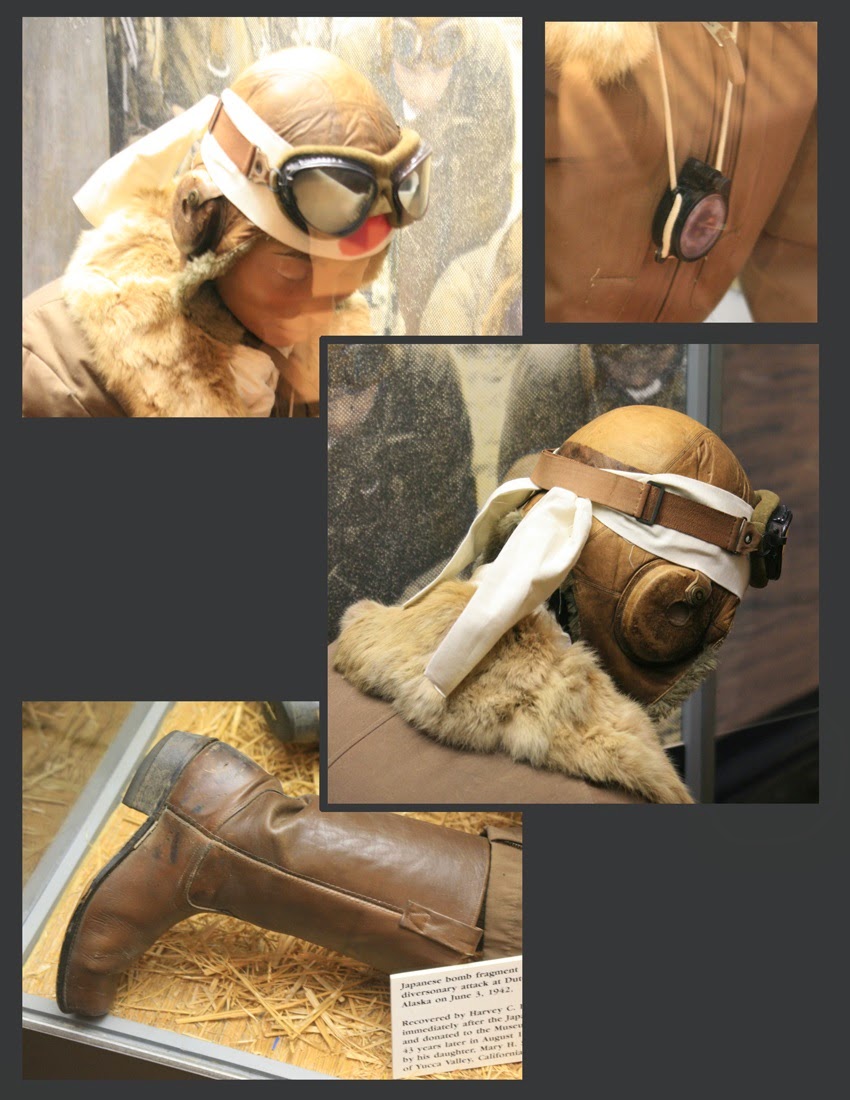 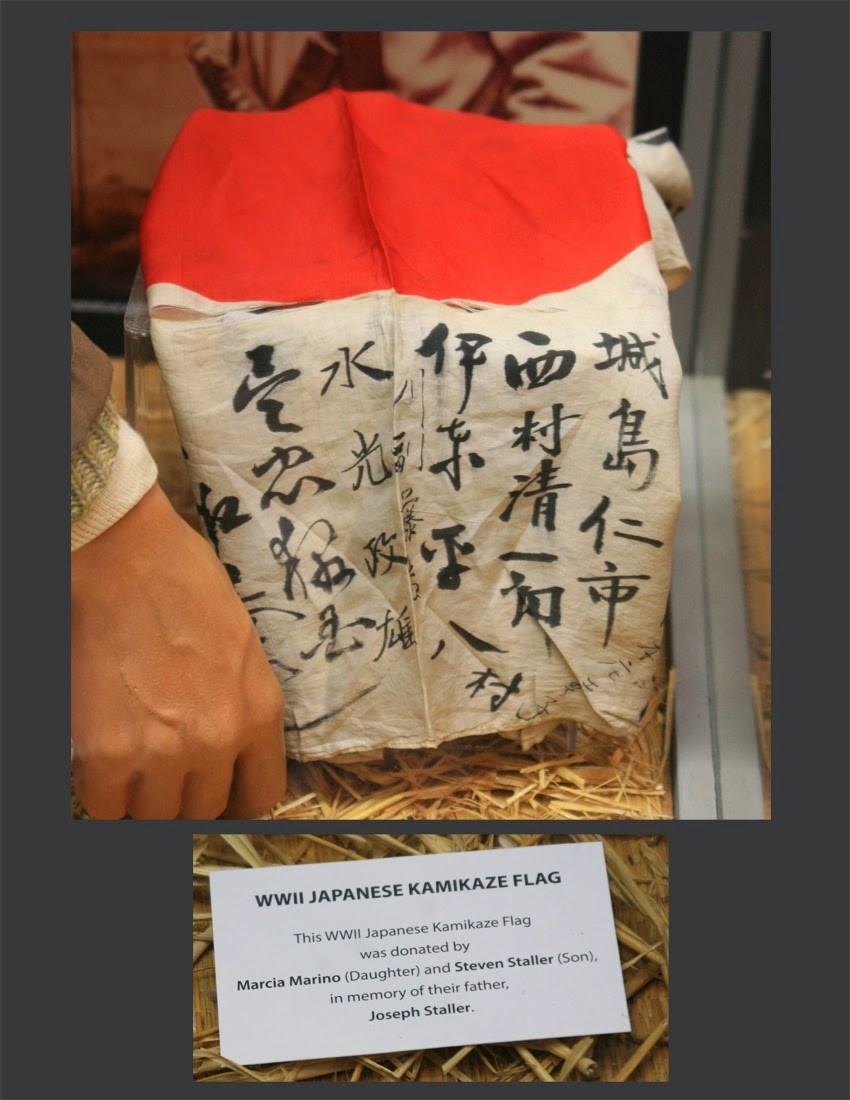 The display of the flight gear is interesting, and meant to depict the scene of a “kamikaze” pilot before his final mission. However, I would have thought that having the mannequin in a standing position would be a little less awkward, and would have shown the flight suit to better effect. There is a surprising lack of information here also, even noting which branch of service the clothing and equipment were from is absent. That said though, these items are rather rare in the U.S. 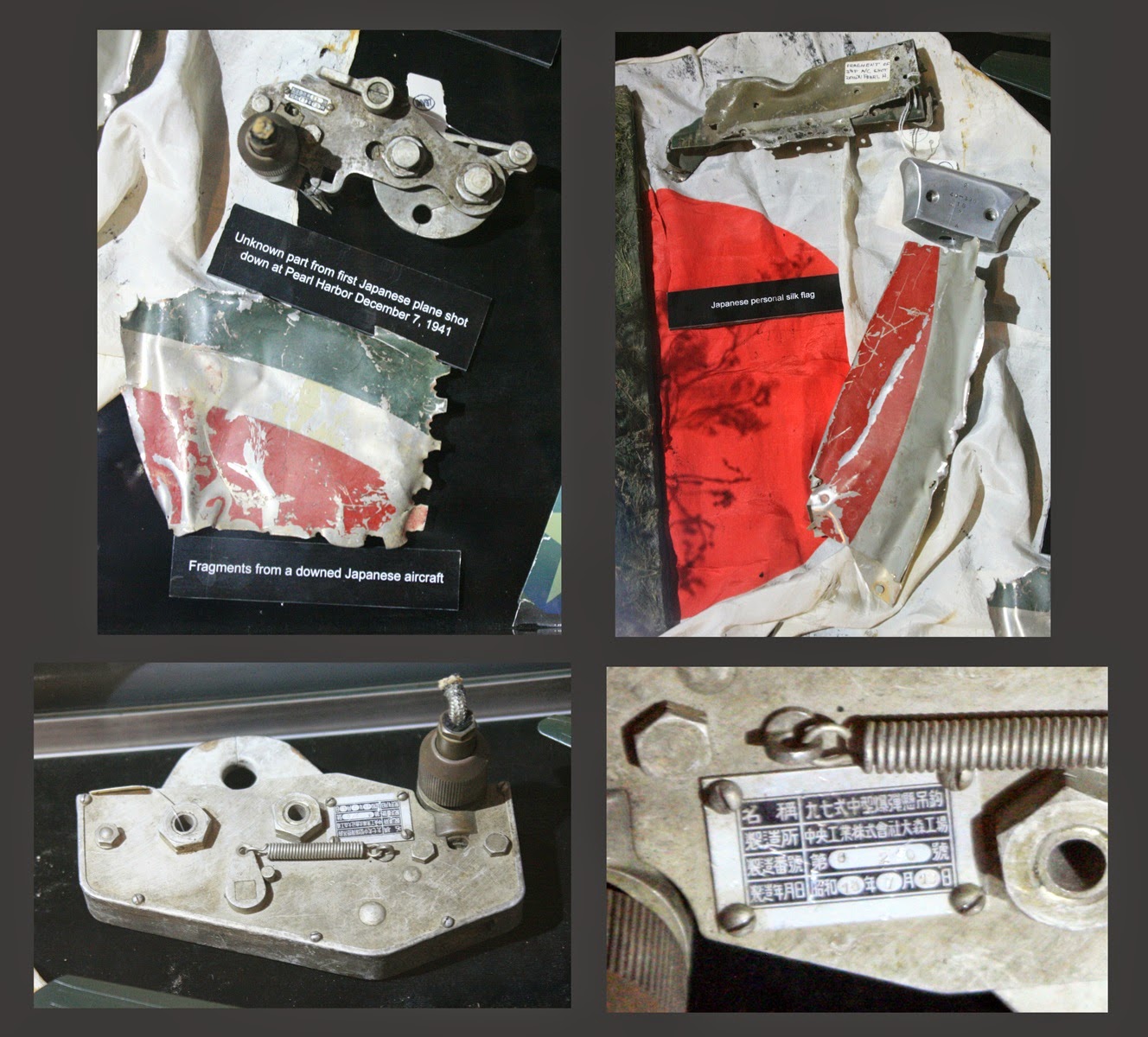 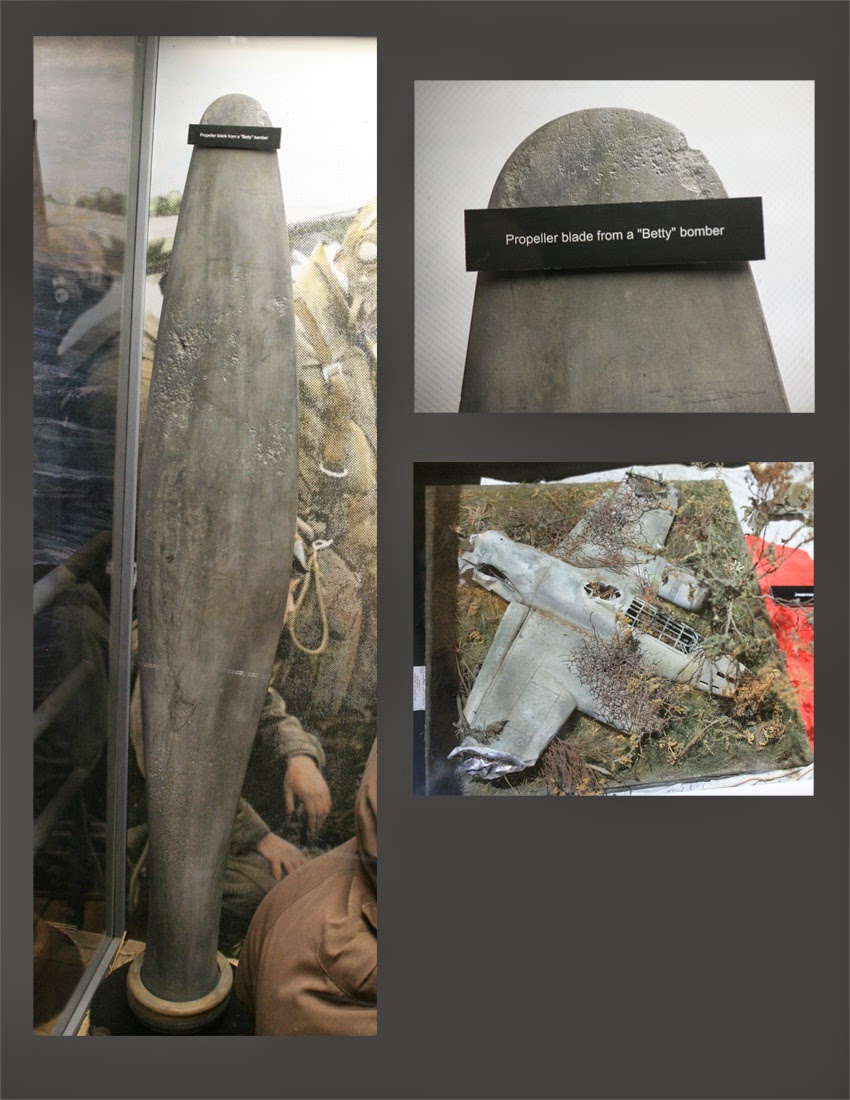 The aircraft fragments are of special interest, especially those that have original paint still on them. Nothing is mentioned about what aircraft the fragments are from, save for the G4M “Betty” prop blade, so we are left to guess in most cases.
In the same case as the aircraft fragments is a diorama of a crashed G4M as it would look some 70 years after the war, a silent reminder of what went on in the skies over the Pacific.
-D. Chouinard

Thank you very much D. for the information and the photos. Indeed, the pilot's pose rather unfortunate...
Posted by Arawasi

The pilot's pose is the best we can do - if you look carefully, you'll see our mannequin is *huge*; the flightsuit was made for a flyer in the movie "Tora Tora Tora. Clearly, the pilot was far outside the normal size for a wartime Japanese pilot. To have him standing, he would be north of 6'2" and although the recreation flightsuit is accurate, the sheer size of the mannequin would look somewhat cartoonish. In the world of compromise that is museum life, we did what we could to give the best possible presentation. We get far more compliments on it than complaints. I hope this helps.

WOW! That's as tall as I am! I now see the reason for the pose, sorry about the misunderstanding.
Hope to be back in the San Diego area in the future for another visit.