Five NARA photos today taken during air raids by the US 5th Air Force against the Japanese held airfield of But/Wewak in New Guinea.
The photos were taken by one or two different aircraft but you will notice they show the same area and I have posted them here as a plane would make the pass from the background to the foreground.
Note the close ups with the details on the various camouflaged Kawasaki Ki-48s (Lily) and Nakajima Ki-21s (Sally) as well as the various tents, shacks, revetments and other installations. 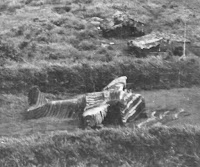 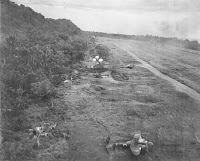 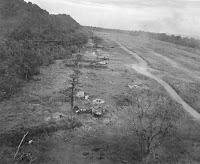 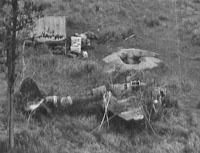