The 8th Sentai was organised on August 31, 1938 at Pingtung in Taiwan when the unit changed its name from Hiko 8 Rentai to Hiko 8 Sentai with the 1st Chutai  reconnaissance, 2nd Chutai fighter, 3rd Chutai bomber and 4th Chutai maintenance (as of 1936).
On September 5, 1940 the fighter chutai became independent and was re-organised as the 50th Sentai. From April 16, 1941 the 8th Sentai participated in operations against Fuzhou and returned to its base in Taiwan on May 2. Nine days later, relocated to Shanghai and participated in operations against Hangzhou. By May 28 the unit had returned to Taiwan.
On September 2 the unit was re-organised, the 1st Chutai got equipped with Type 97 Command Reconnaissance or Mitsubishi Ki-15 "Babs" while the 2nd, 3rd and 4th Chutai received Type 99 Twin Engine Light Bombers or Kawasaki Ki-48 "Lily".
The 1st Chutai of the 8th Sentai originated from the 1st Chutai of the 2nd Sentai based in Gifu, Gifu Prefecture with nine "Babs" and commander Captain Suzuki Masao.
With the outbreak of the Pacific War the unit relocated to Tuguegarao in Luzon between November-December 1941 to take part in the Philippine operations. From December 22 to January 7, 1942 participated in the operations against Manila. The "Babs" of the 1st Chutai, without radio, flew at an altitude 9000m taking photos. By January 9 the unit returned to Pingtung.
From January 20 relocated to Don Mueang airport in Bangkok via Guangdong and Hainan island to participate in the Burma operations.
The unit constantly changed its base and on February 23, 1942 one 1st Chutai "Babs" took off from Moulmein (Mawlamyine) airport to reconnoitre the Mingaladon airport and the harbour of Rangoon (Yangon) with pilot 1st Lt. Nakatani Takesada in the controls and observer 1st Lt. Fujimori Akira in the rrear seat. During the mission they were intercepted by a British Hawker Hurricane but managed to return to base in Moulmein. Upon arrival the ground crew were able to count 119 bullet hits, four of which had found Nakatani's right arm.
The main source for this is a brilliant article by Izawa Yasuho included in the April 1990 issue of Aireview featuring artwork by Watanabe Rikyu.
The two photos below are from a vintage publication showing the "Babs" and the damage it received while the other three are stills from a news reel offering very rare glimpse to the cockpit of the "Babs". Artwork by Devlin Chouinard. 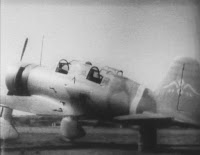 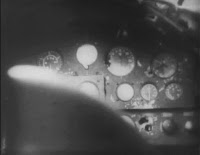 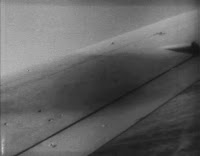 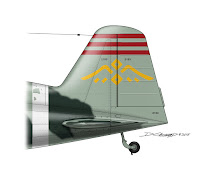