Obizu, from Tokyo
The Lockheed L-14 Super Electra in 1/48 was an old Classic Airframes kit built by Kobayashi Takeshi. Brush painted with markings painted by hand!!! 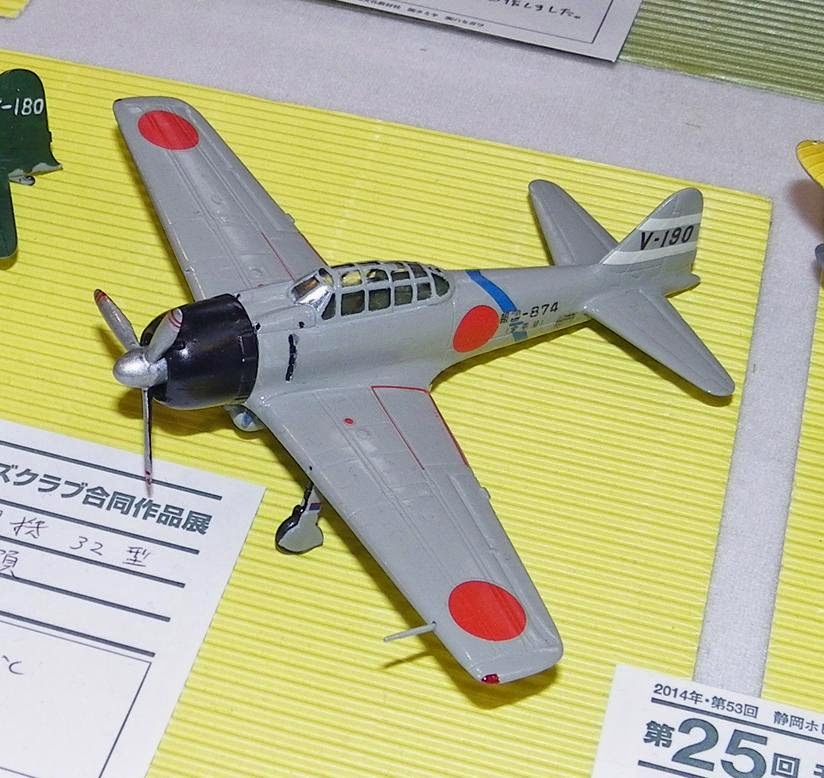 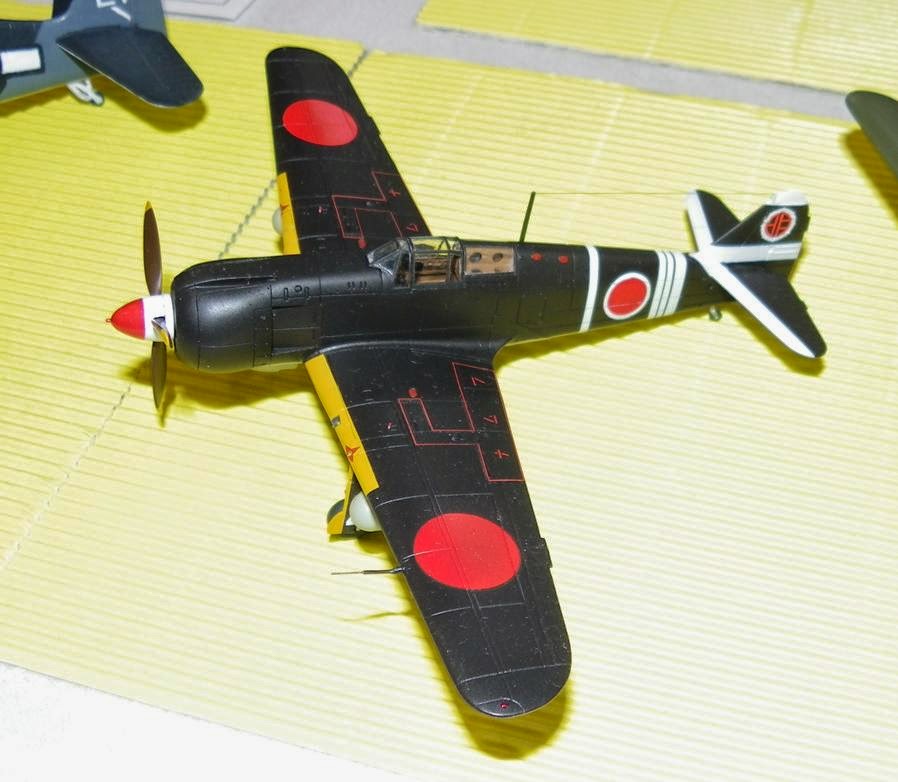 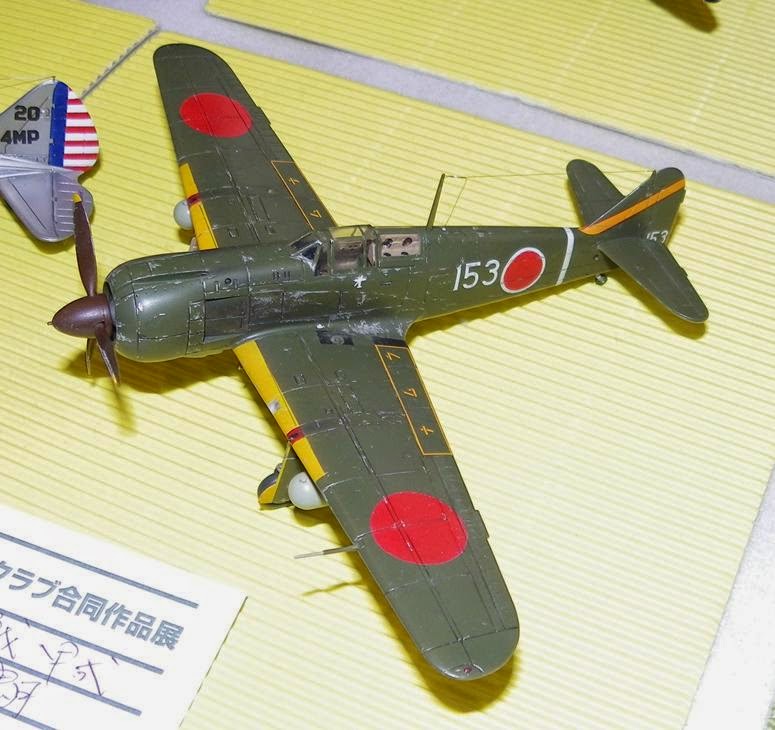 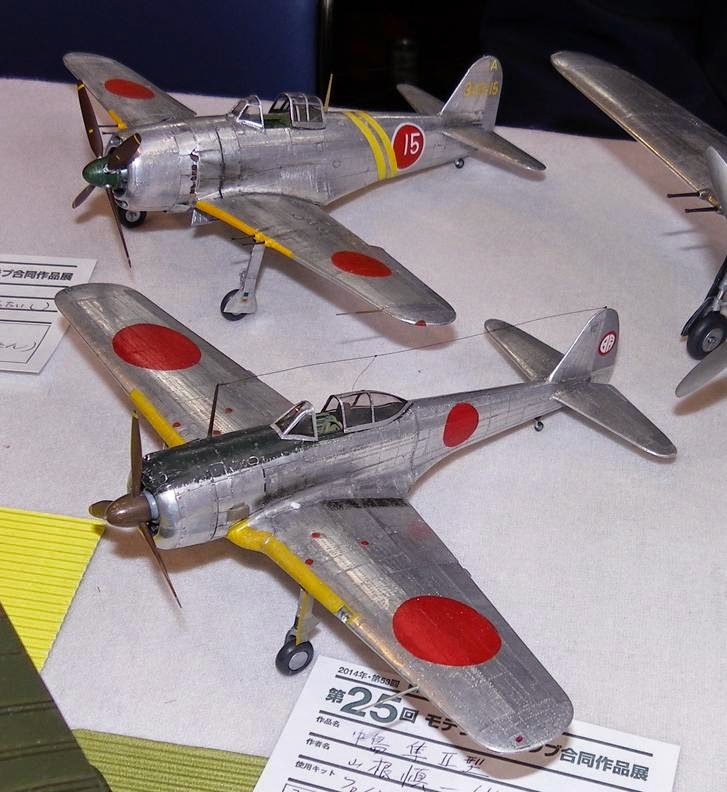 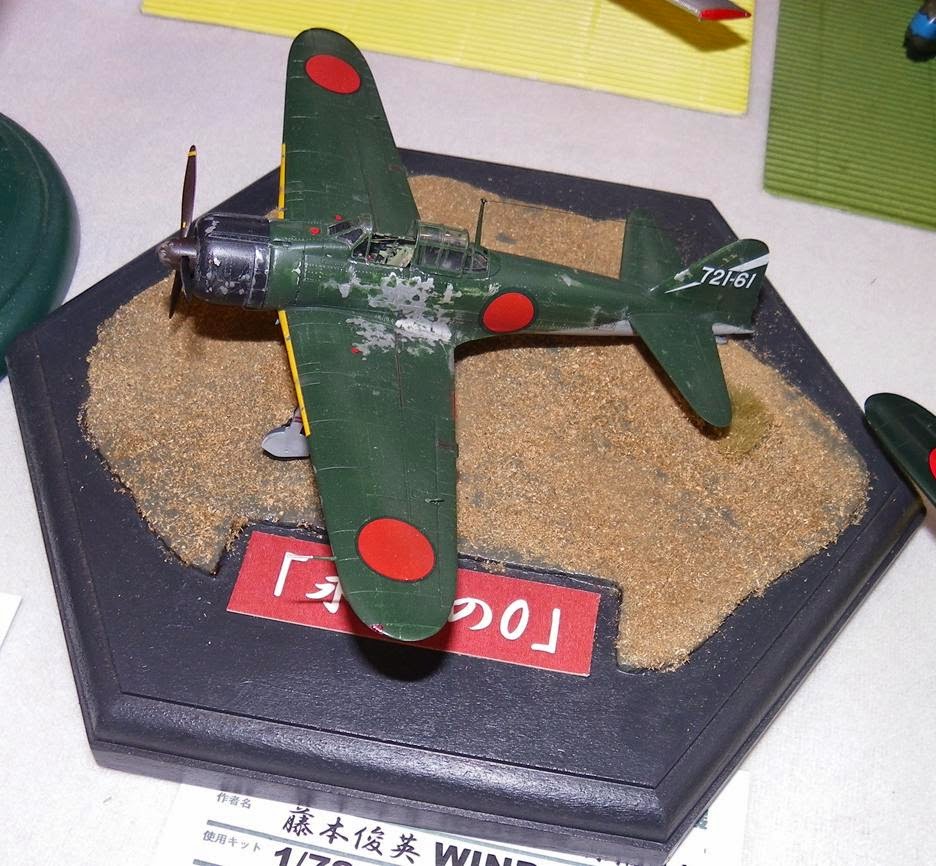 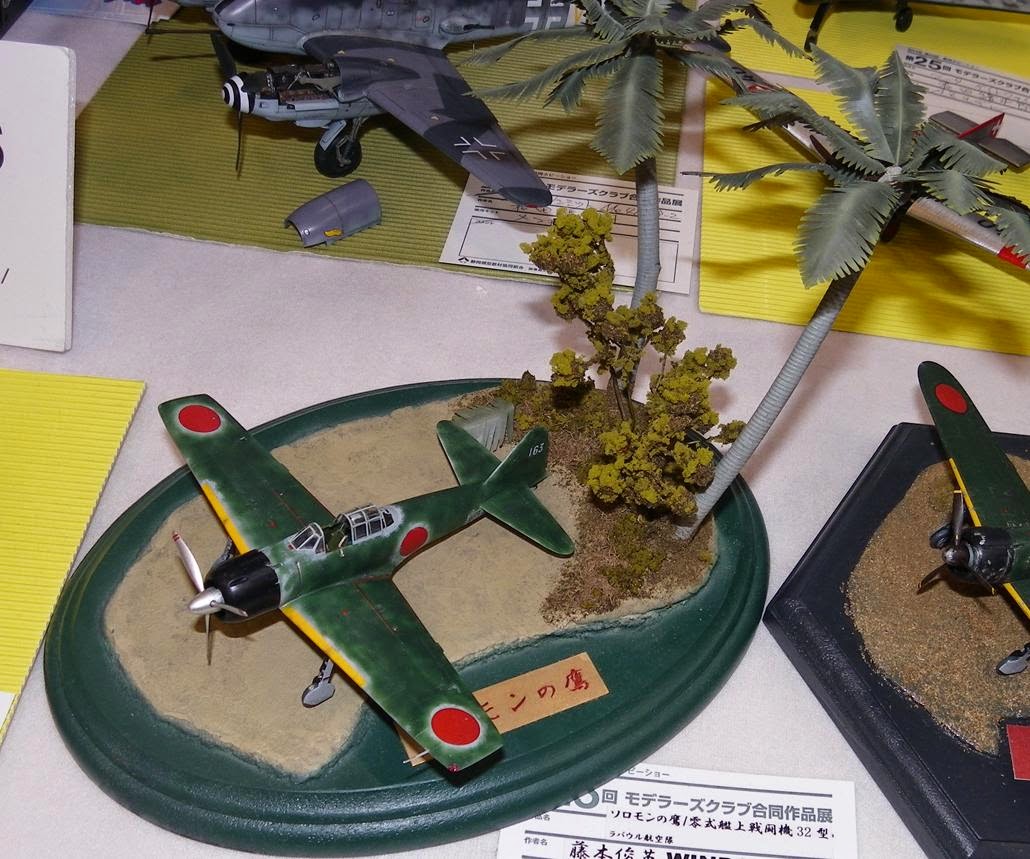 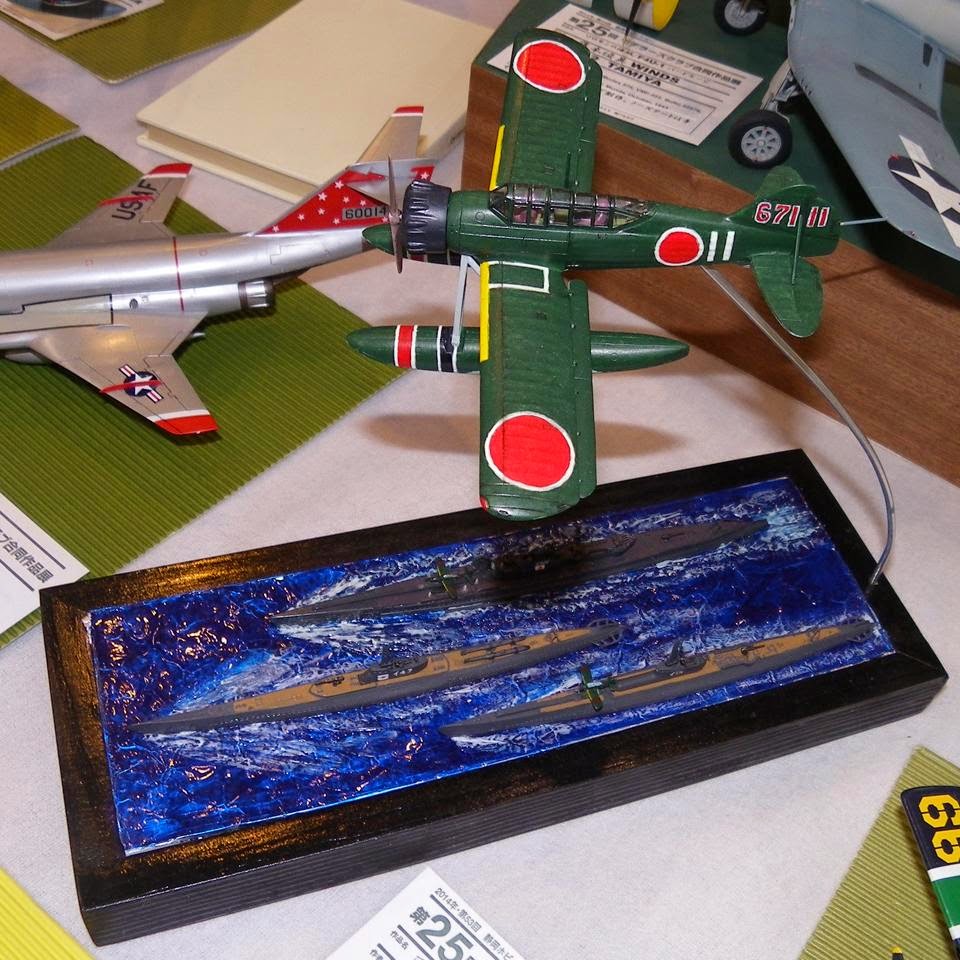 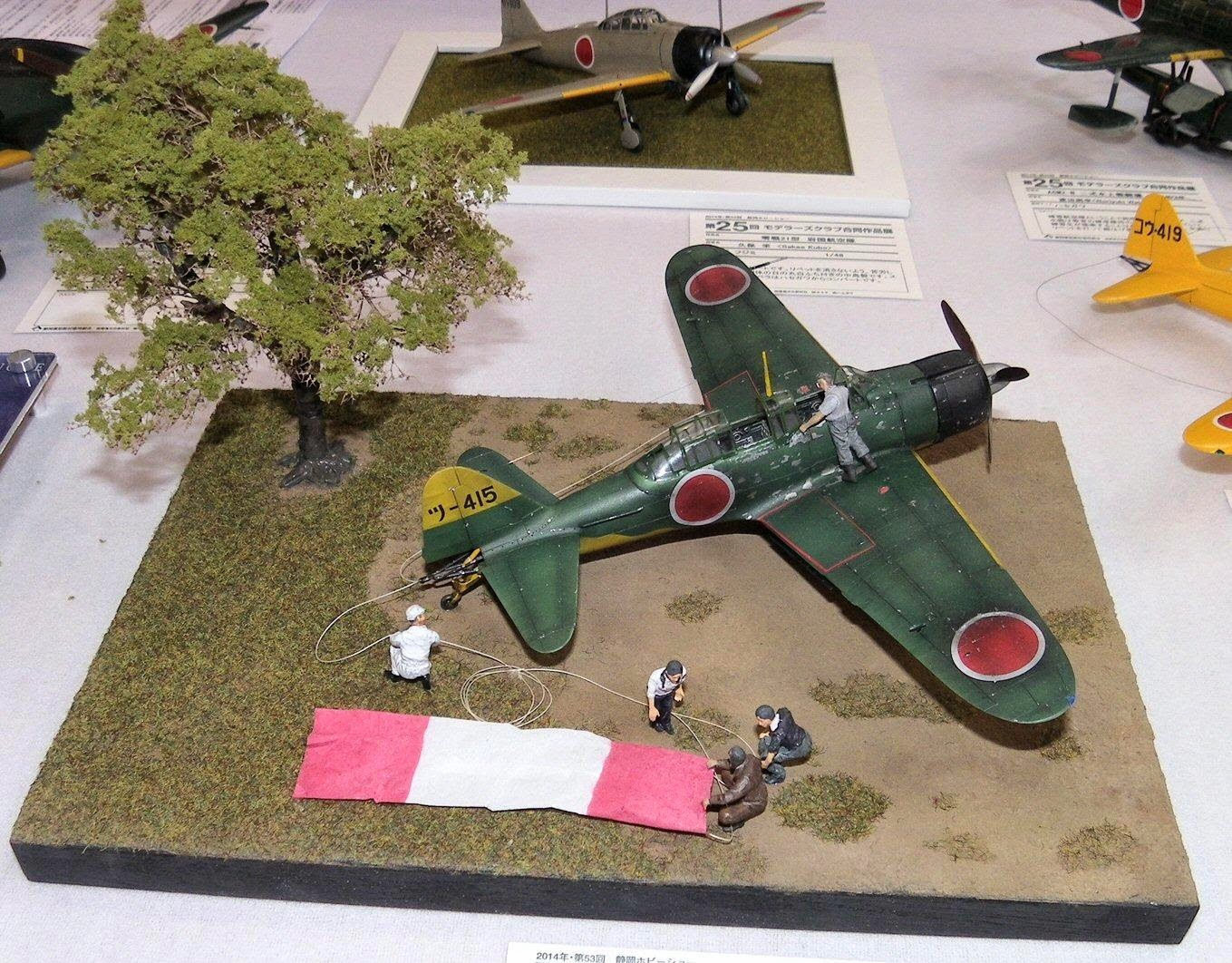 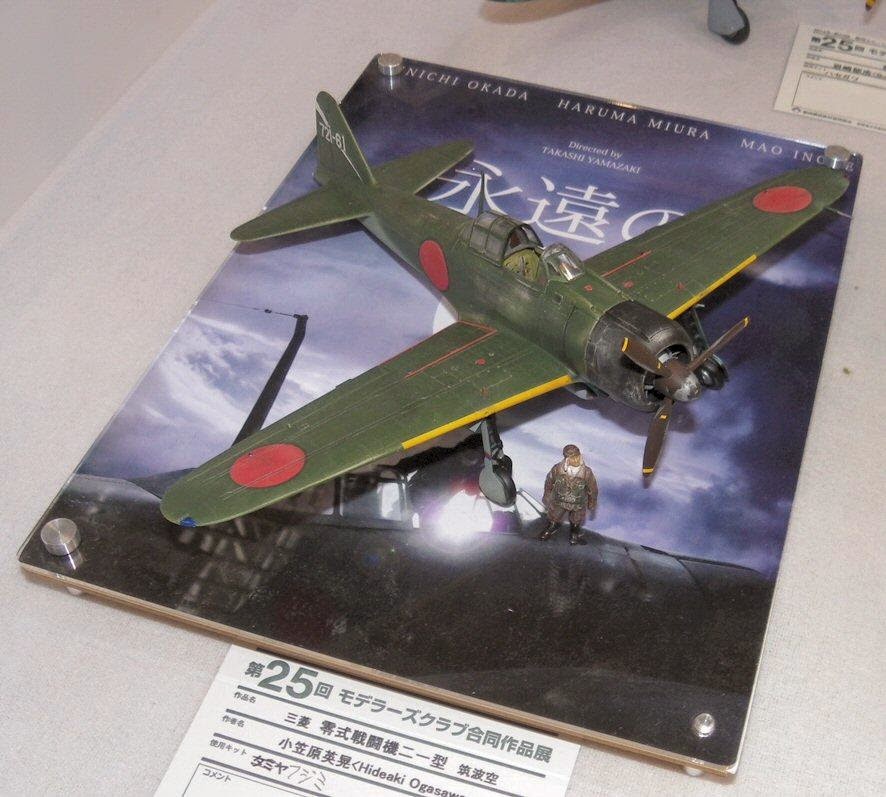 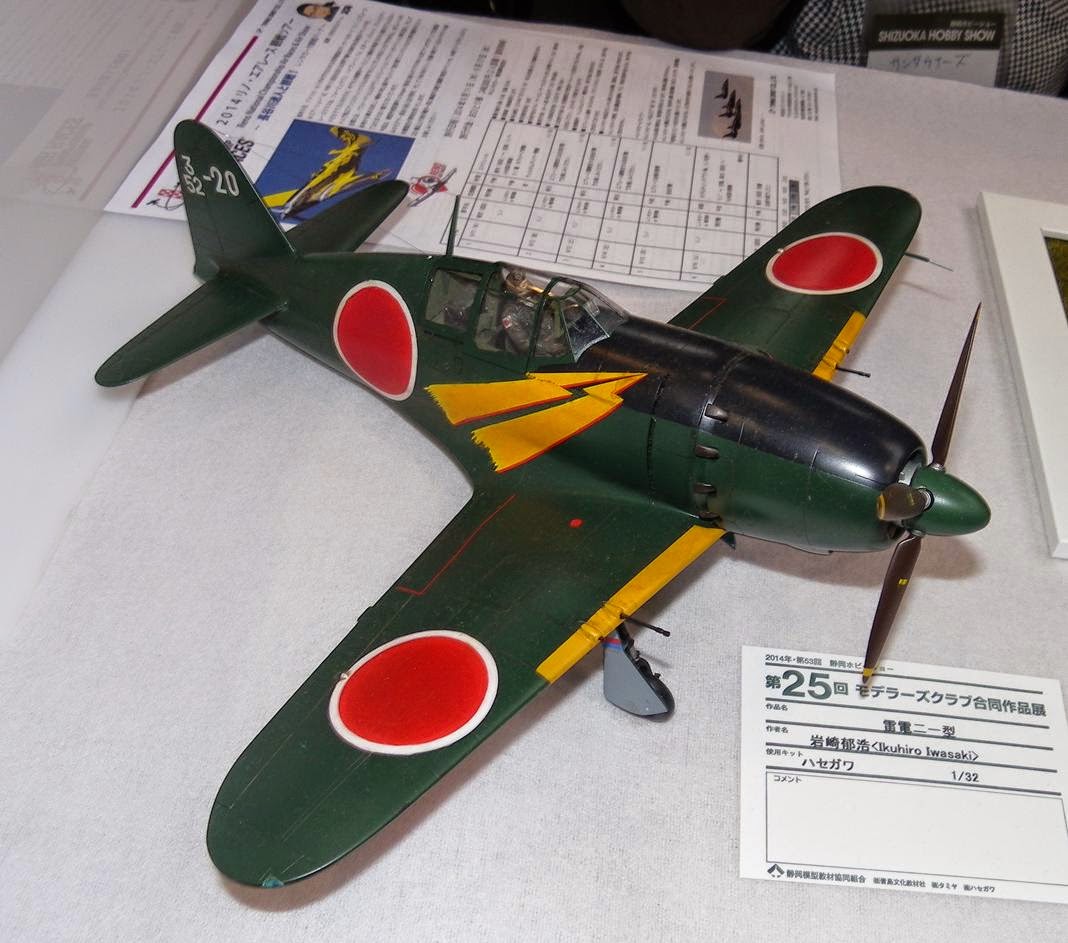 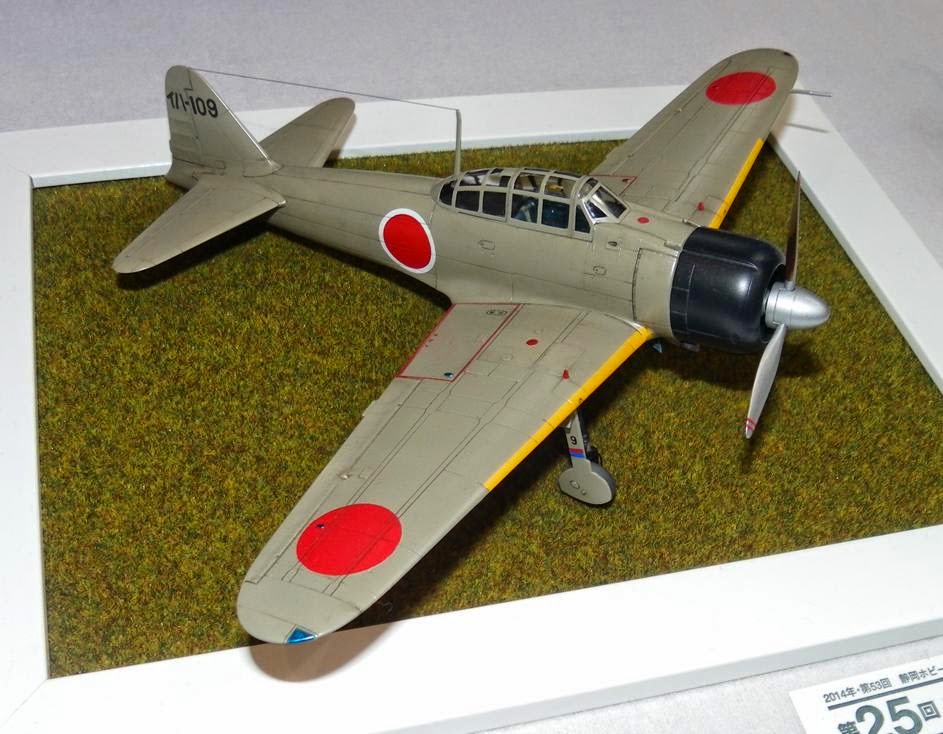 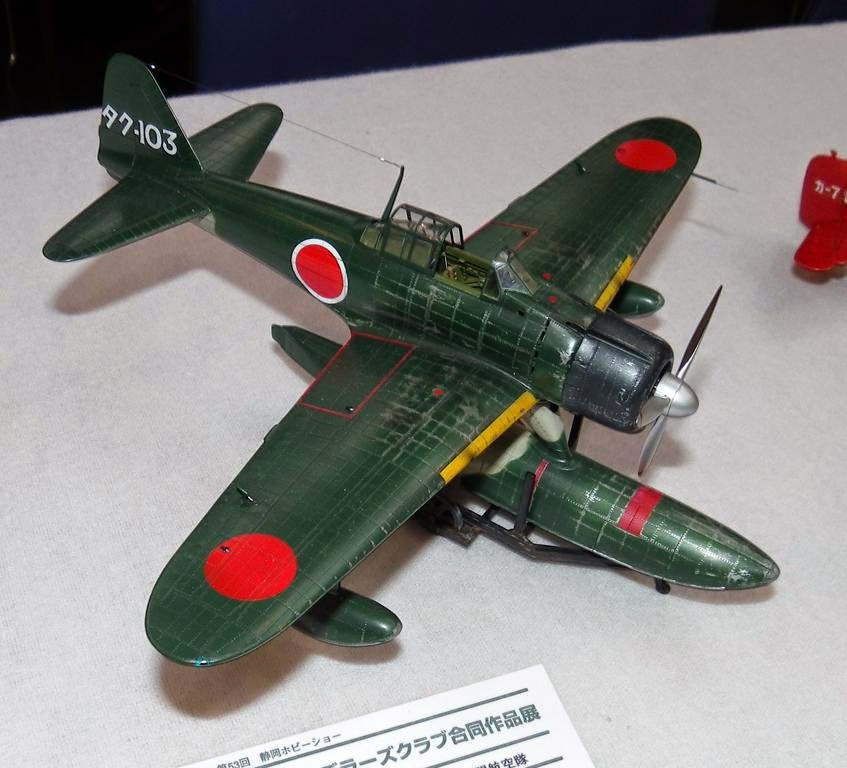 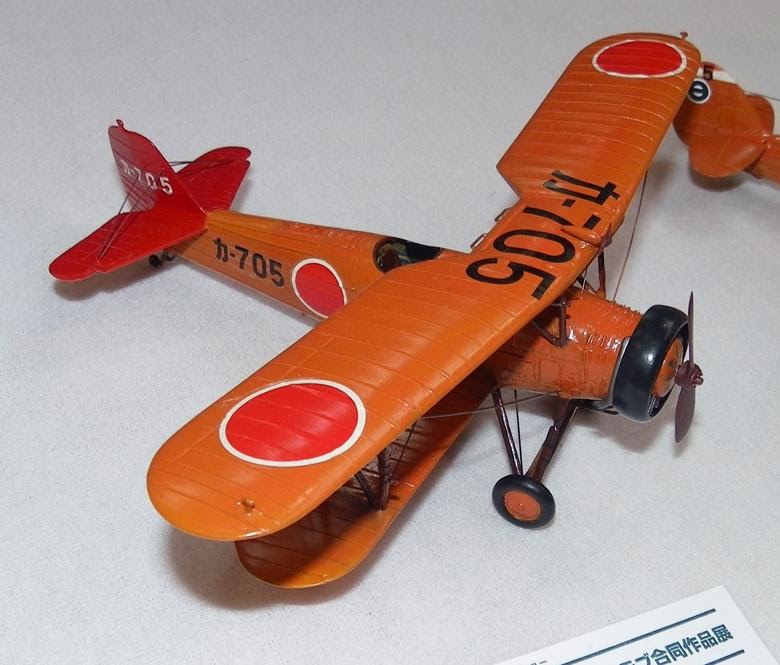 Hamamatsu BMC 2014, from Hamamatsu
This year the group's subject was "reconnaissance aircraft". Note the exquisite Kawanishi E7K2 in 1/48 by Suzuki Toshiyuki-san; one of the models that really stood out in the show. Suzuki-san's model is solid wood and ofcourse scratch-built, using basically the old Maru Mechanic as reference. It took him about a year on-and-off to finish it. 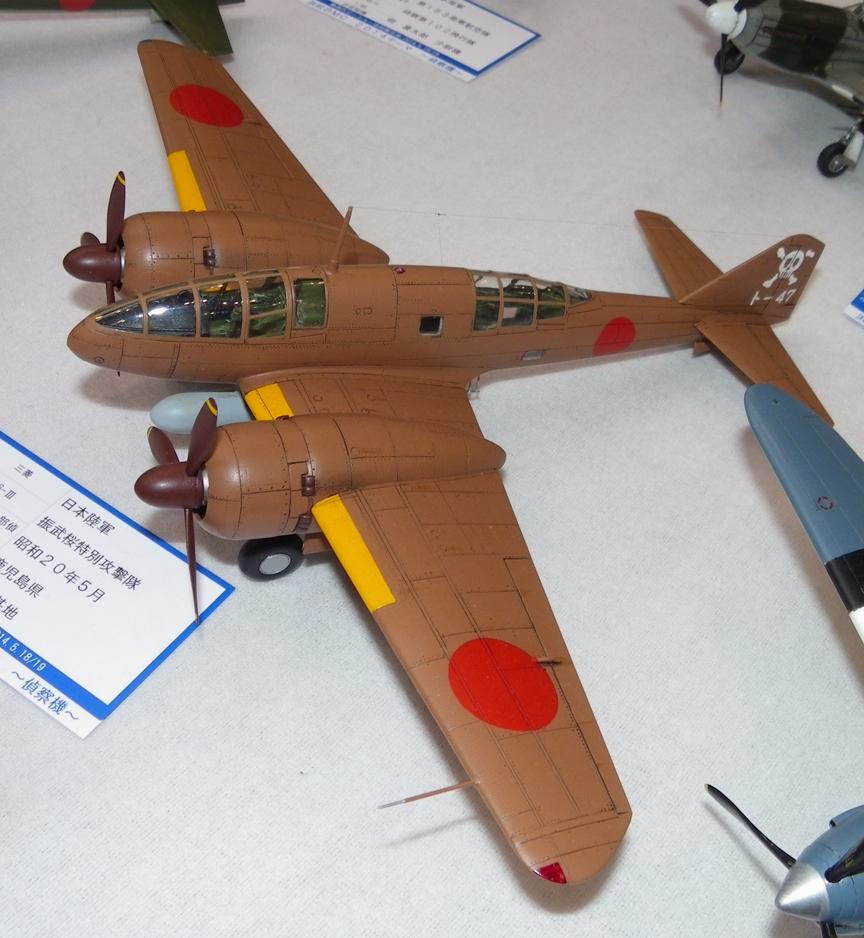 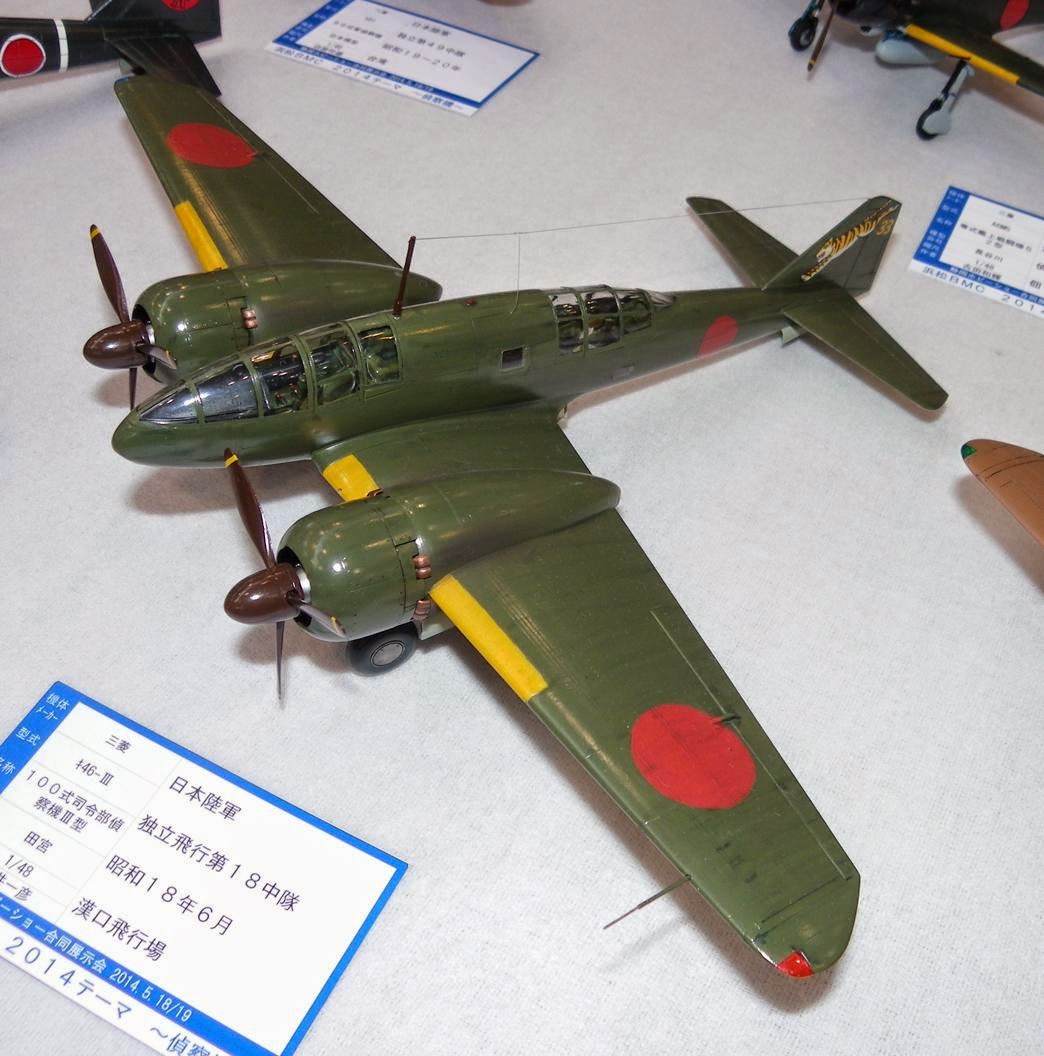 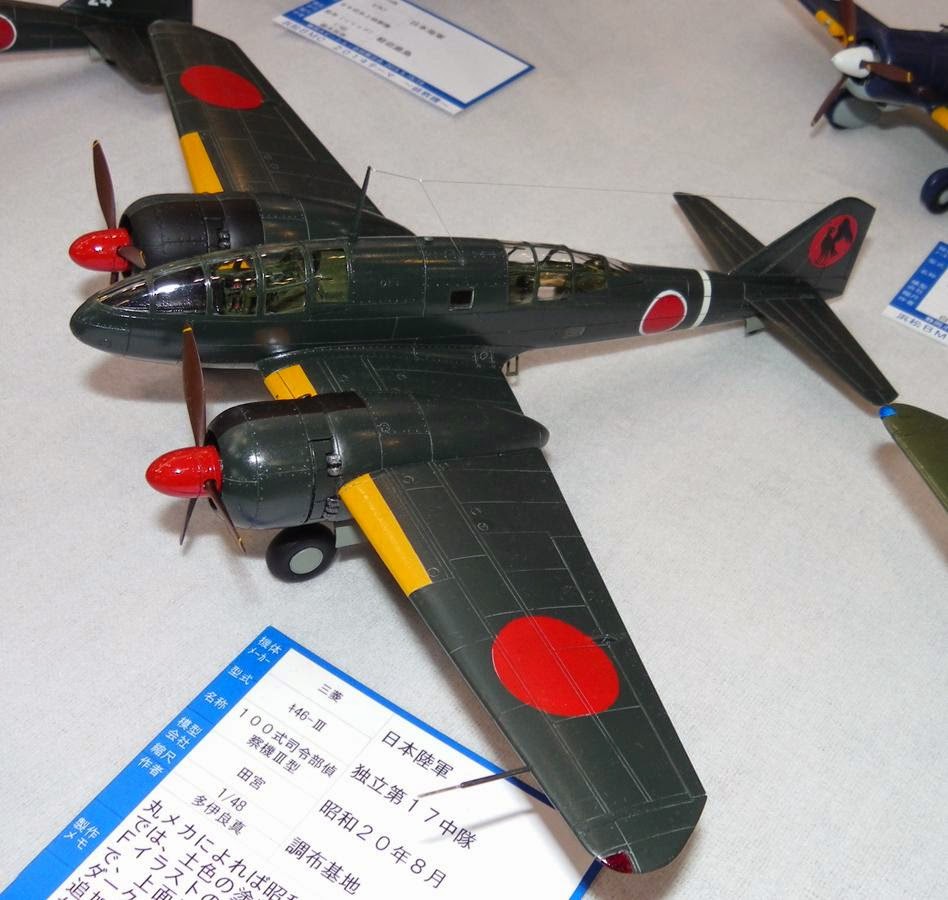 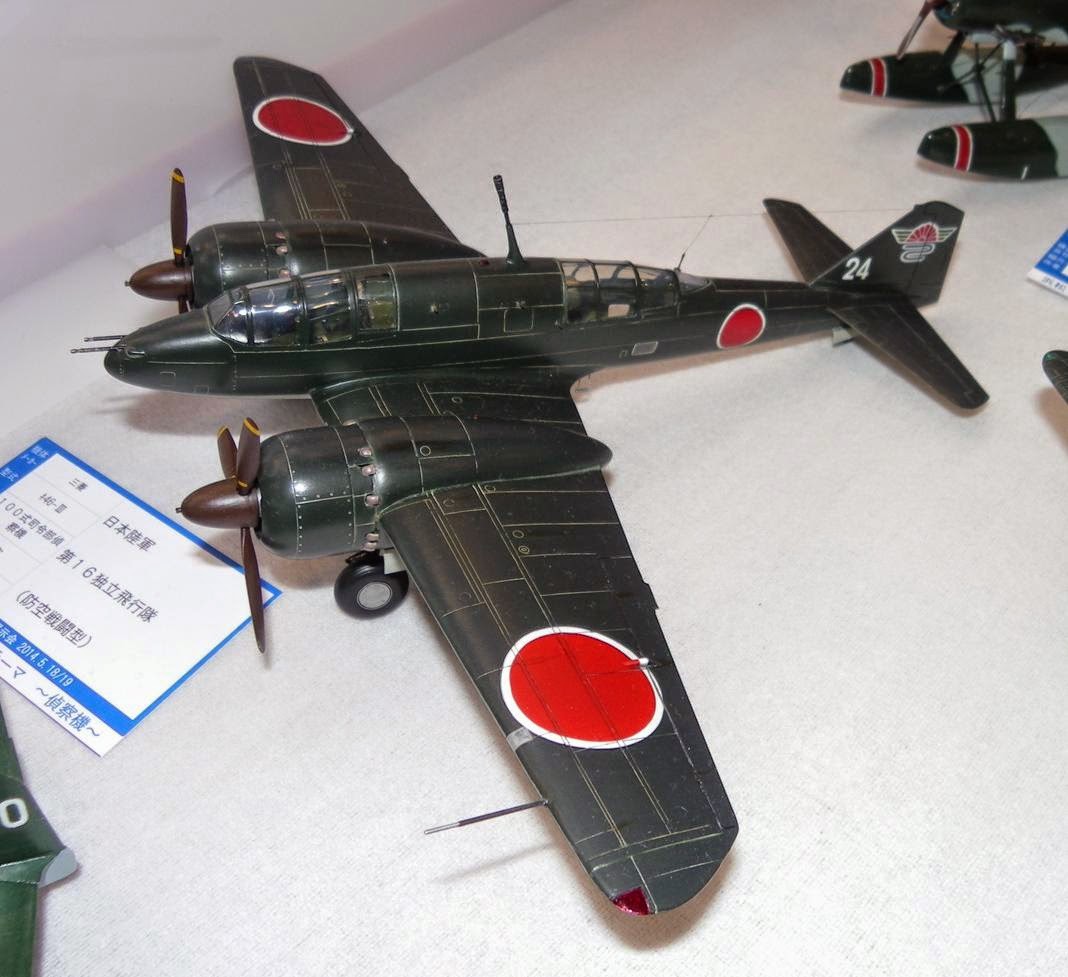 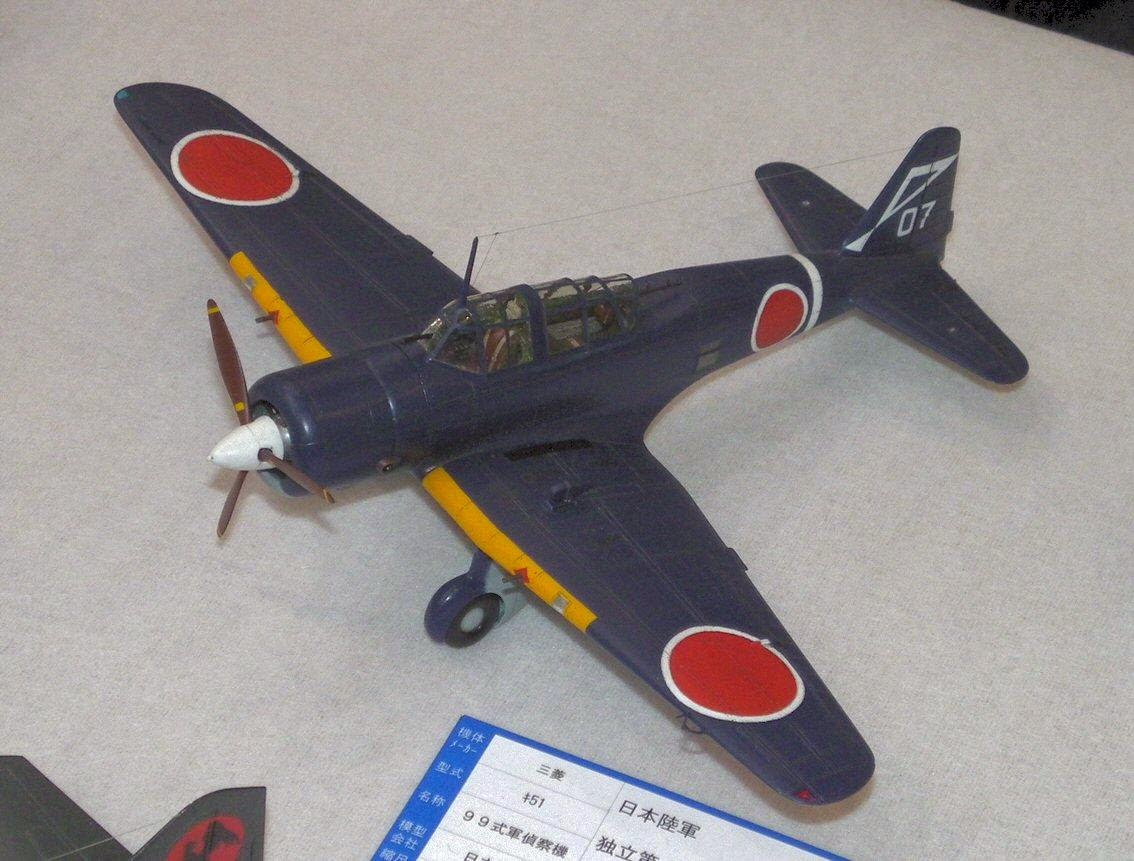 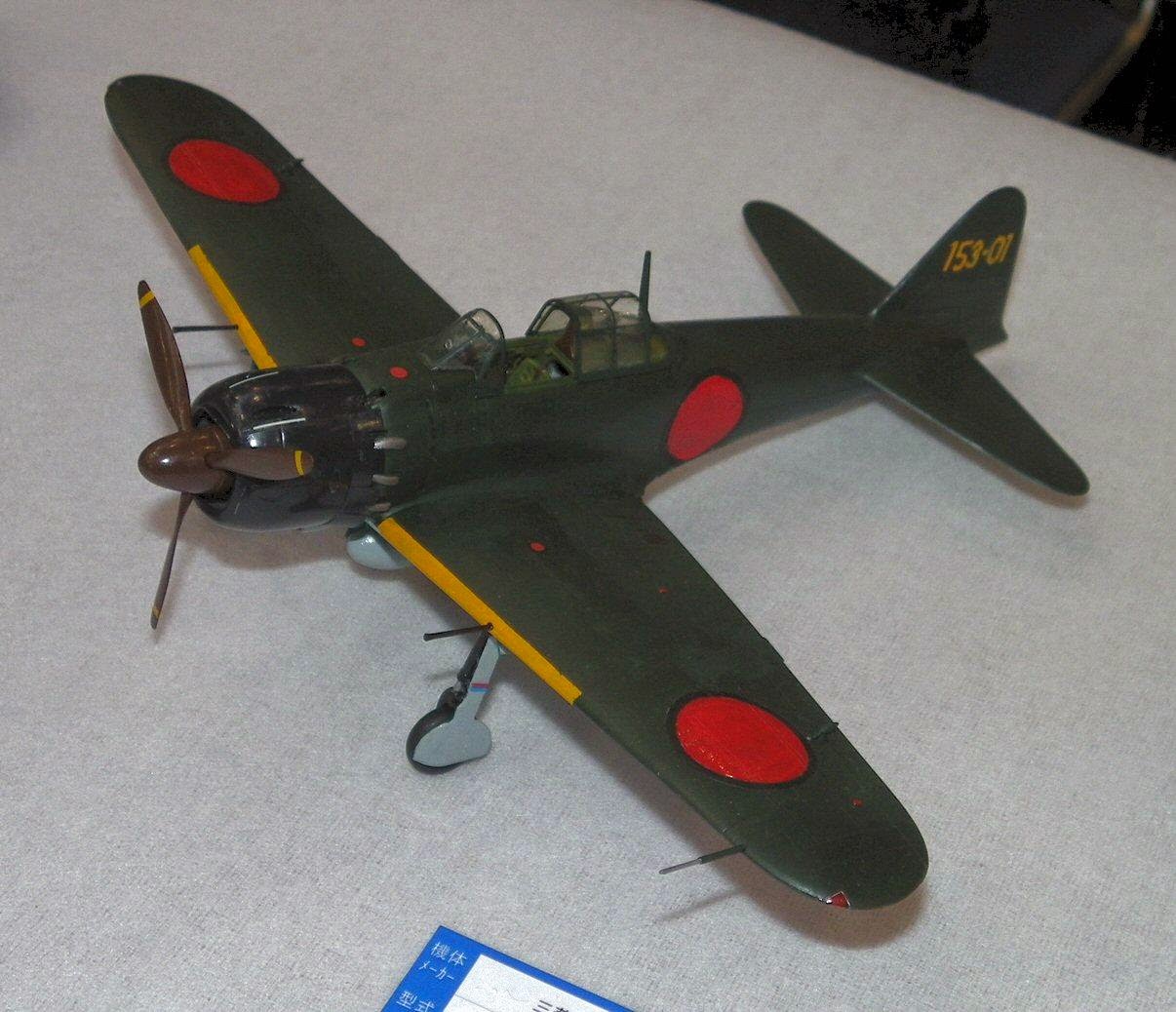 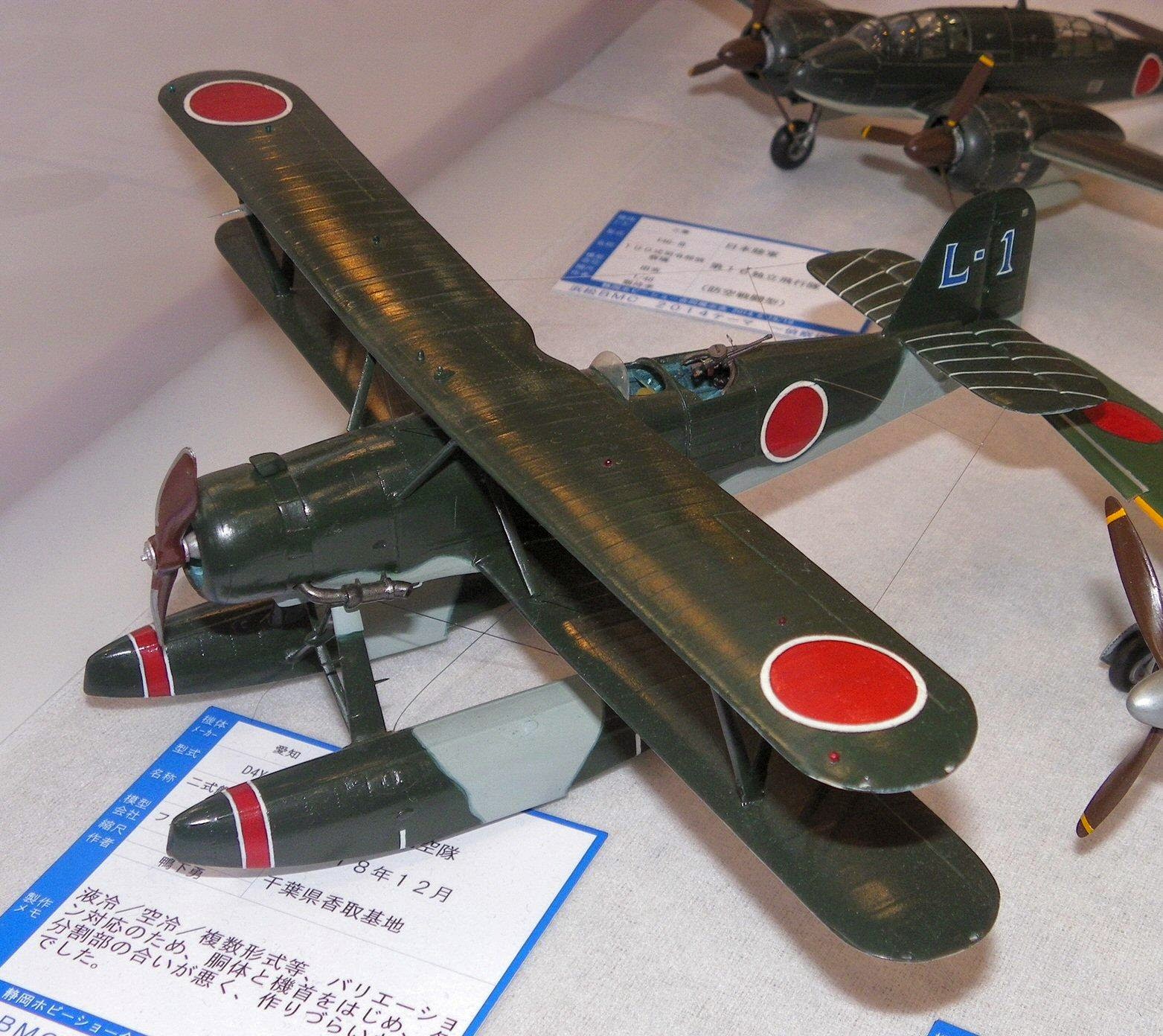 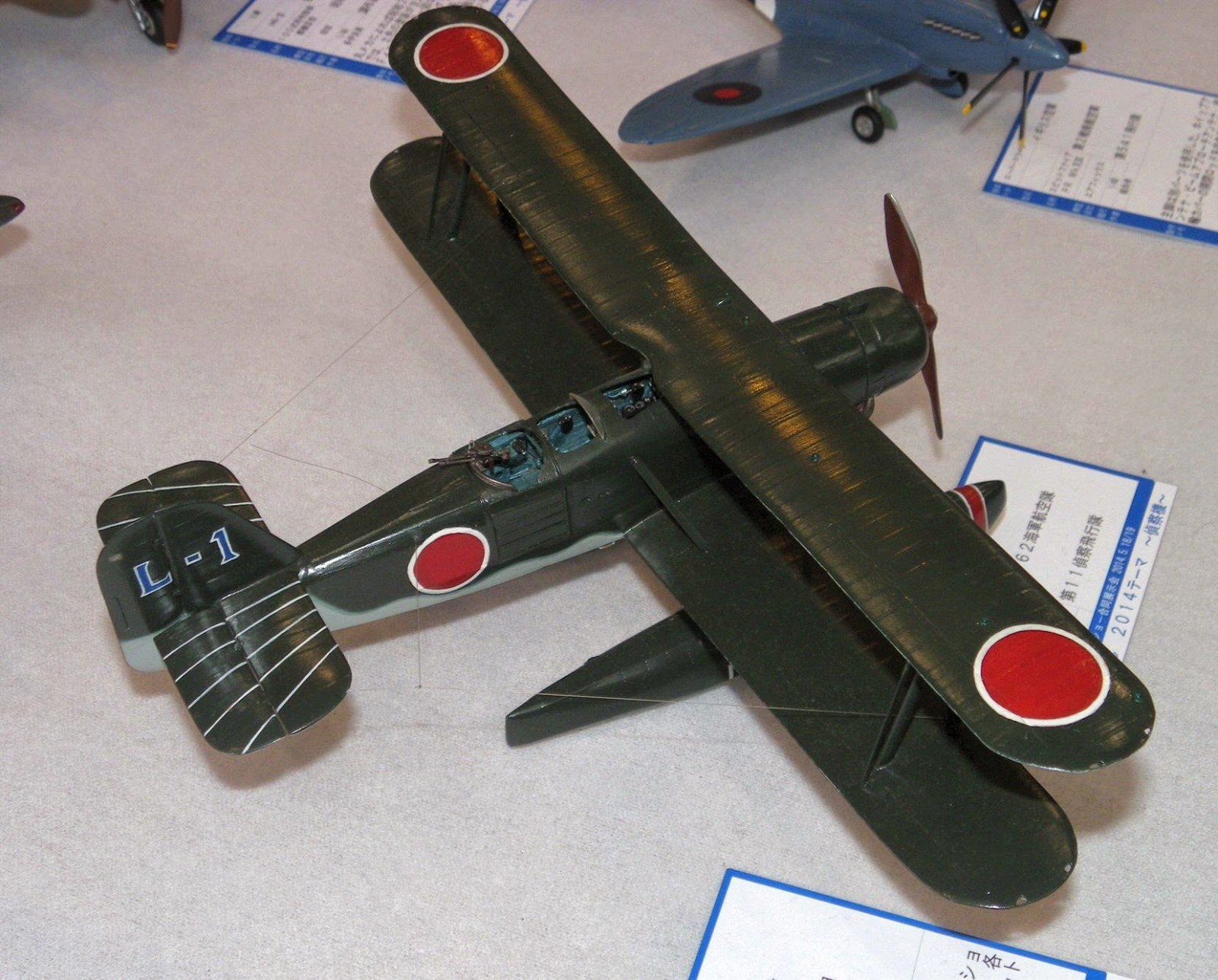 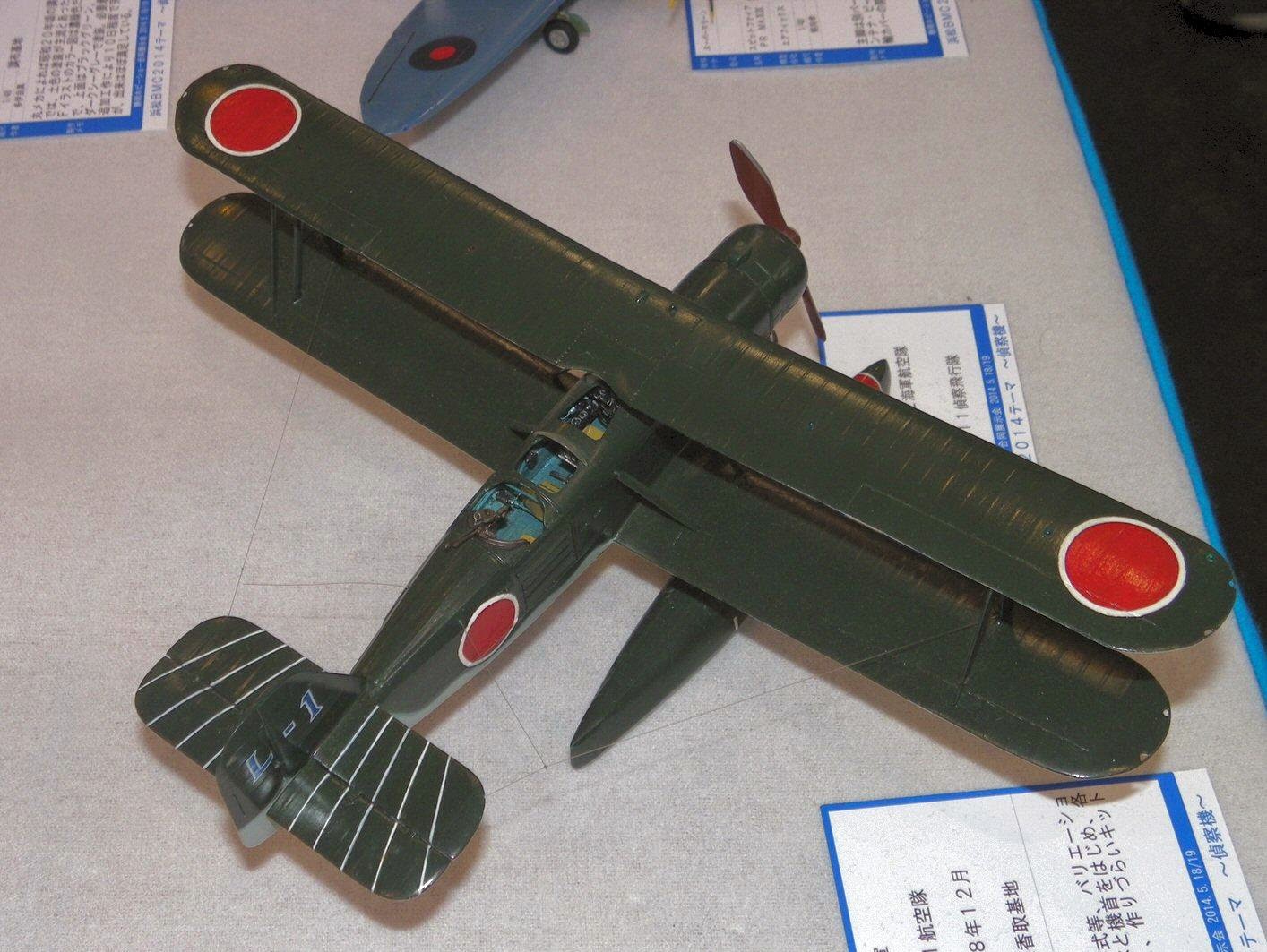 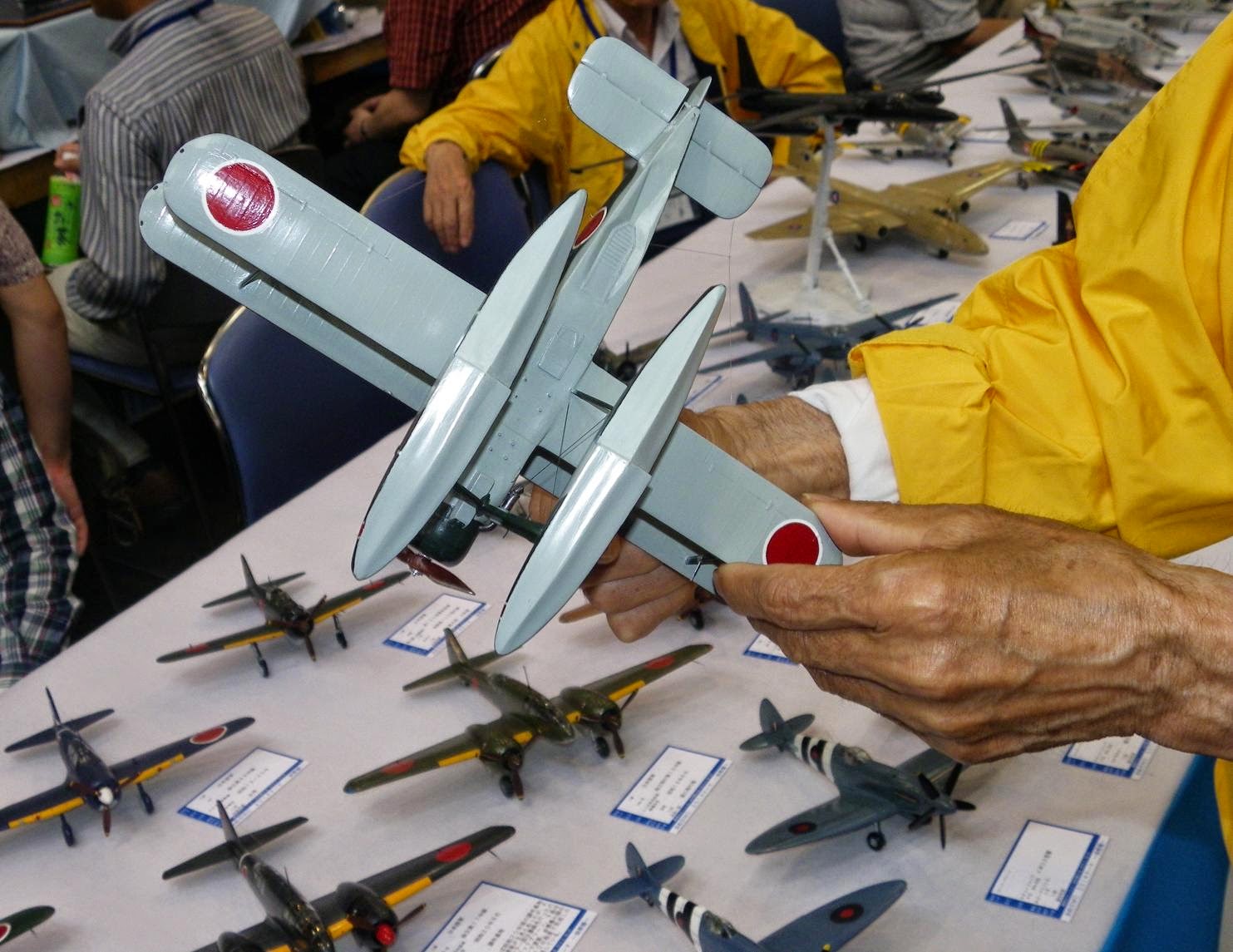 2nd Biplane Modelers Summit 2014, from Tokyo
Note the super cool Edward Morane-Saulnier MS.30 in 1/48 which Amagai Sinichiro-san built in only two weeks!!! He says: "I will never again build a soft plastic parasol wing airplane model."
The Choroszy Mitsubishi 2MT (Navy Type 13 Carrier Attack-bomber) is in 1/72 and was built by Yamagishi Seiji. 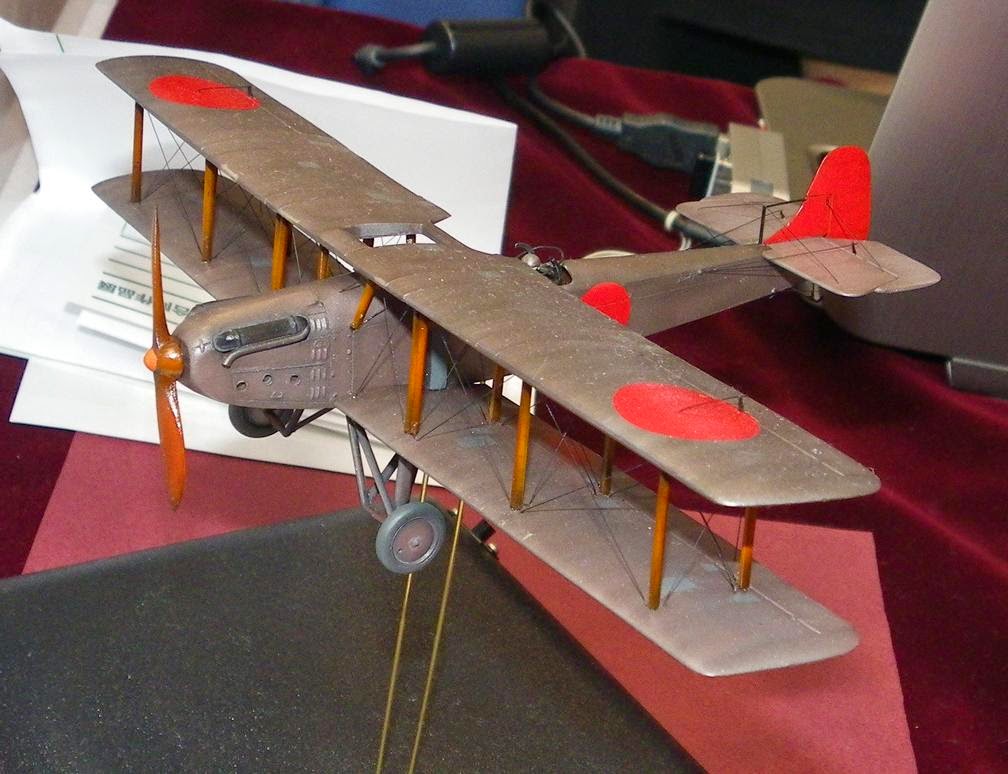 Tobanai-kai, from the Kansai area.
The beautiful Salmson 2A2 Otsu-1, by the Greek company Gas Patch models in 1/48, was built by Masuda Takashi-san who thoroughly enjoyed building it although he had difficulties with the rigging. The colour he chose is not perfect but certainly more accurate than the overall silver suggested by the kit maker (who only asked us for translations...tsk tsk tsk). 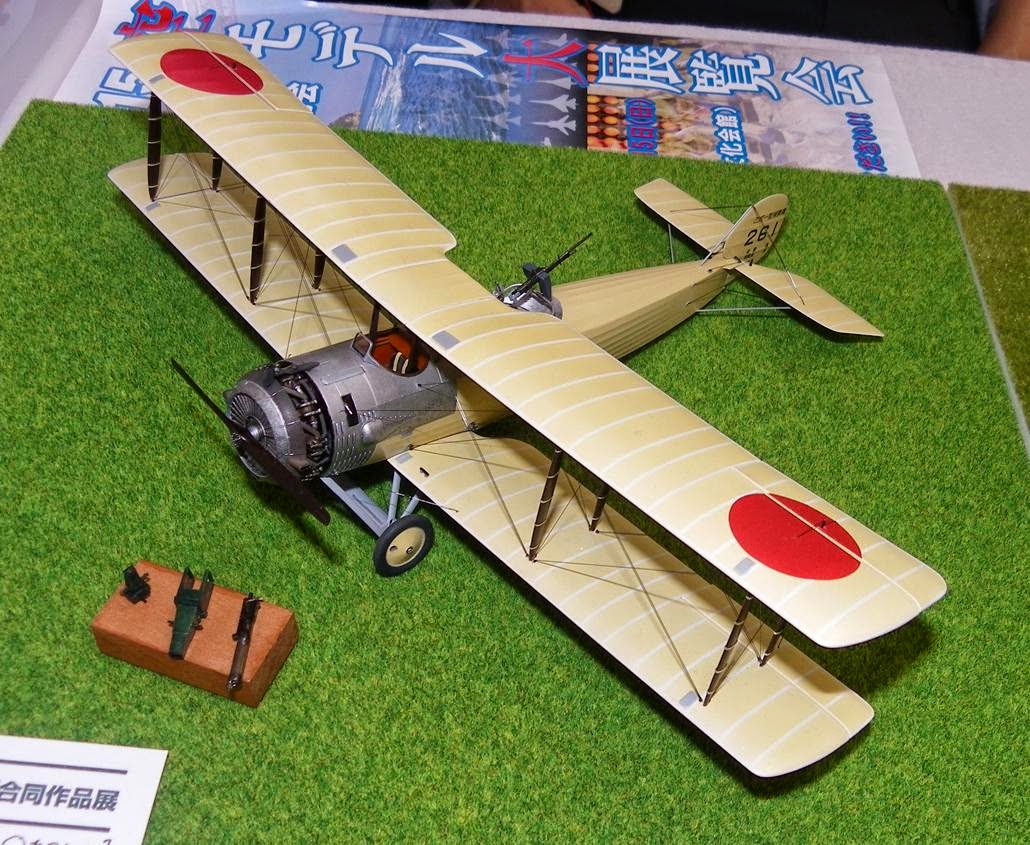 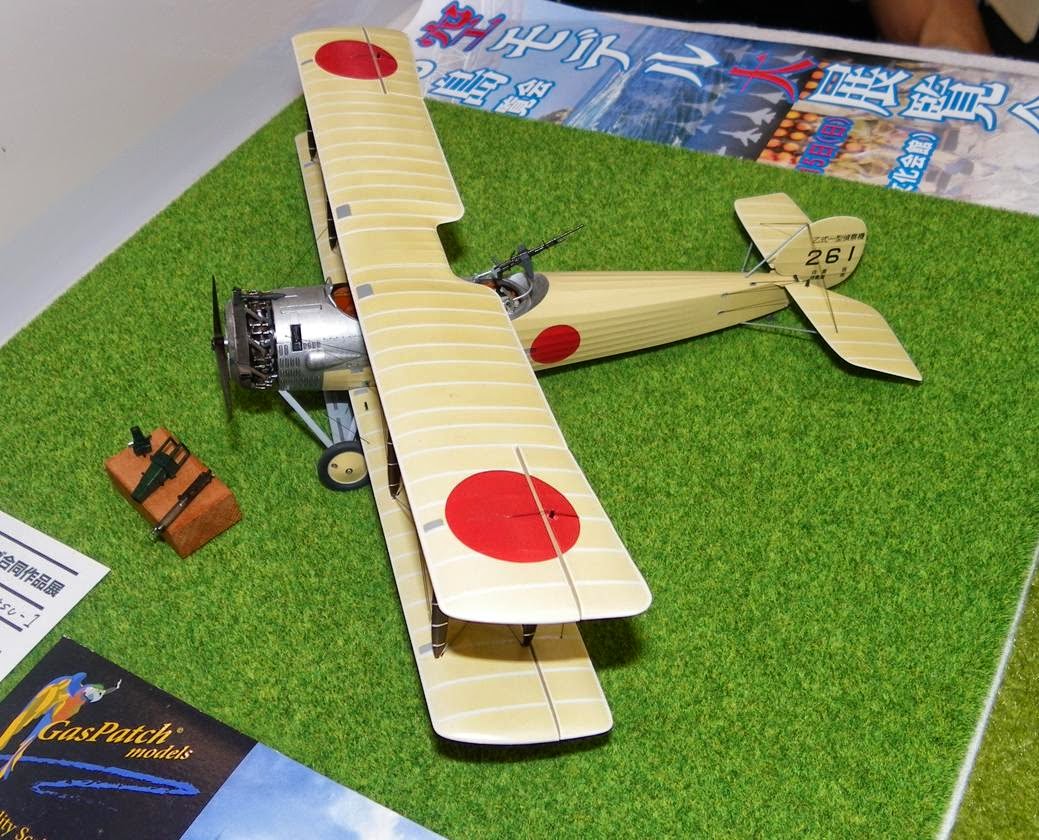 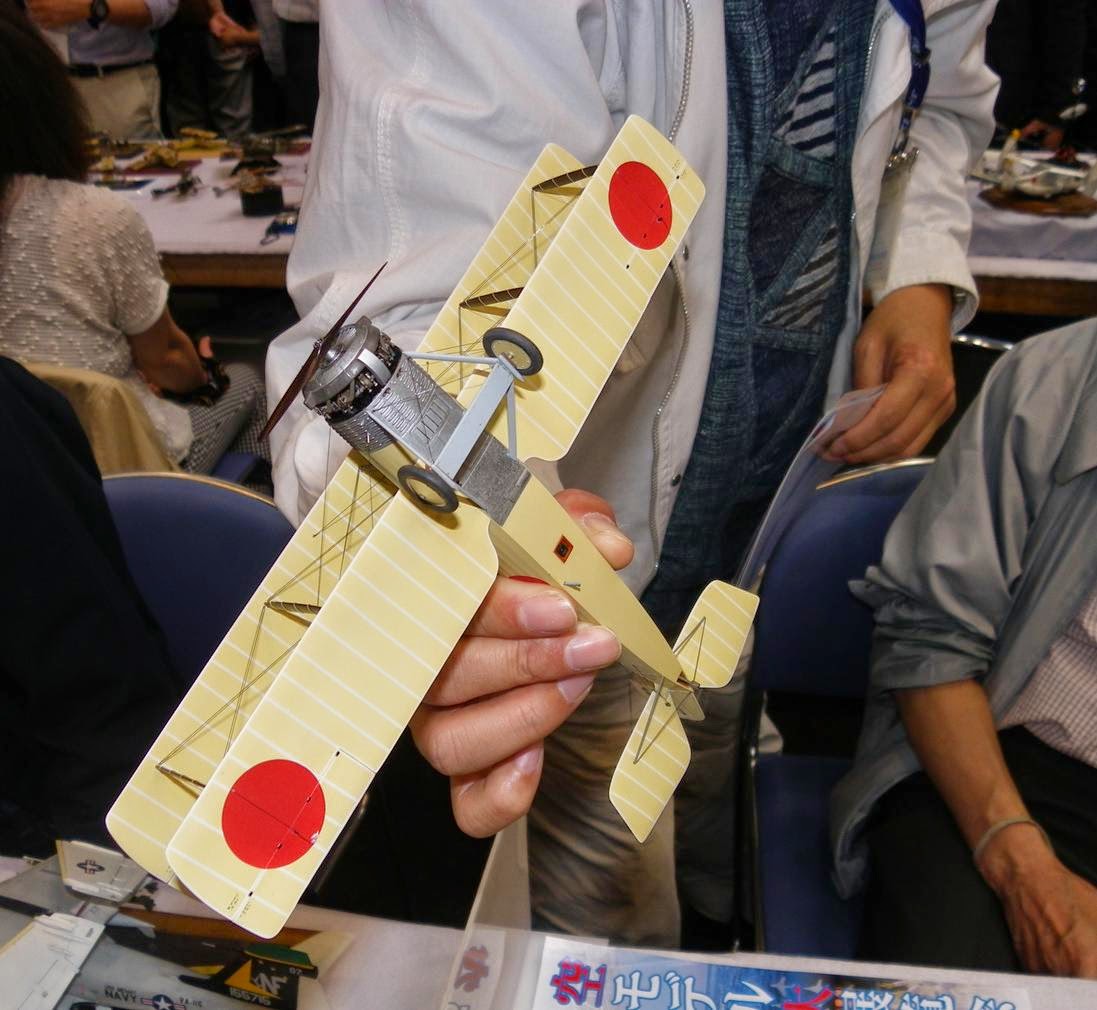 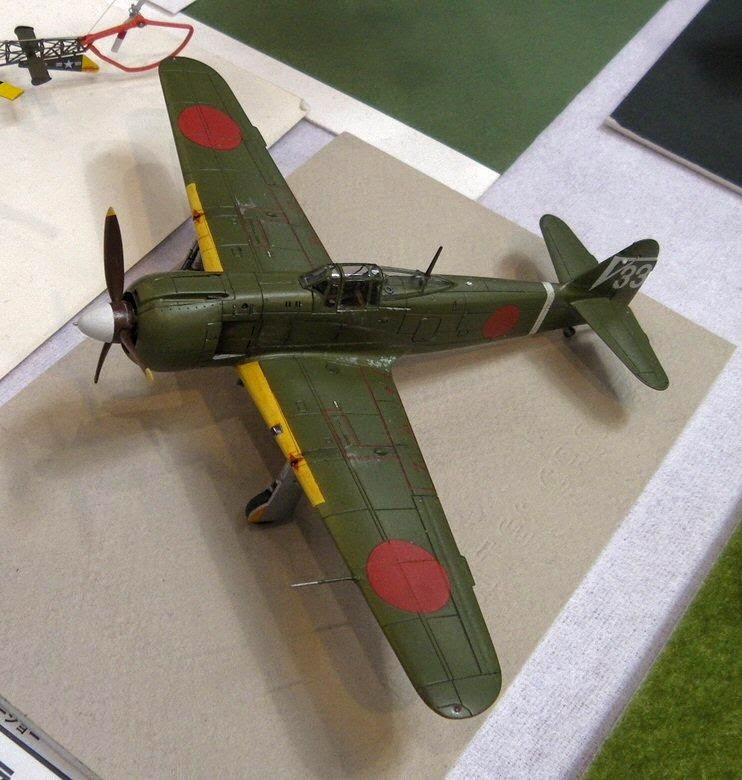 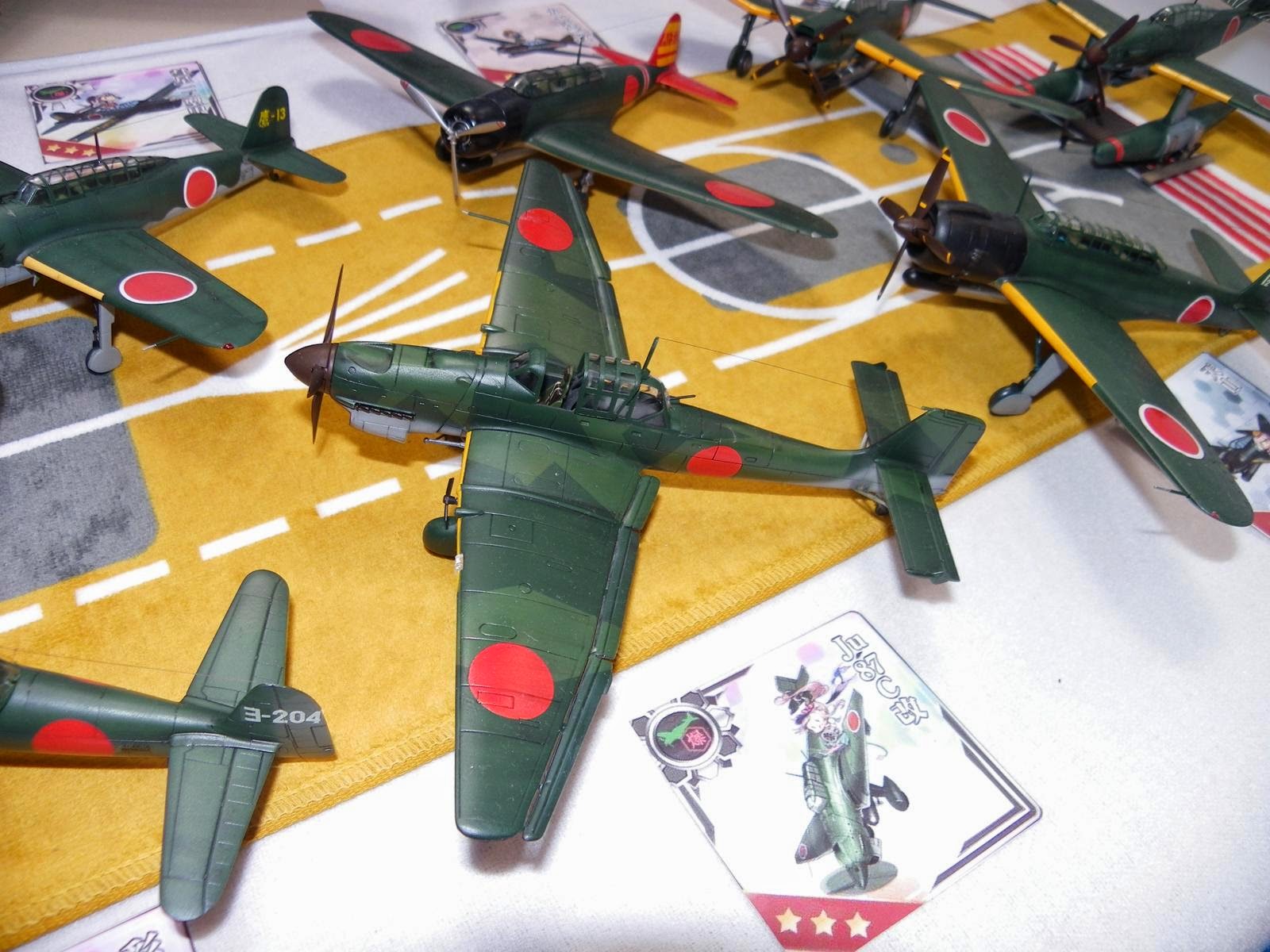 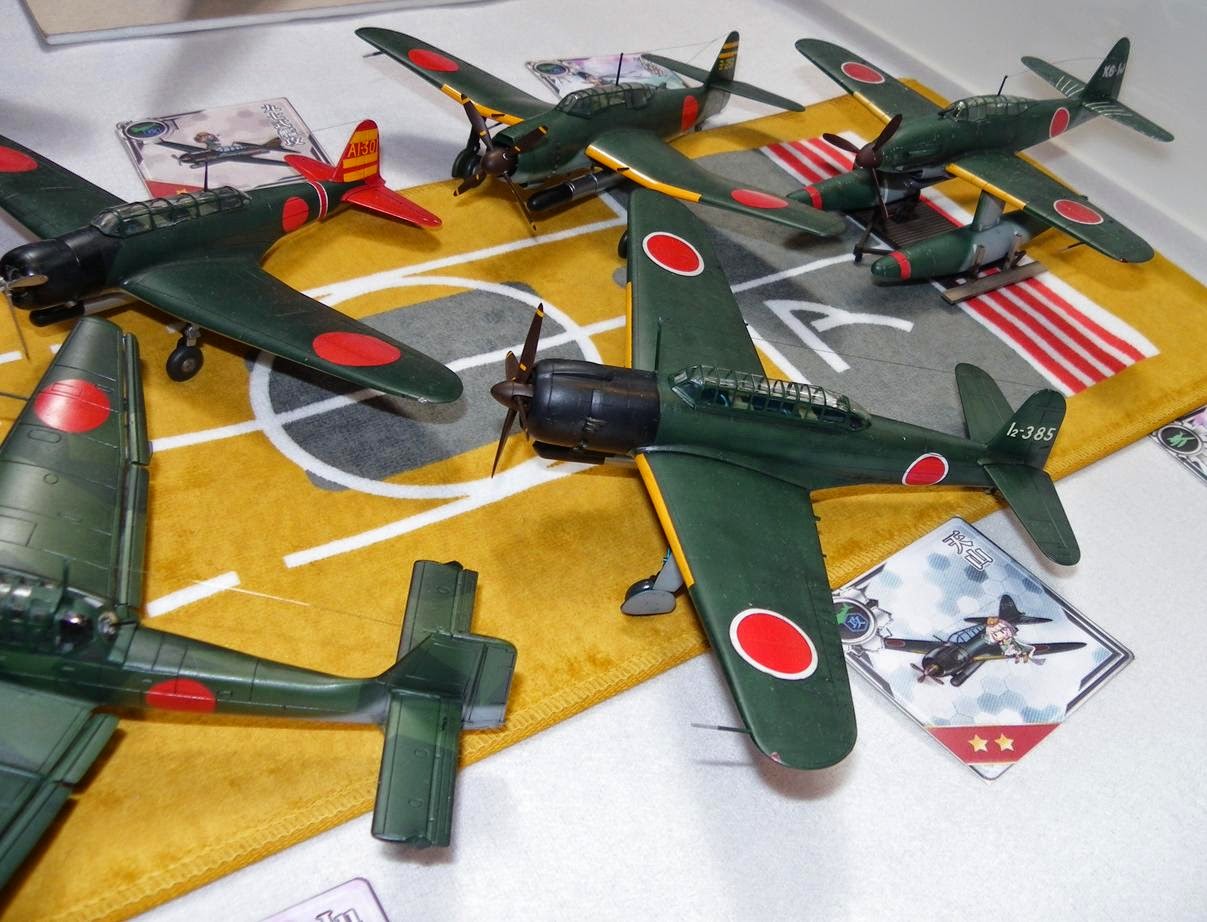 An incredible assortment of models! I need to see the show in person someday.
Thanks!