This year there were many brilliant Japanese aircraft models. Thanks to the two movies "Kaze Tachinu" and "Eien no Zero" there was not even one model club table without plenty of Zero-sen and Mitsubishi gull-wing fighters. Although many last year, there were no Meng Mansyu Ki-98, not even one "Toryu" or "Shusui", very few IJAAF bombers and only one or two Japanese civilian planes.
Nevertheless all model groups showed exceptional creativity with some really funky models as you will see. The non-existence of a Tamigawa kit did not present an obstacle to those who really wanted to build an interesting and unusual subject. These days many modellers seem to forget the essential axiom of this hobby: when there's a will, there is a way.

So, here we go. This year we split the models by model clubs. 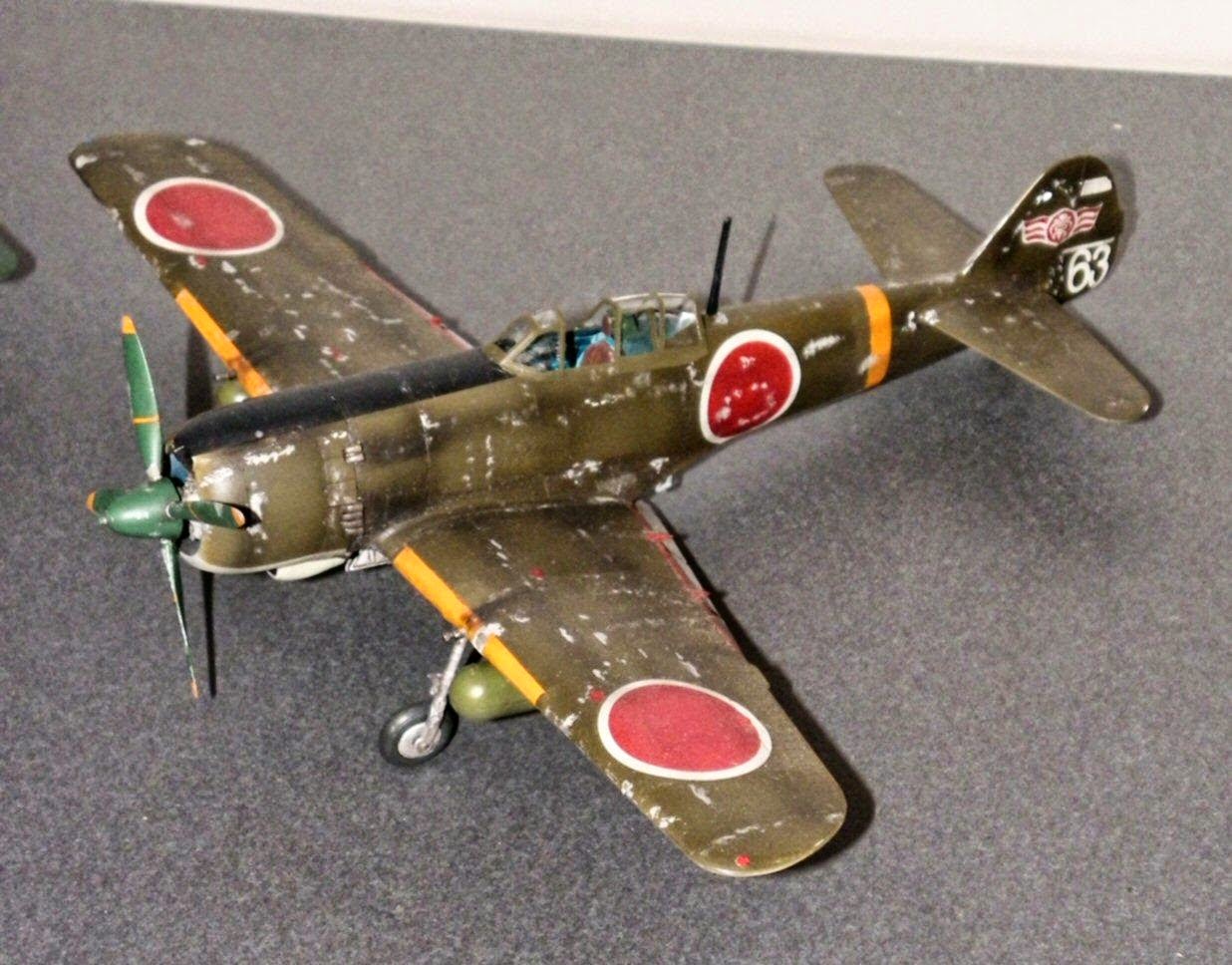 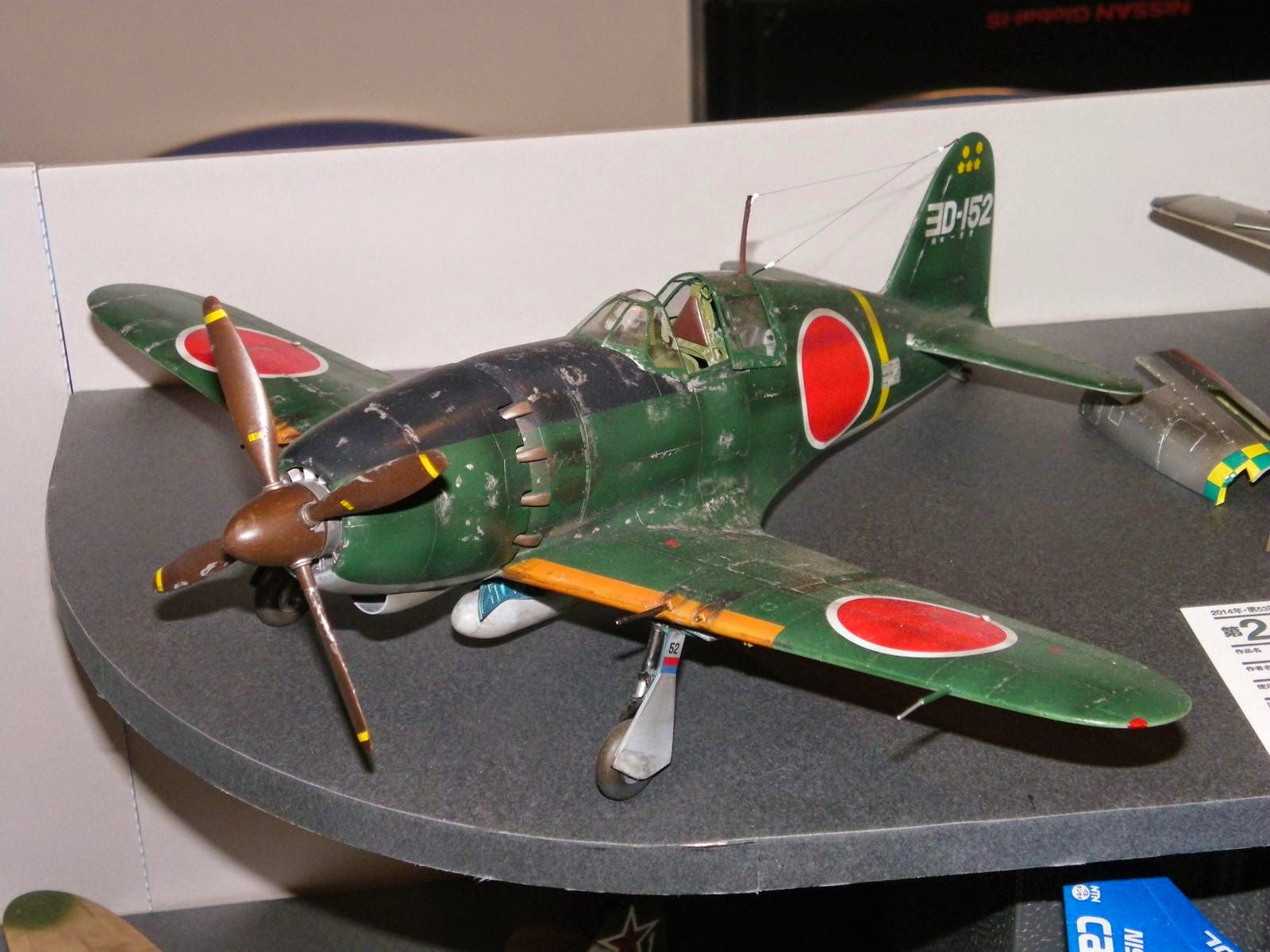 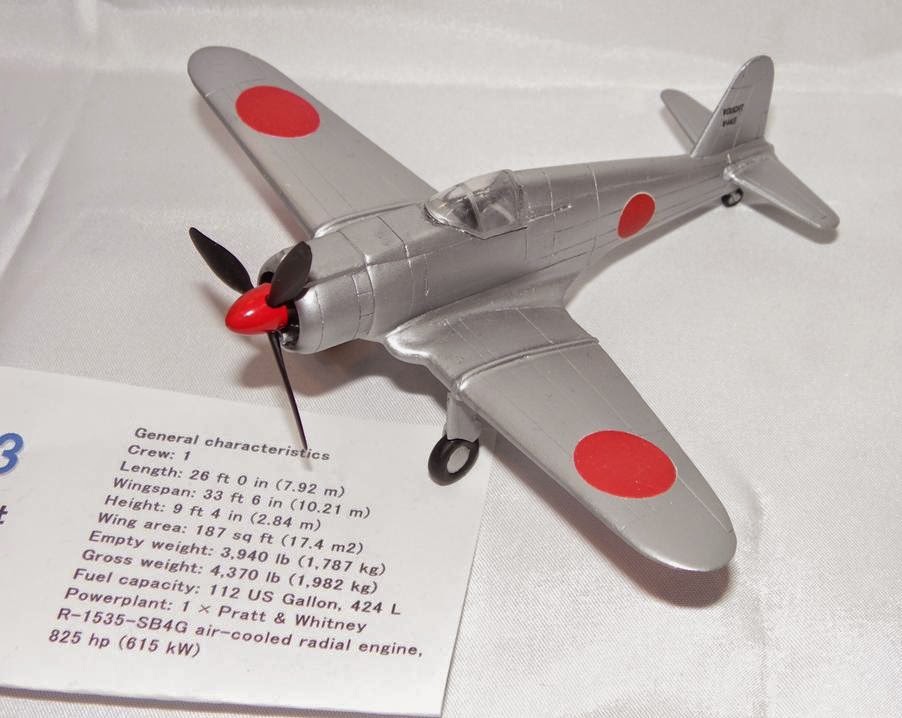 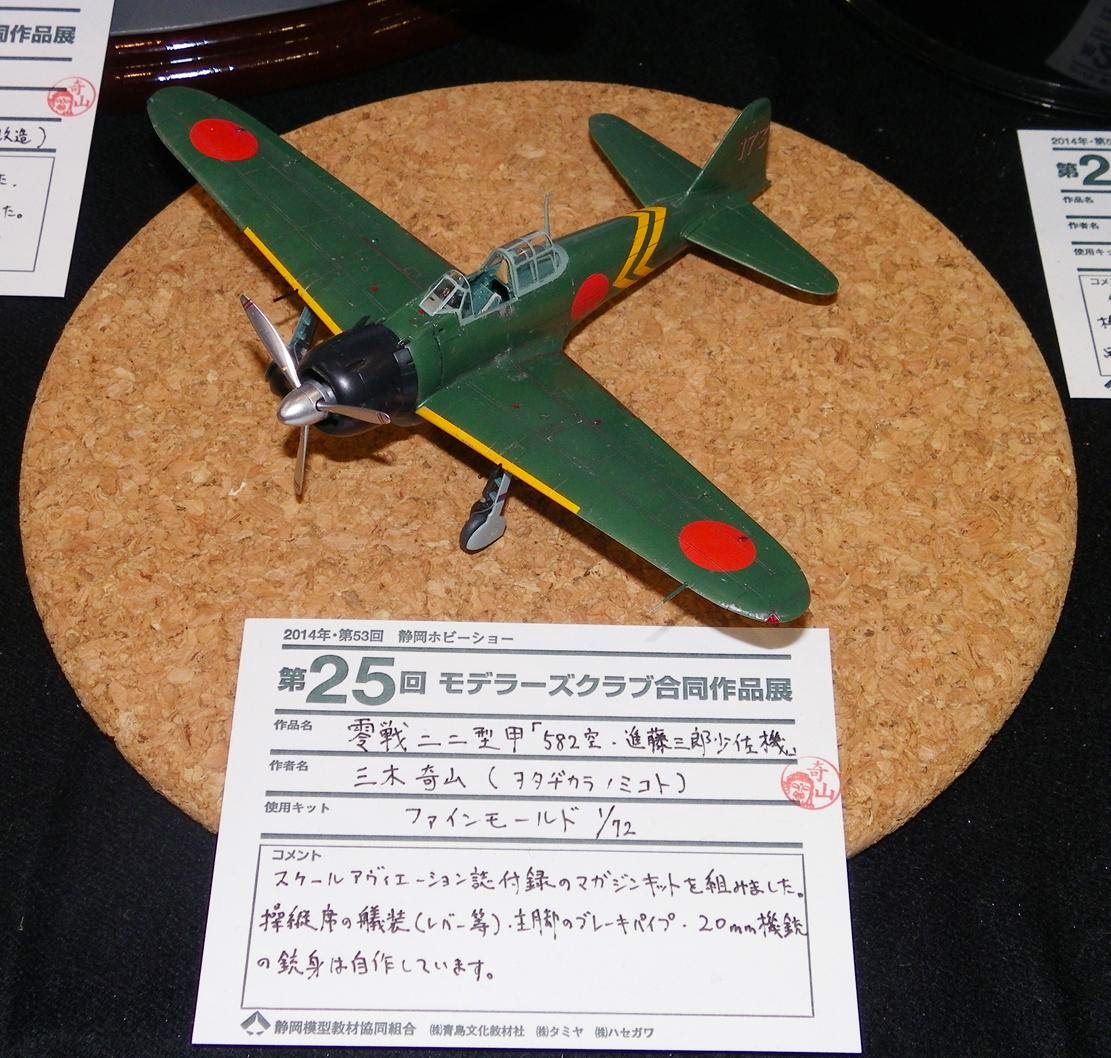 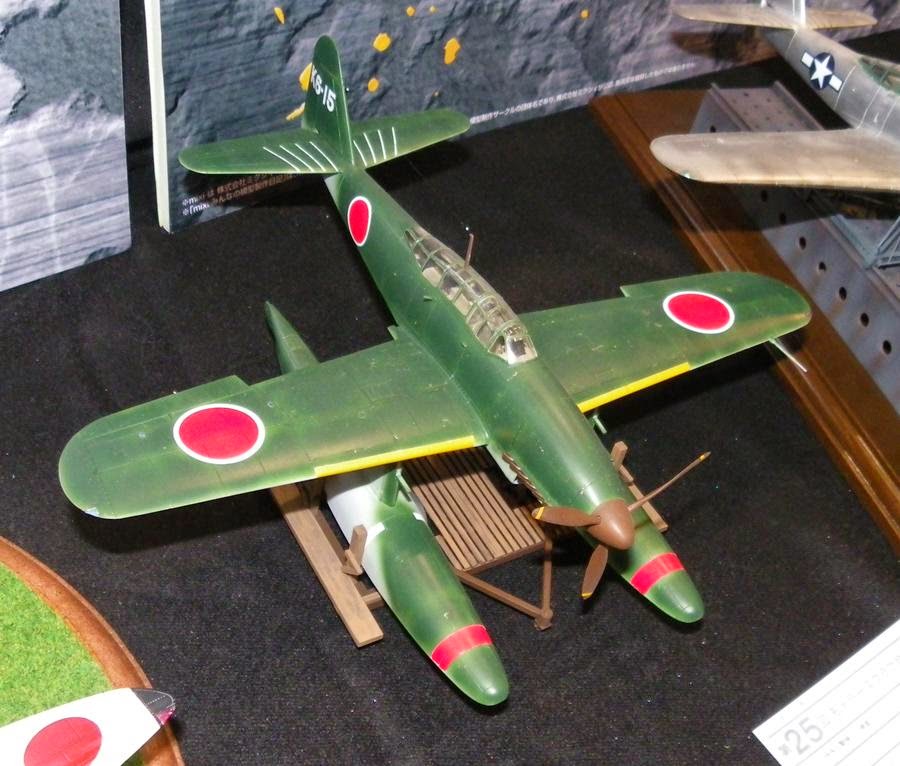 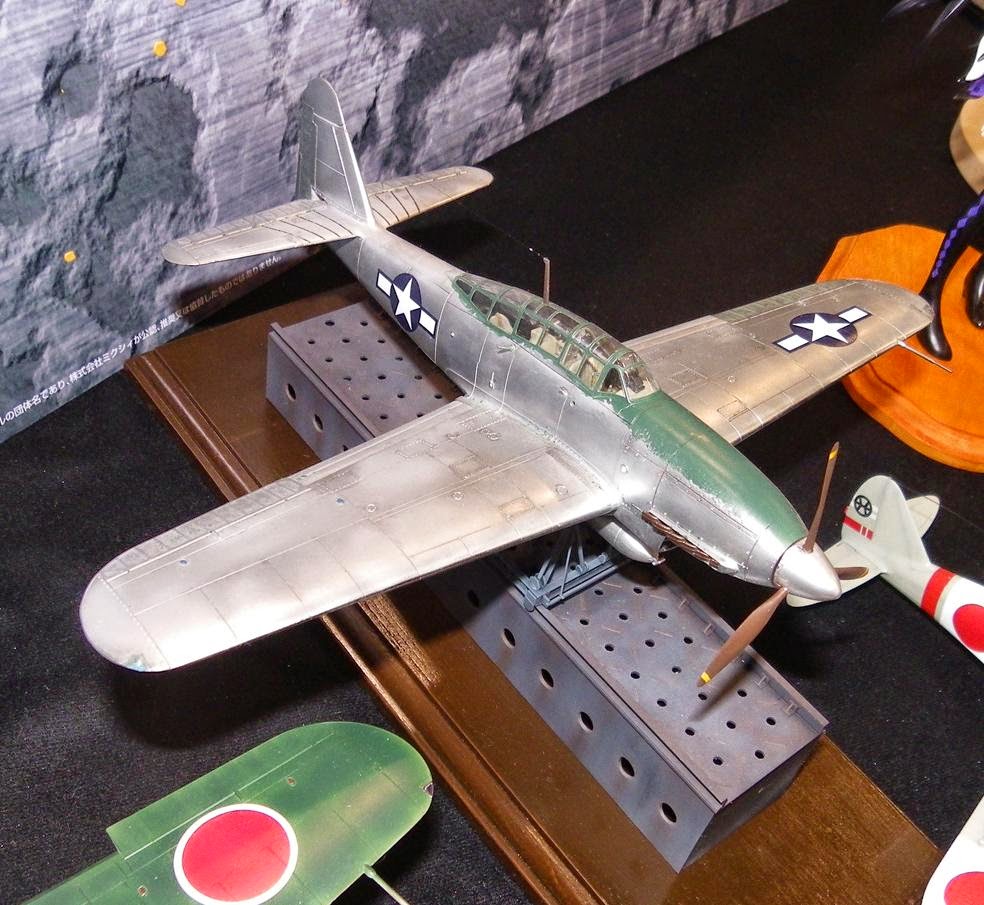 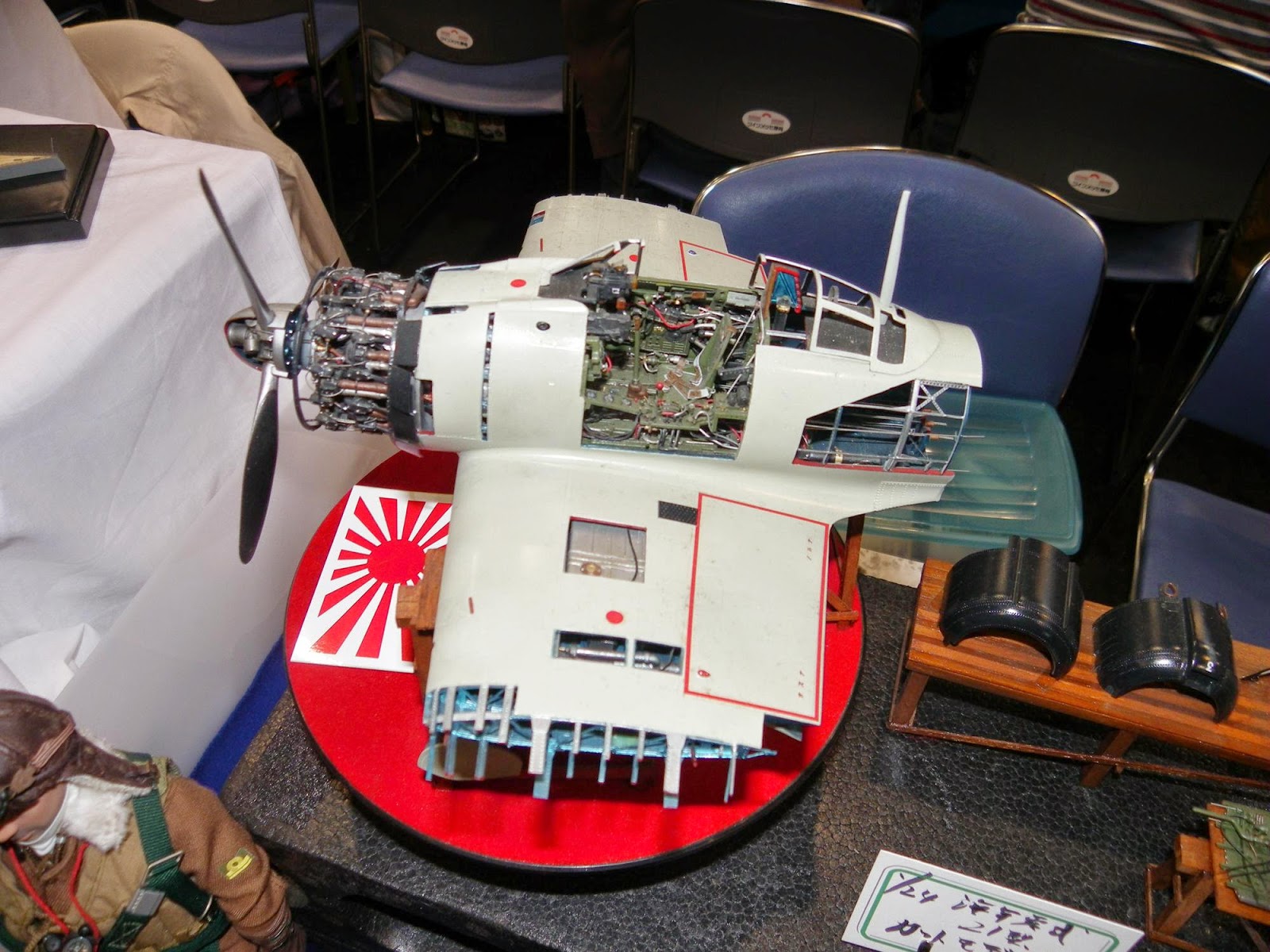 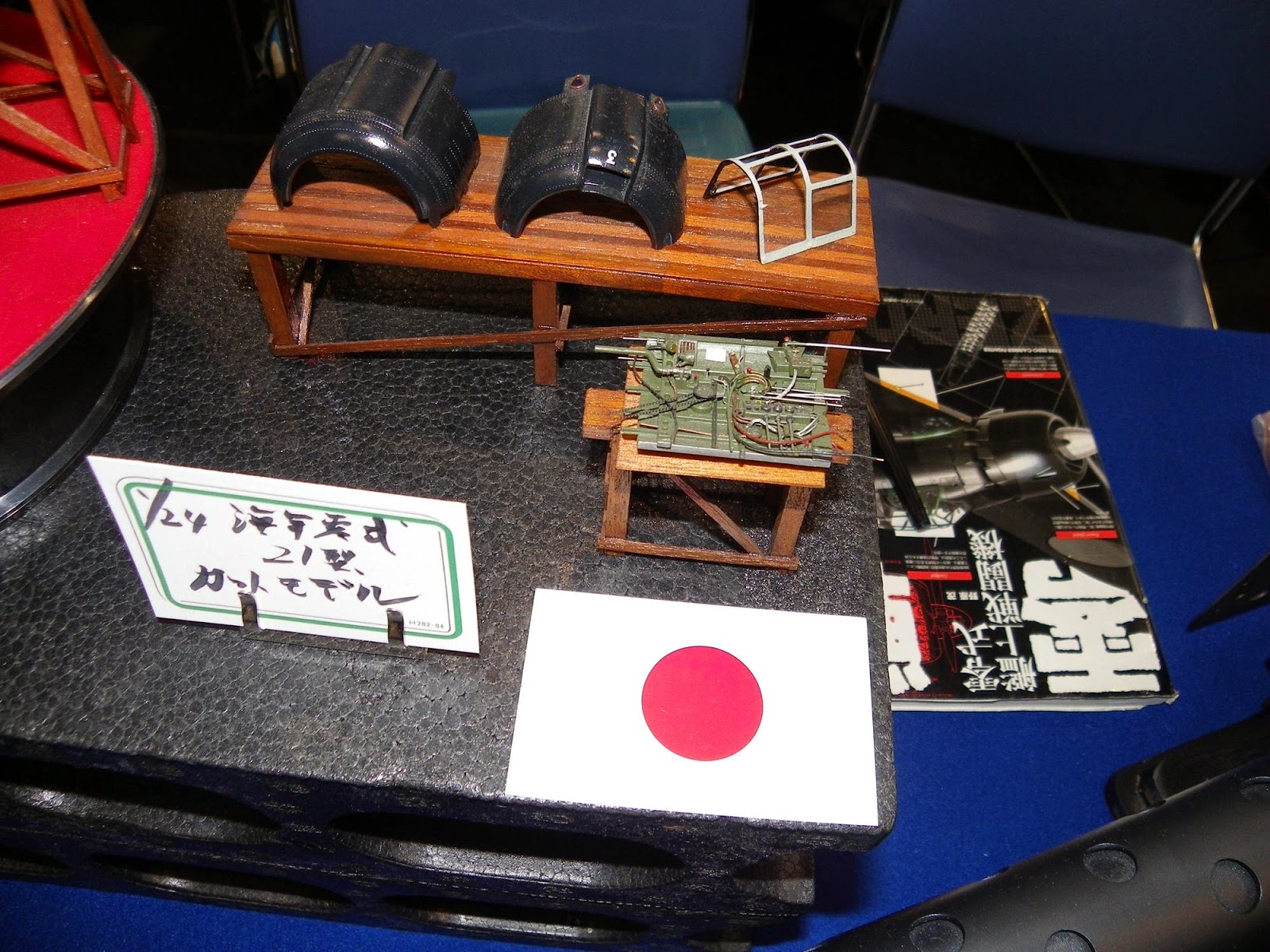 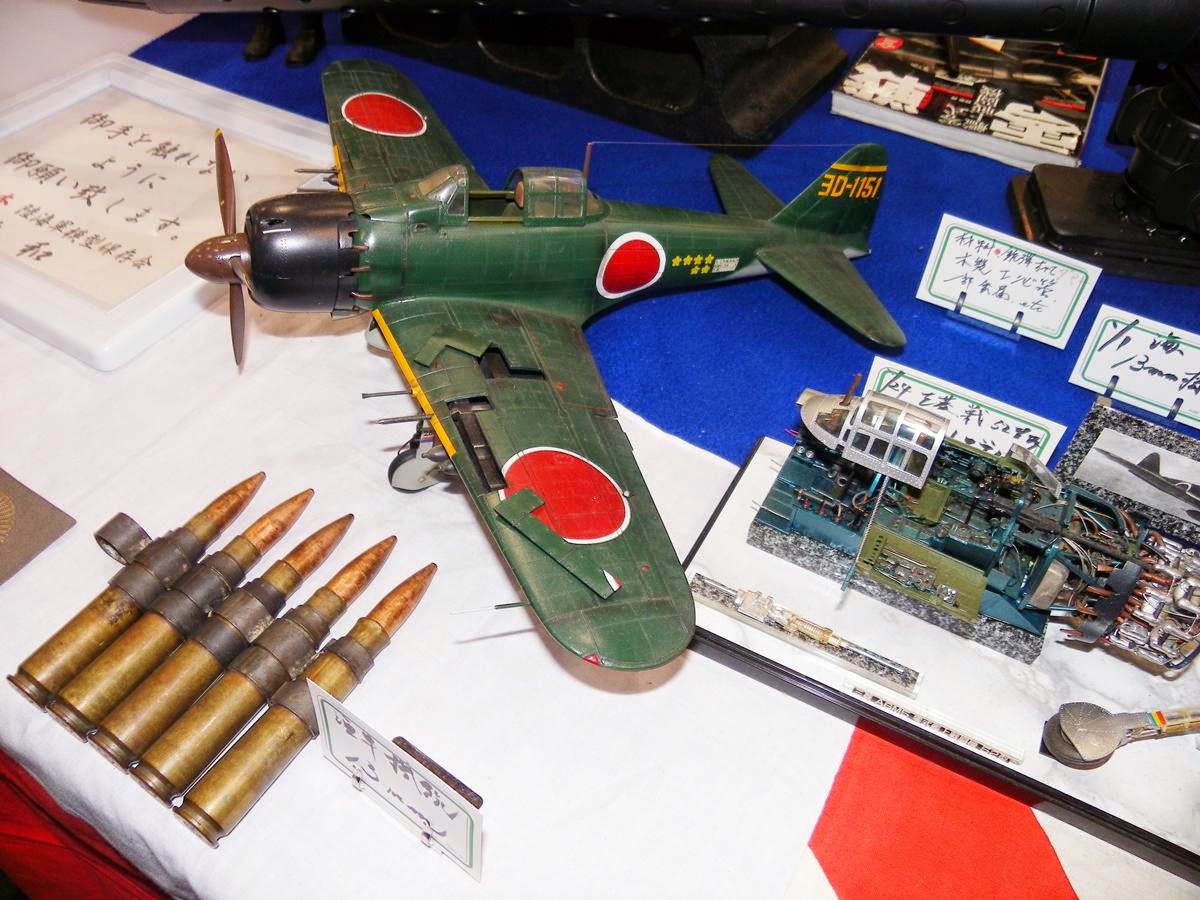 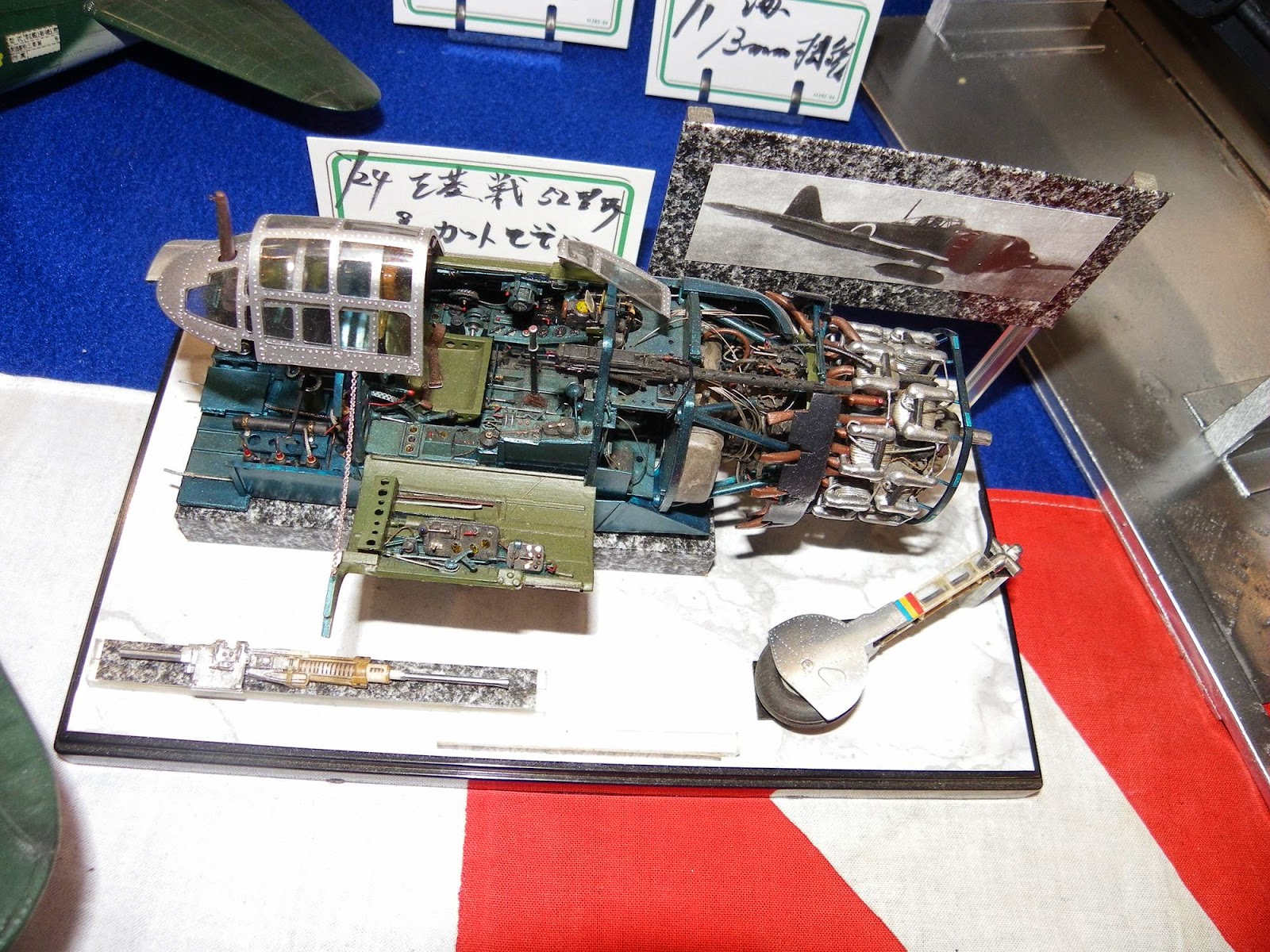 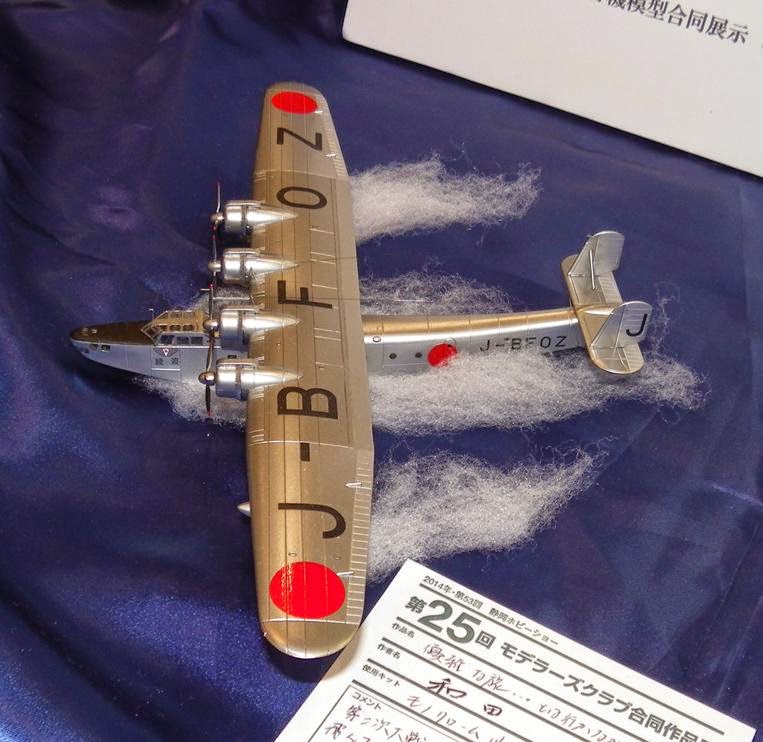 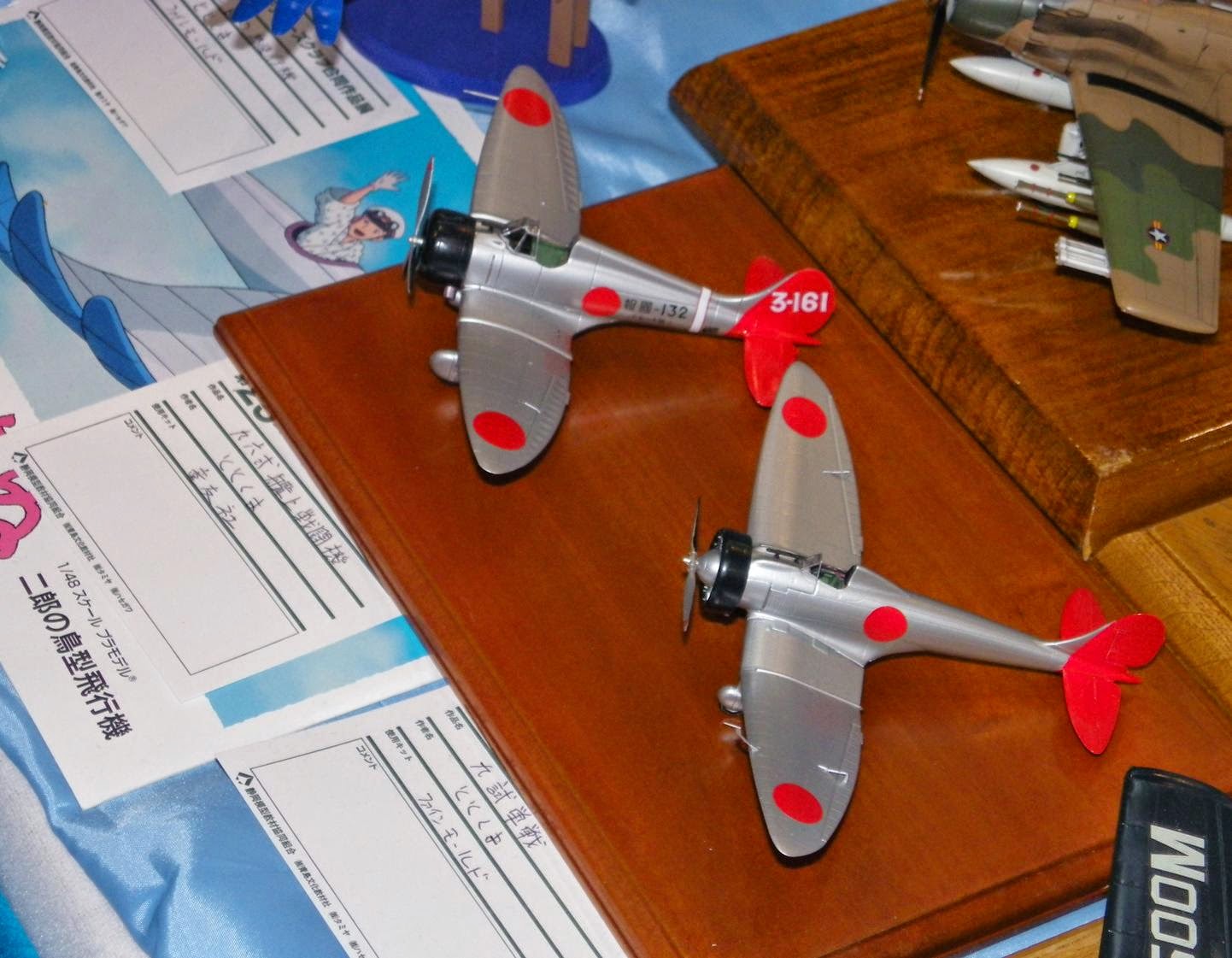 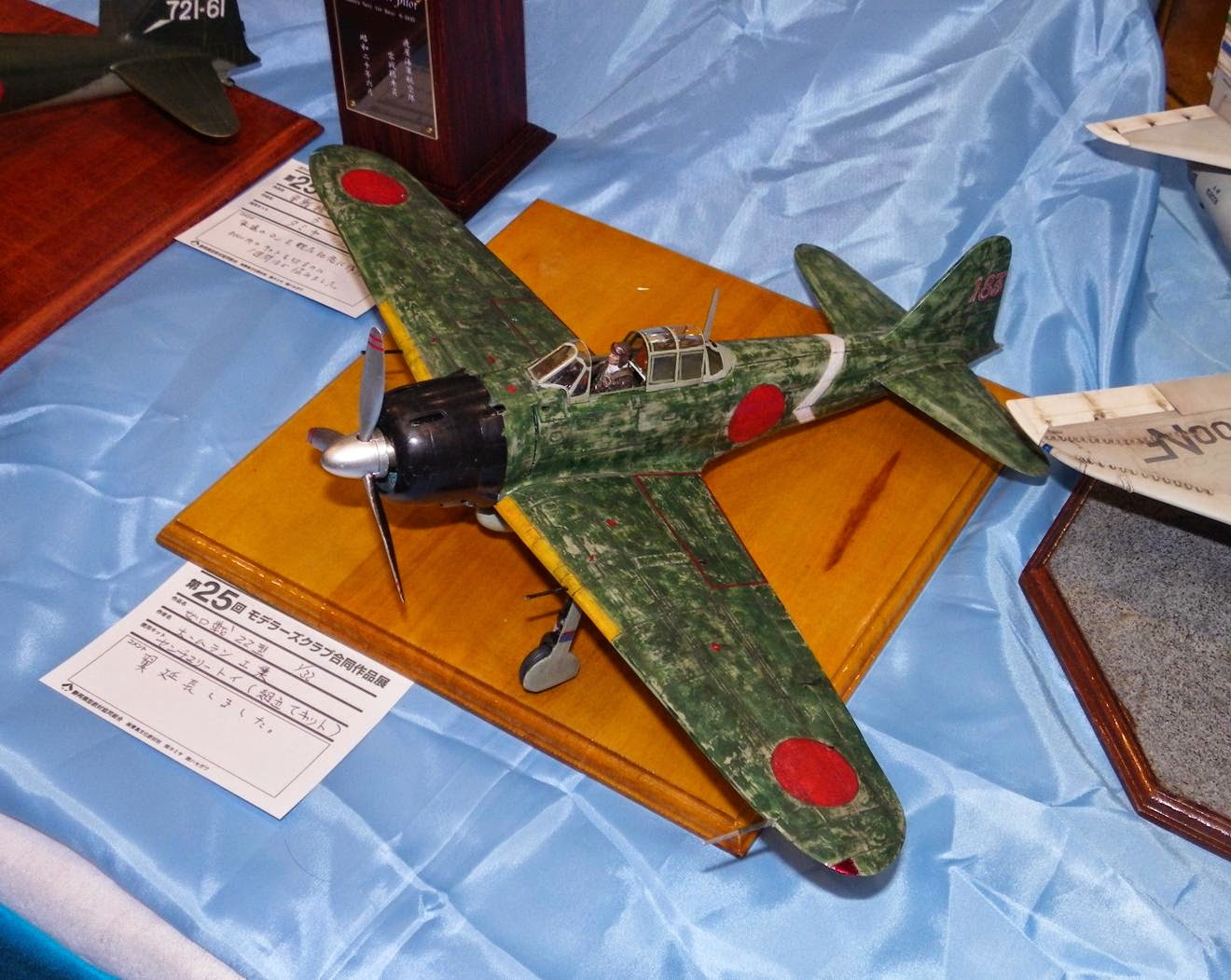 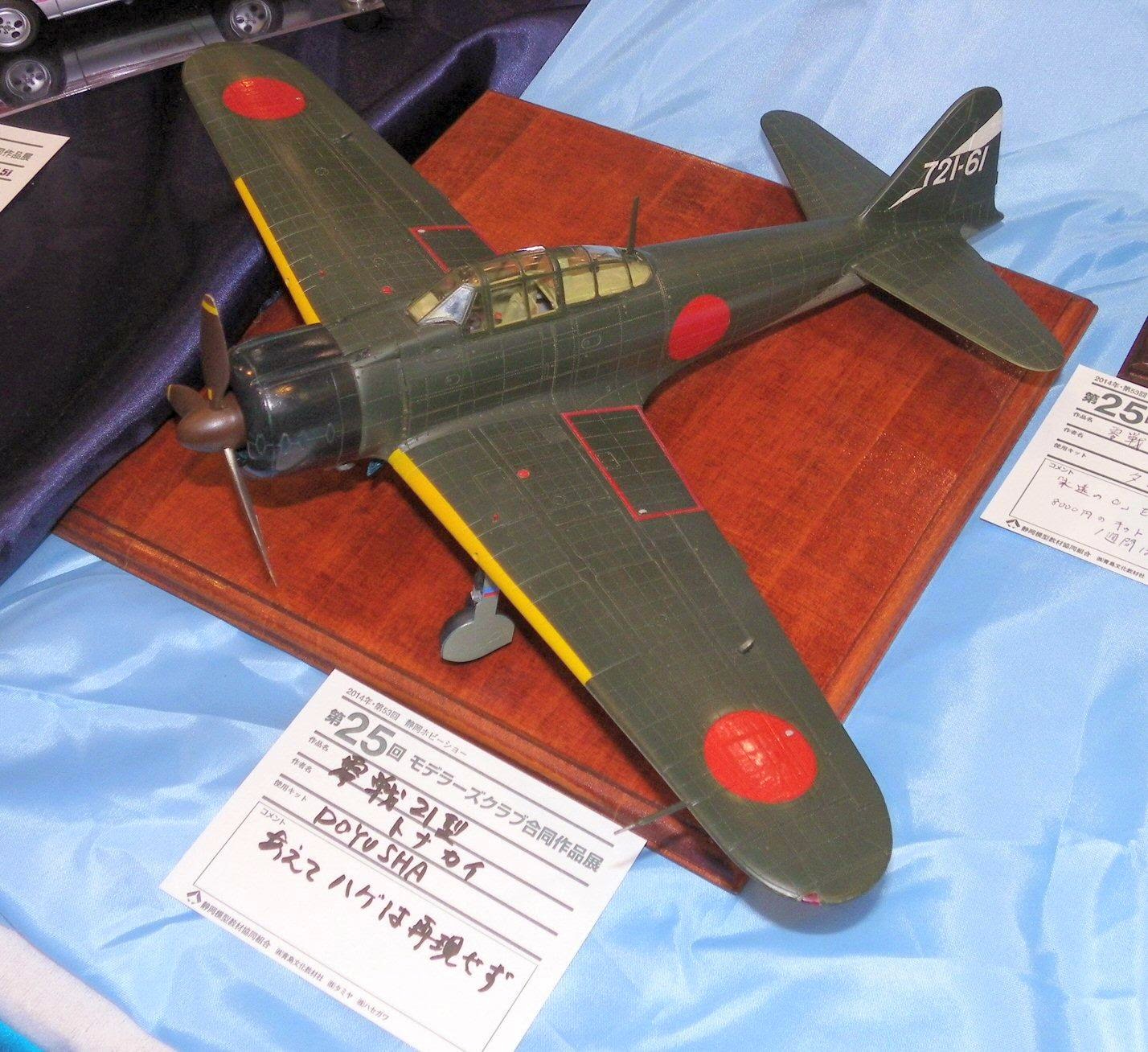 ZERO ONE Modeller's Club, from Osaka
Note the Junkers Ju-87 in Japanese colours! 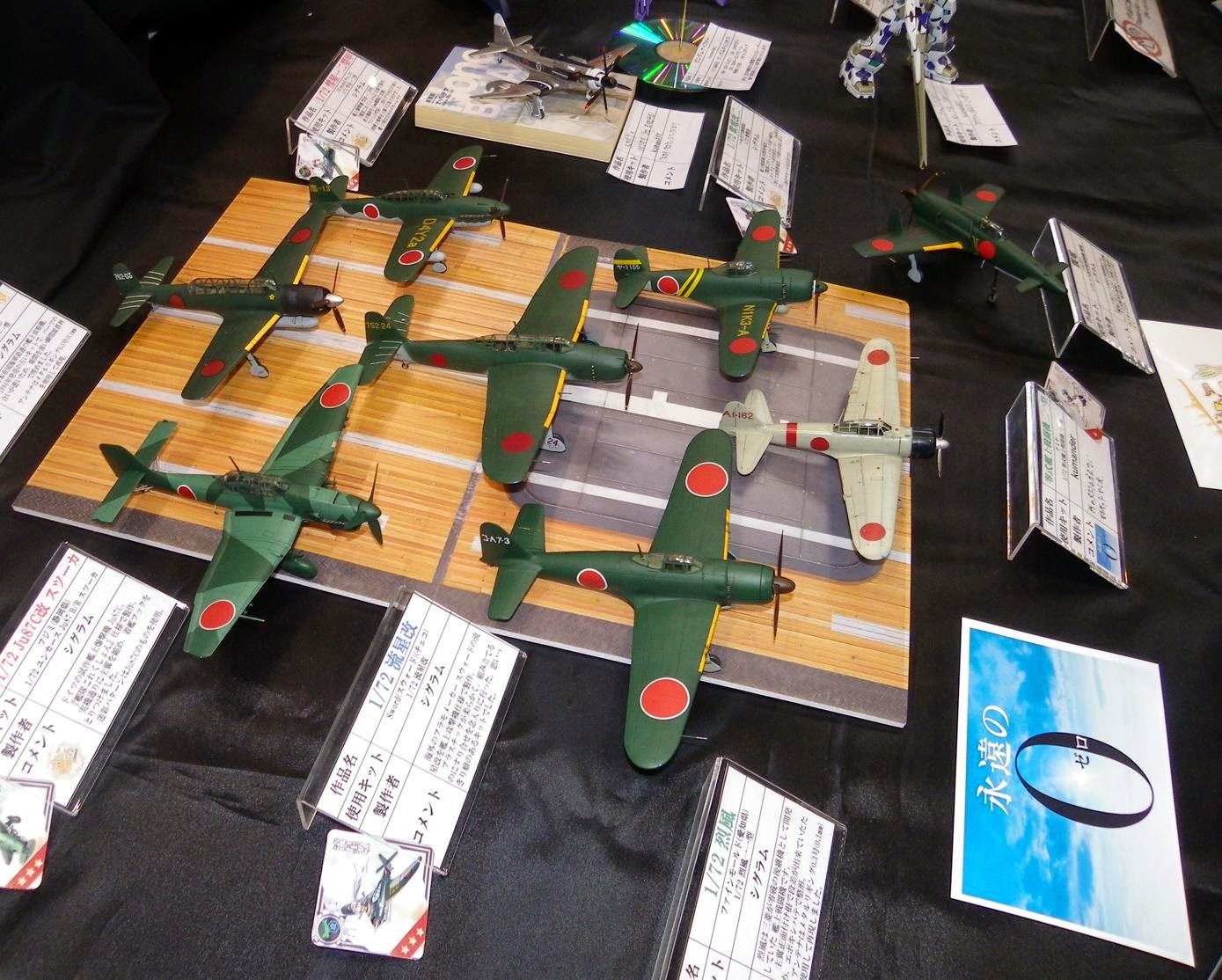 TOSA Model Club, from Shikoku and on-line members.
A very interesting what-if/SF diorama based on the "The Sky Crawlers".