The 53rd Hobby Show in Shizuoka was held last weekend at the Twin Messe. 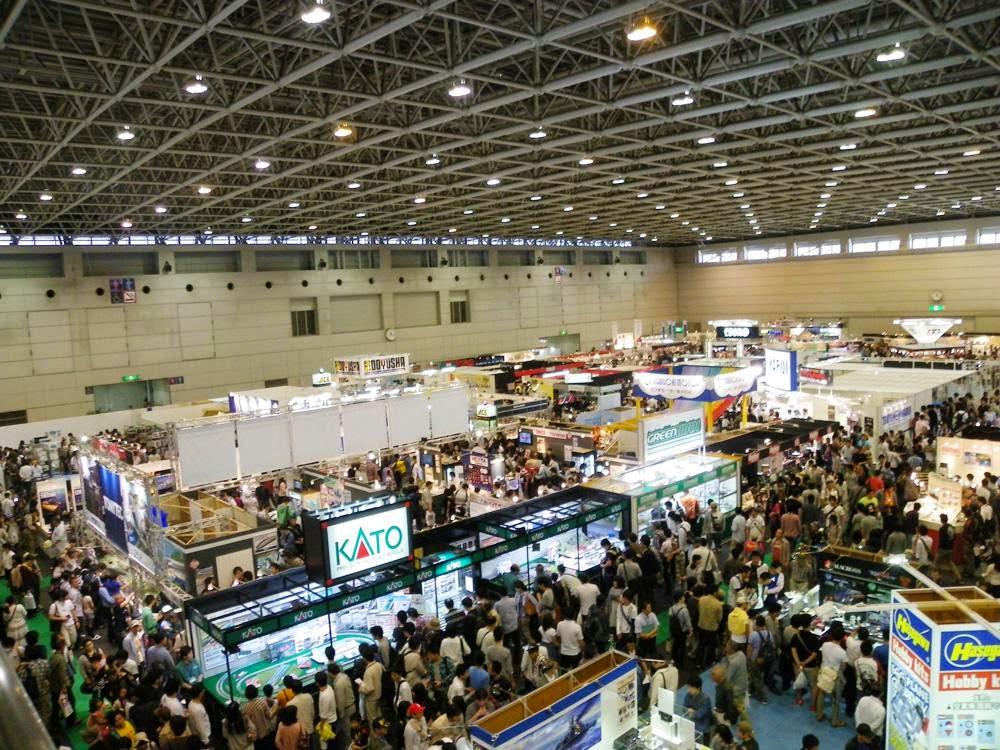 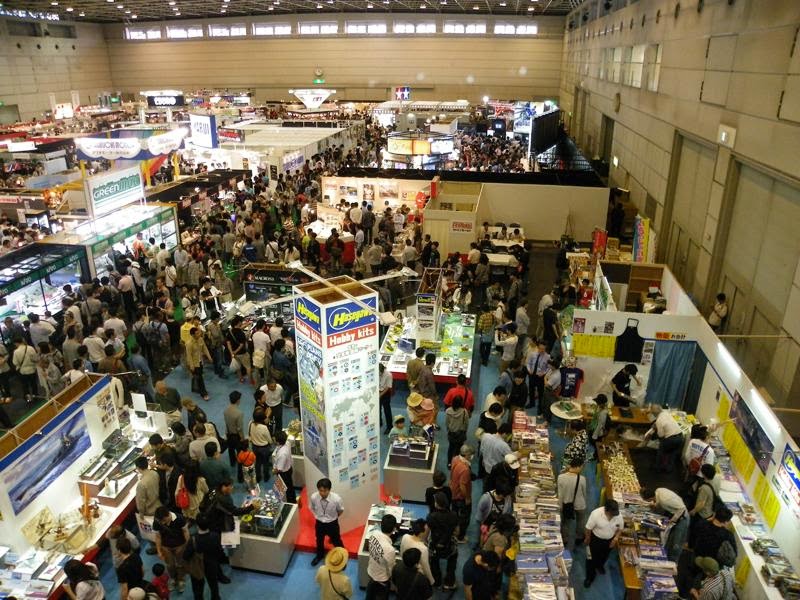 Arawasi visited the show on Sunday 18 and as usual we took many many photos especially of the Japanese aircraft models.
First of all the place has become too small for all the companies and especially the modellers who want to participate. The modelling exhibition area was extremely crowded although not as bad as other years when we visited the show on Saturdays. There are very few resting areas, with thousands of people in the same closed space it is only natural that it's too hot and not properly air conditioned but there were more food stalls than last year.
Also, can somebody do something about the gradually appalling bus service from the station to the show? Our driver handle his bus as if he was plowing a field and was constantly growling unintelligibly on his headpiece.
None of the companies had any really new Japanese airplane kits something that was rather disappointing for Japanese airplane enthusiasts.
Only Hasegawa is going to release a Kawanishi N1K2-J "Shidenkai" (George) "Late Version" in 1/32 around May 25. Price will be around 5000Yen (50$US). 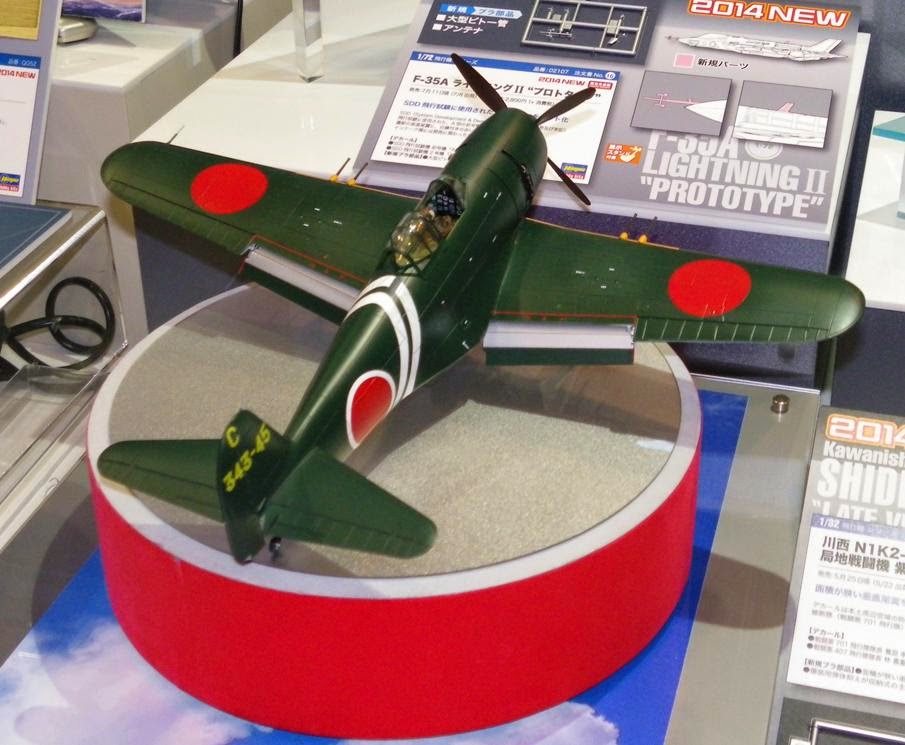 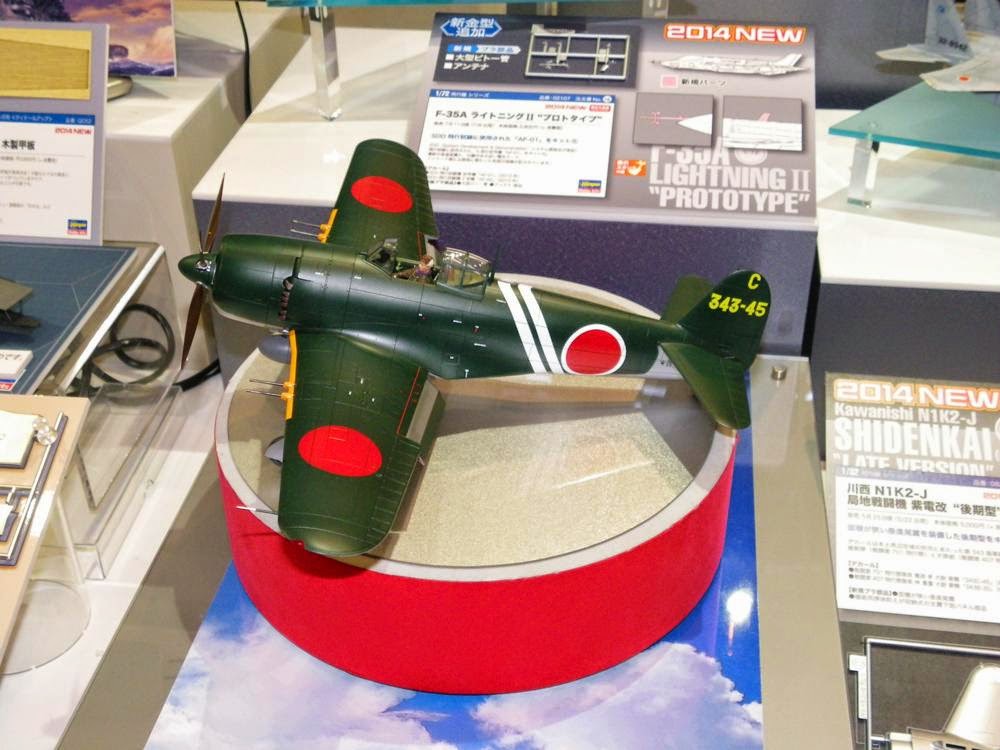 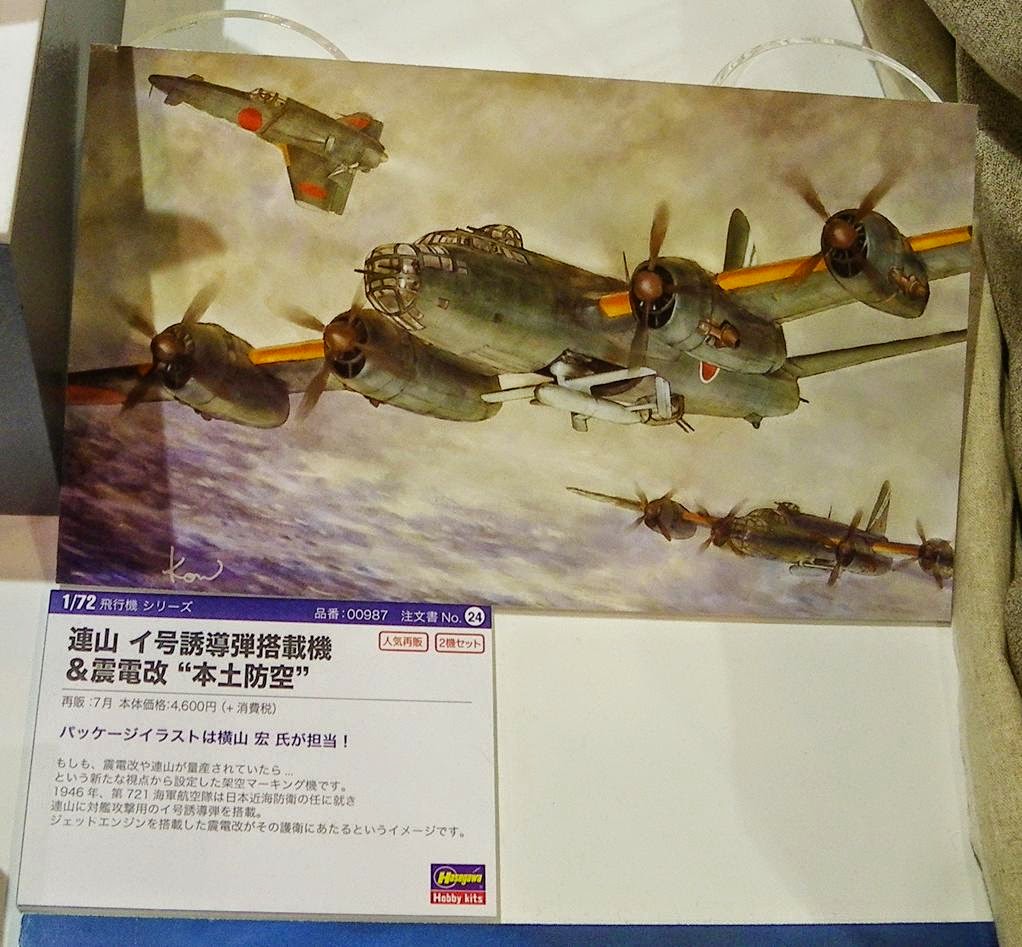 Also in July Hasegawa has scheduled the re-release of their ancient Kawanishi H6K5 (Mavis) in 1/72 in "KEA63" & "KEA-59" 901Ku markings. A version equipped with photo-etched radar on the nose. 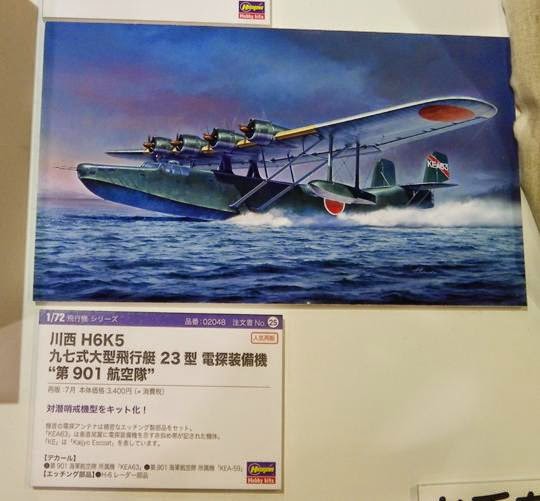 The other company with new releases was SWEET in the small 1/144 scale. 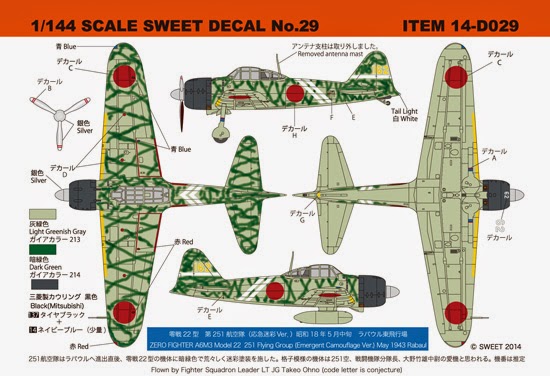 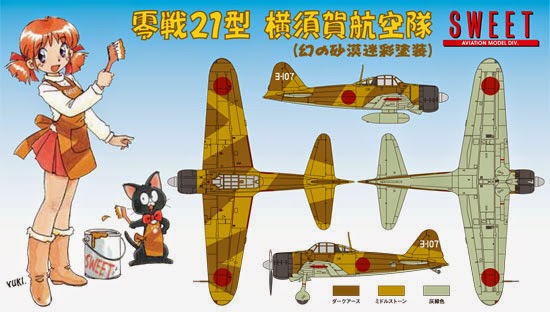 We had the chance to meet for the first time Mr. Sugita who was most friendly and shared his exceptional passion for Japanese airplanes. Another forthcoming release currently on-the-works by Sweet is a "Claude".
All in all we had a very good time and enjoyed a great show as always, aside from the various things the organisers definitely need to improve.
Posted by Arawasi


Interesting!
That camouflage pattern as on Yo-107 is very intriguing, did the JNAF really use that?
Thanks for showing.

I love the SWEET kits. I have not built one yet but buy them often. I find that the info provided with the kits (how to tie a zero to the deck for example) is better than I see in big kits.

Jacob, according to Sugita-san this scheme was tested by Yokosuka as camo option for the Zeros flying over the deserts of Australia.

Let them release a Donryu or a Sally in 1/48 scale-I'm not referring to Sanger scrap of course-and I shall rest in peace!! Thanks for sharing George!