Once the pieces are together the dirty work starts. I used an automotive glazing putty for the filler, and did three applications, sanding between each one. I had previously sanded the whole fuselage so it had plenty to bite into. 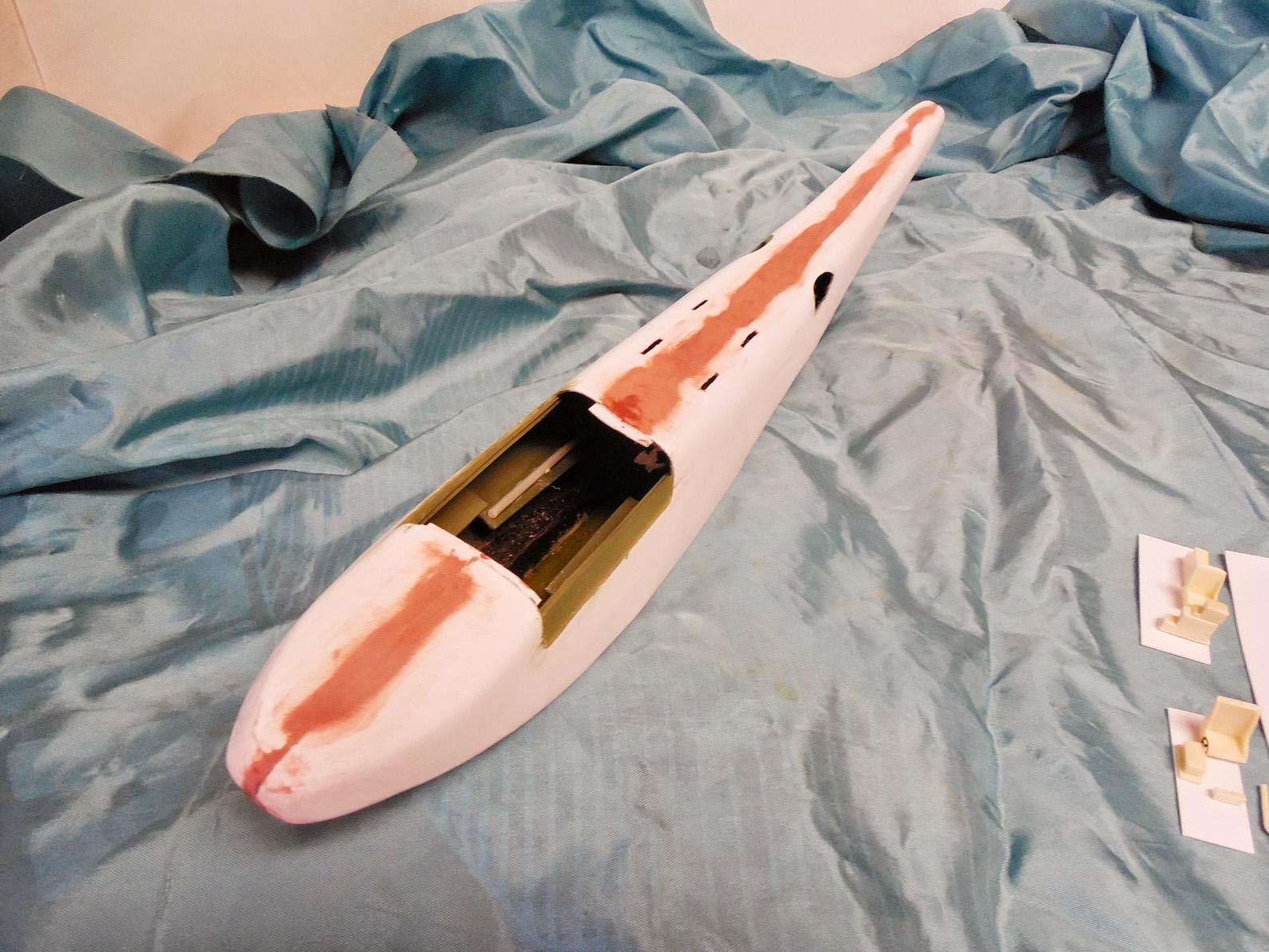 You can see the front part of the keel had a pretty decent fit, but I’m glad I filled it with epoxy- the plastic is pretty thin and needs the reinforcement. 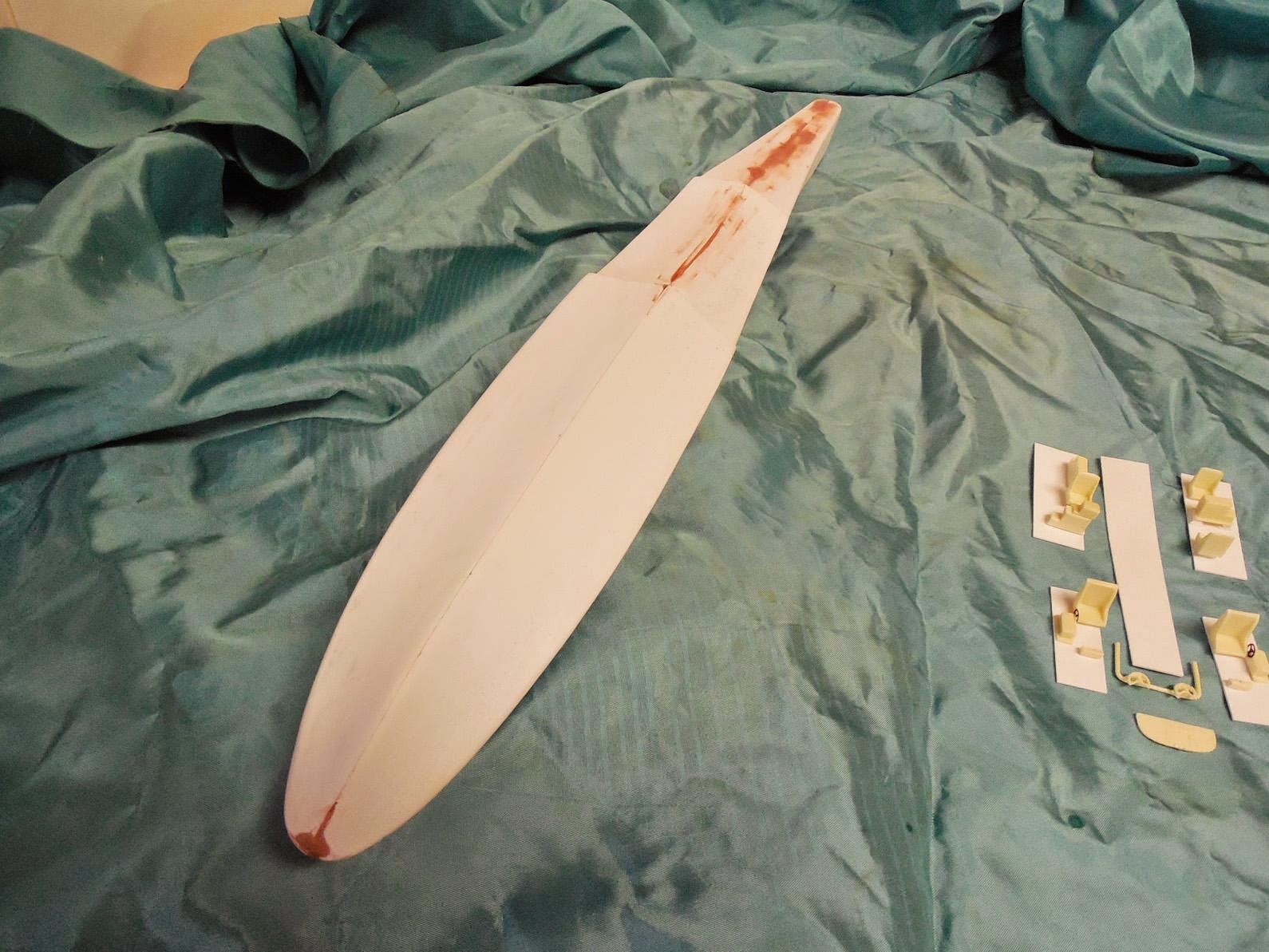 Just to make it easier to work with, I made the stand for it also. Beaching gear would be more correct, but all of my seaplanes and floatplanes sit on the same type of stand, gives it some continuity. Here she sits with the first of many coats of primer! 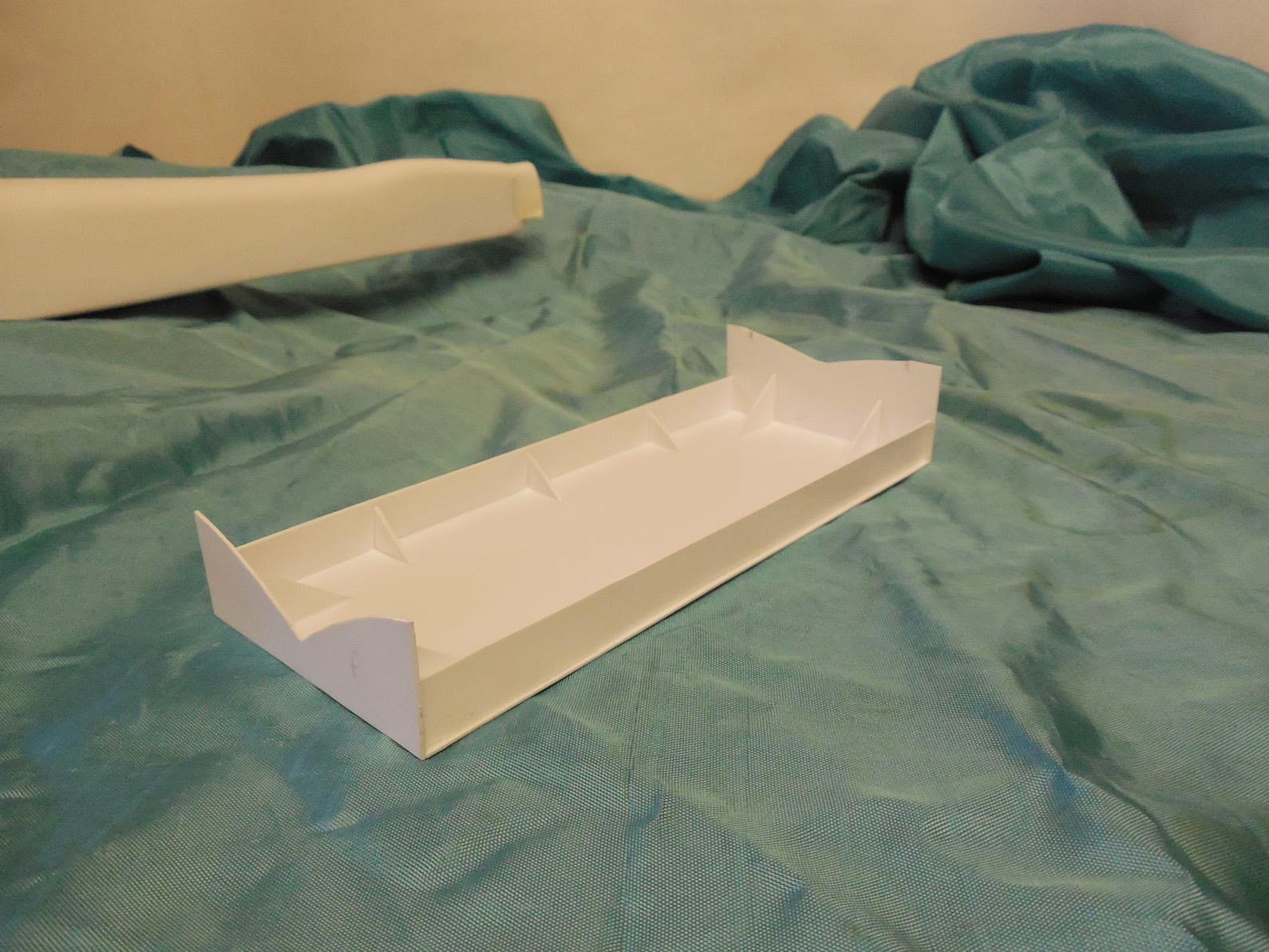 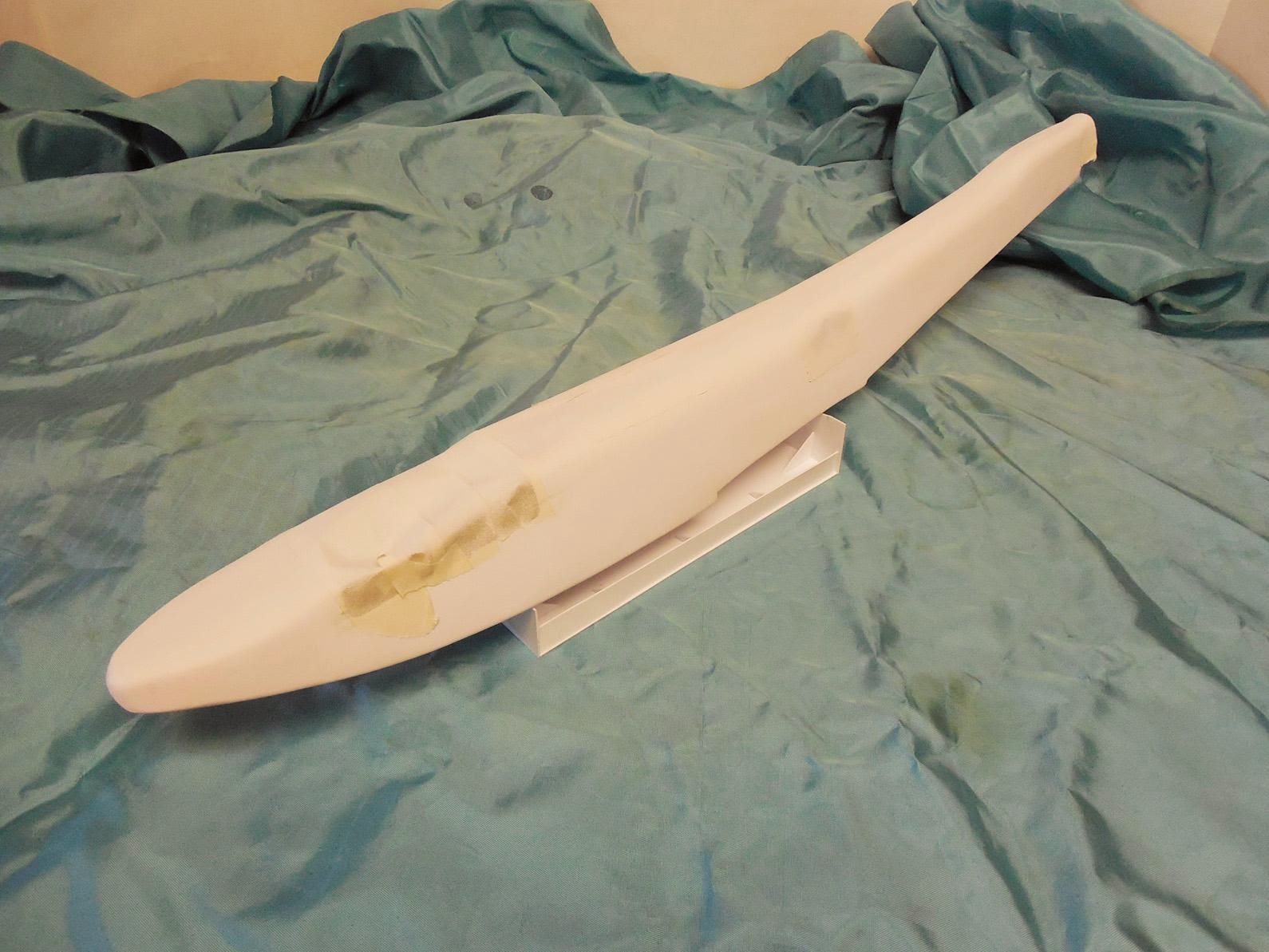 In between the dirty work, it’s nice to do some clean stuff too, so I started on the crew stations and the walkway.

There’s no secret to this step- fill, sand, prime, repeat... and it will be necessary! Combat models are male moldings and need lots of cleanup. 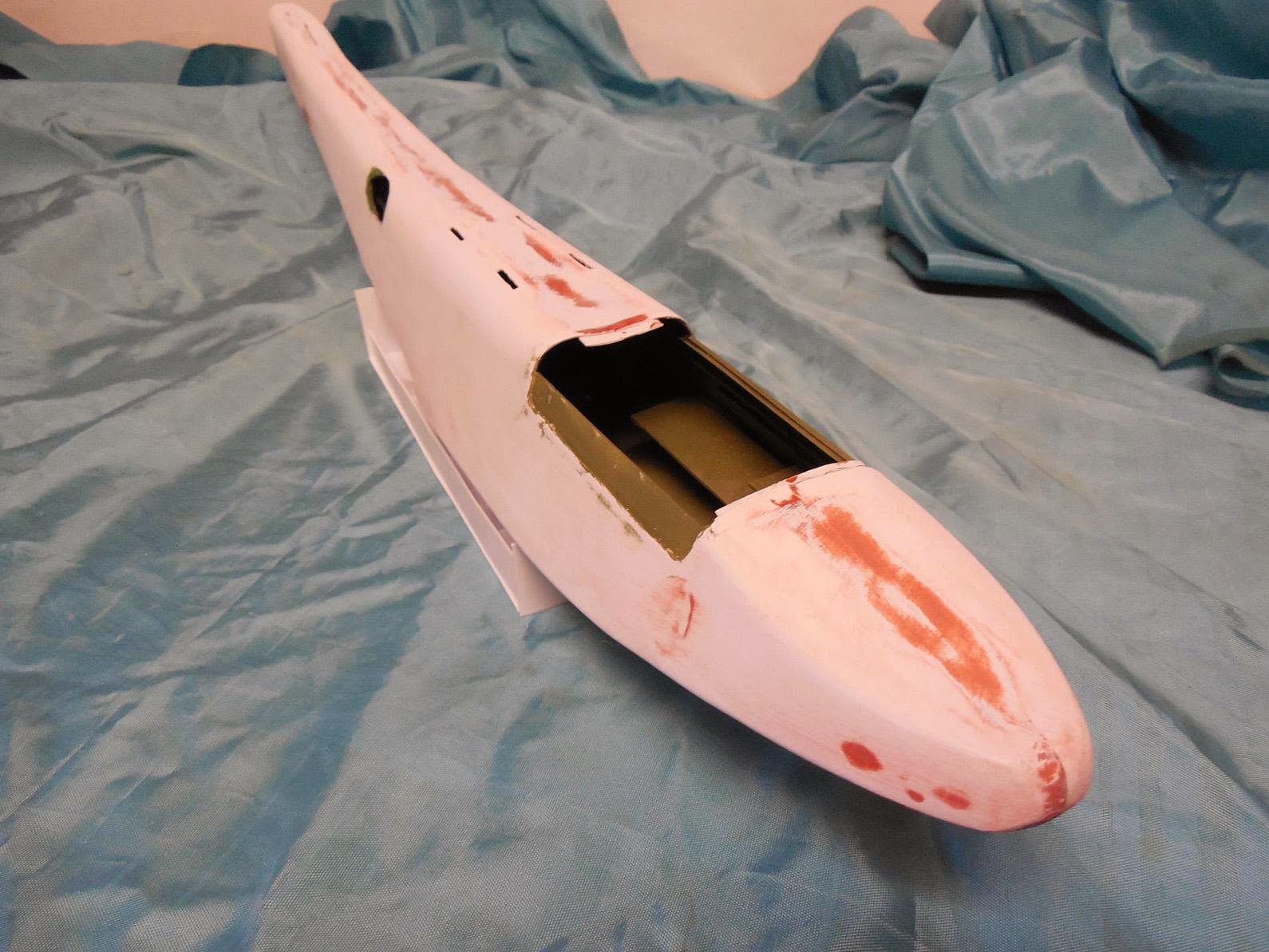 I took Arawasi’s advice and repainted my cockpit pieces. I used the same technique as I did in the interior- spray black, then spray the interior green lightly and at an angle. It provides variation in the tones and shadows under any overhangs. The pictures are a bit washed out, but it’s much darker than the first time. 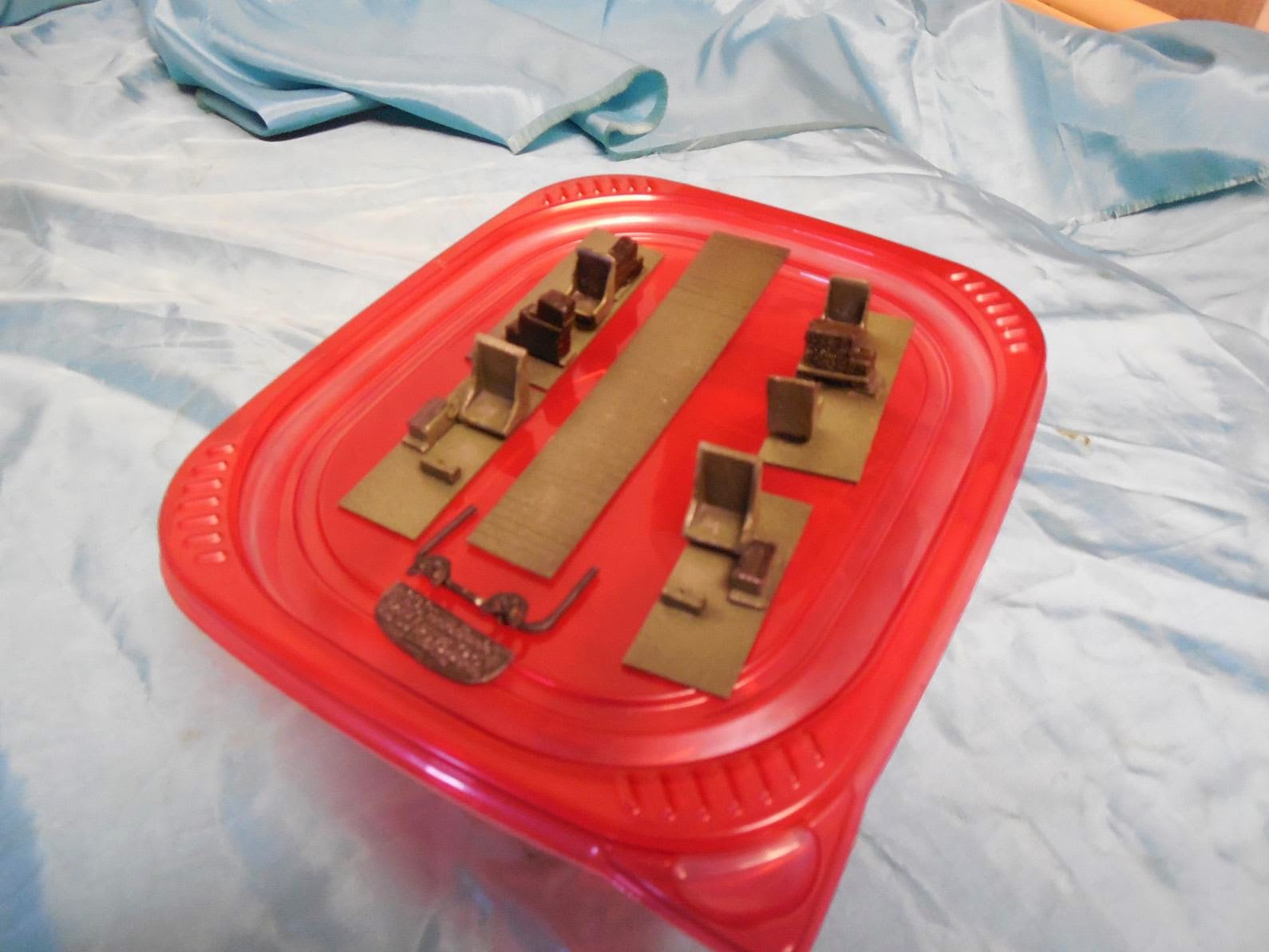 I’ve also started on the wings. Normally I build into the top half of the wing, but since this is a parasol arrangement, the support went into the bottom half. Same procedure as the fuselage,  with the spars, then triangular buttresses. When joined, I’ll pour epoxy into the leading edge for reinforcement, the sprue scraps will bridge across the nacelles and I’ll do something else to strengthen those. I’ll make some stub spars for the outer wings with the correct dihedral that will slide in between the ends of the main spar. 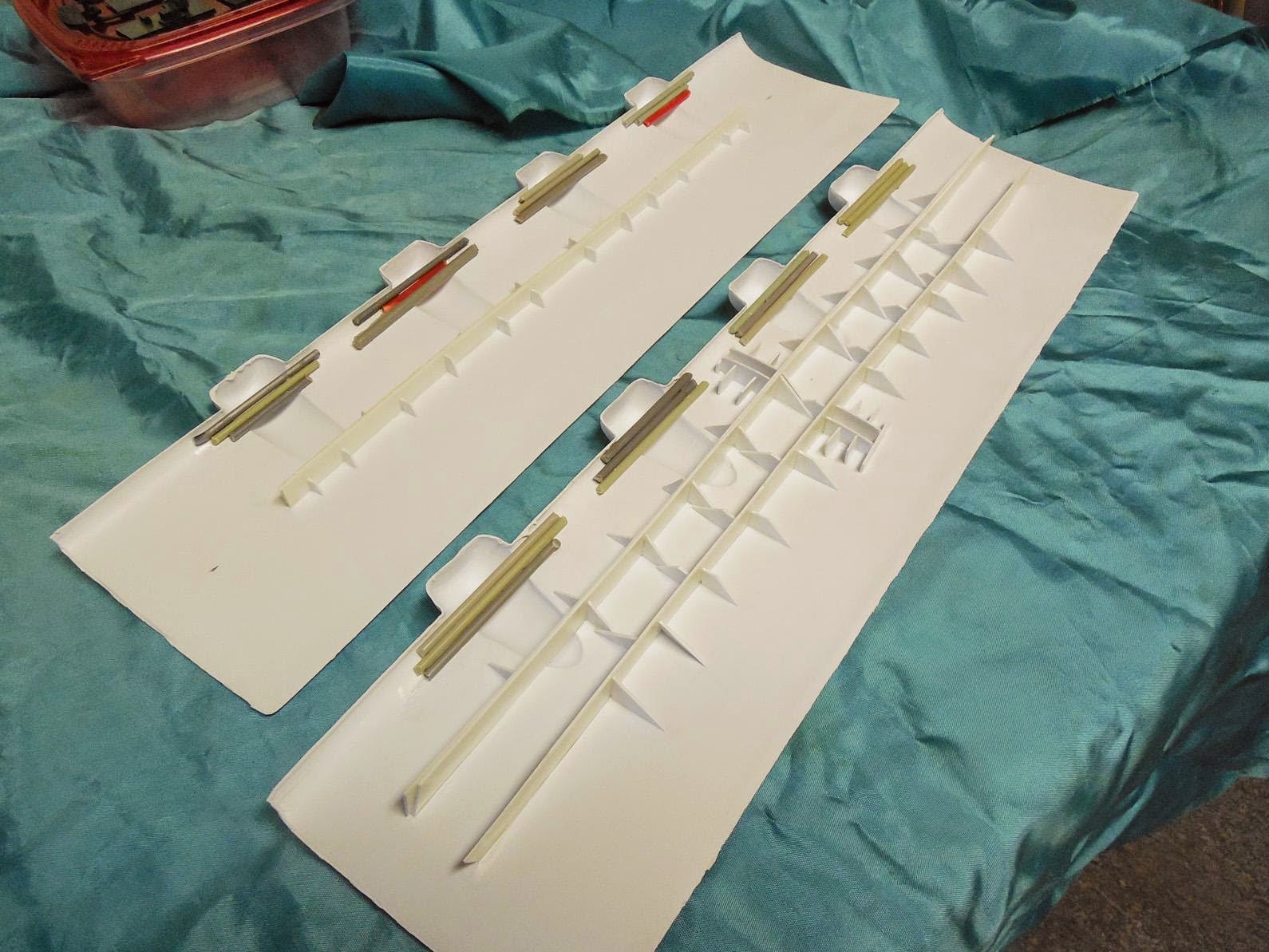 Looking good, Mark! Can't wait for the next WIP.
Posted by Arawasi