Issue #36, October 1954, of Aireview includes an interview of "Kikka" test pilot Takaoka Susumu and we were about to translate it and post it here but since most of it can be found in "Monogram close-up #19" we continue with the kits.
Starting with 1/72 there are two kits by "Pegasus" and "Merlin Models" that are pretty bad. Lots of flash, no cockpit details, poor fit... 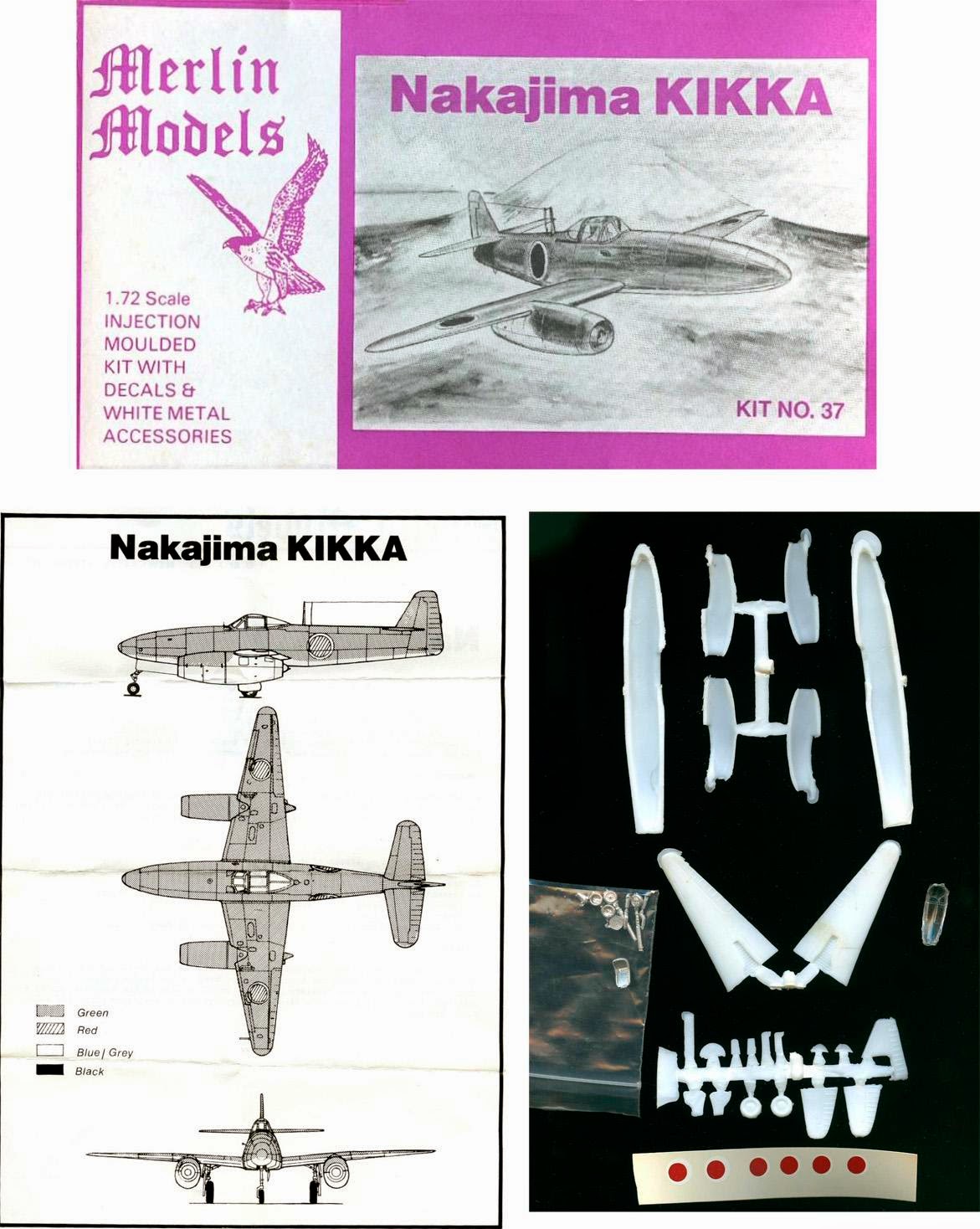 MPM is another company that has released a "Kikka" in 1/72; twice. The first was rather plain, the second "upgraded" with metal parts. I don't have either of their kits so I can't comment.

I'm also not familiar with the resin RS kit.

The latest releases in this scale are from AZ Models. Actually there are five different kits with pretty funky paint schemes. "What-if" okay but a Navy aircraft in Army camouflage and operated by IJAAF units when the Nakajima Ki-201 "Karyu", the Army version of the "Kikka", was on the drawing board? Hmmm... 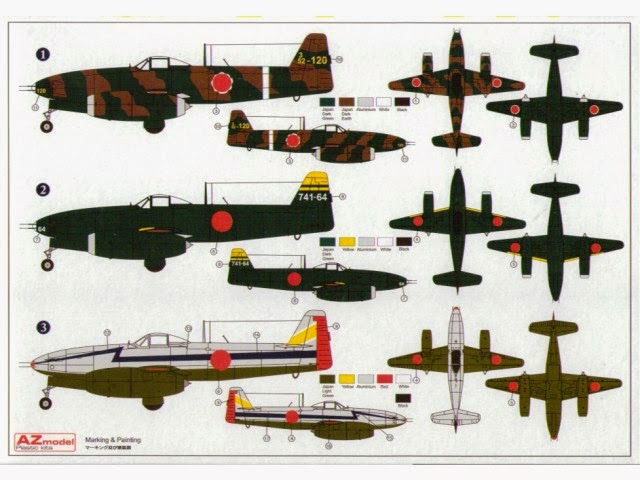 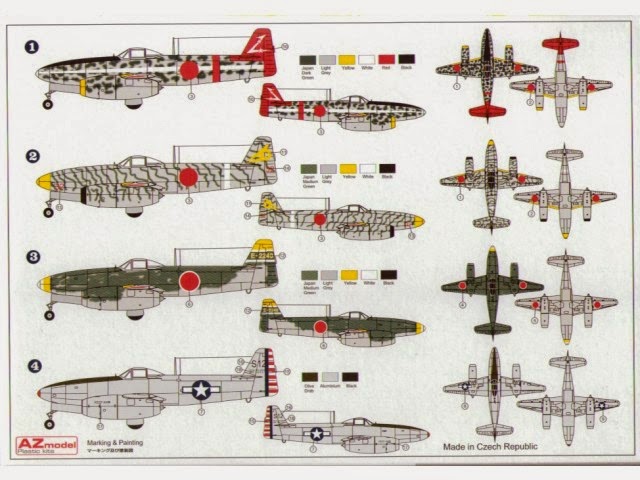 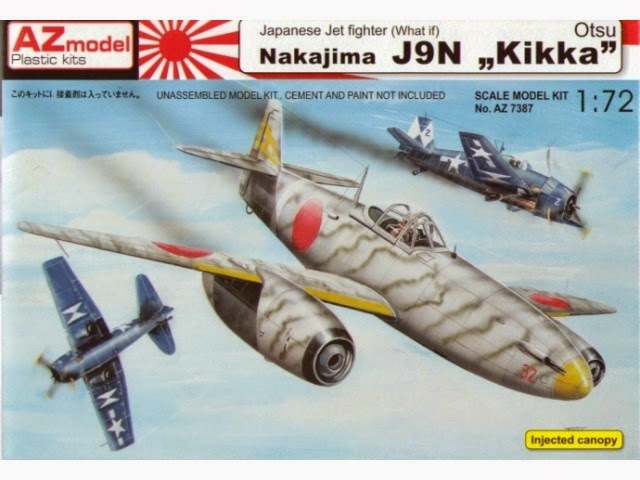 AZ is the only company that has released trainer and night fighter versions of the "Kikka". 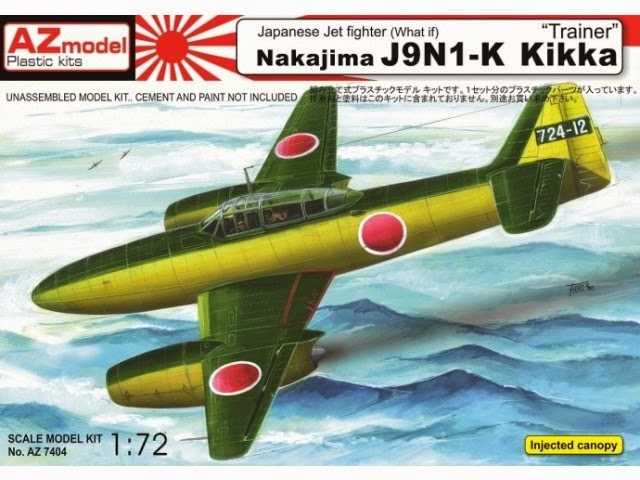 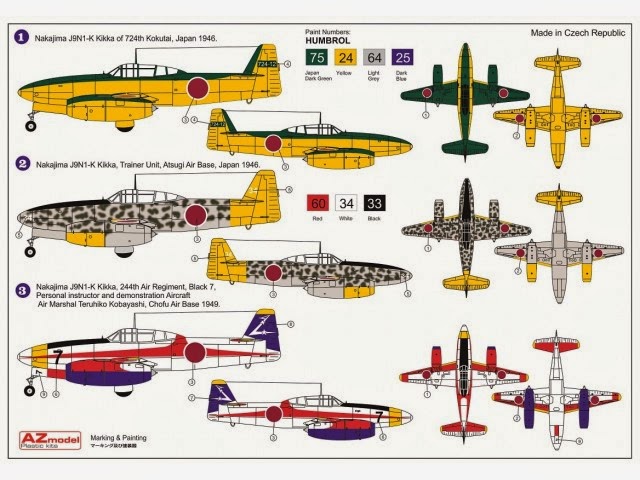 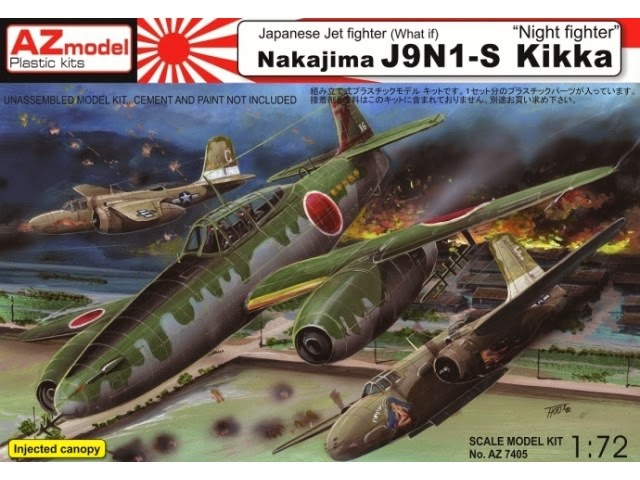 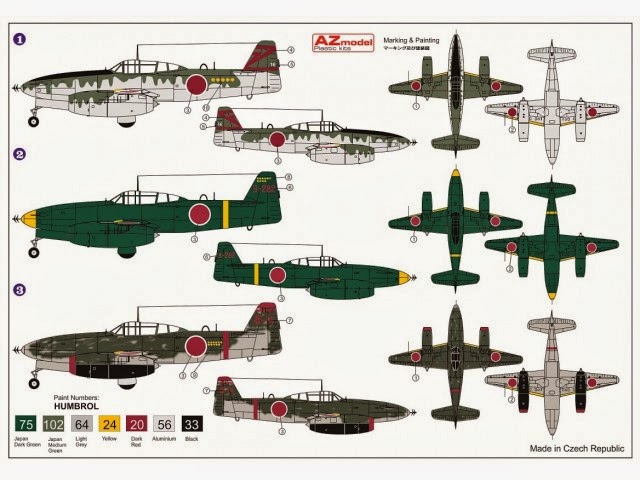 In 1/48 there is the Ventura kit. Pretty basic, no cockpit details but quite nice instruction booklet with good photos. 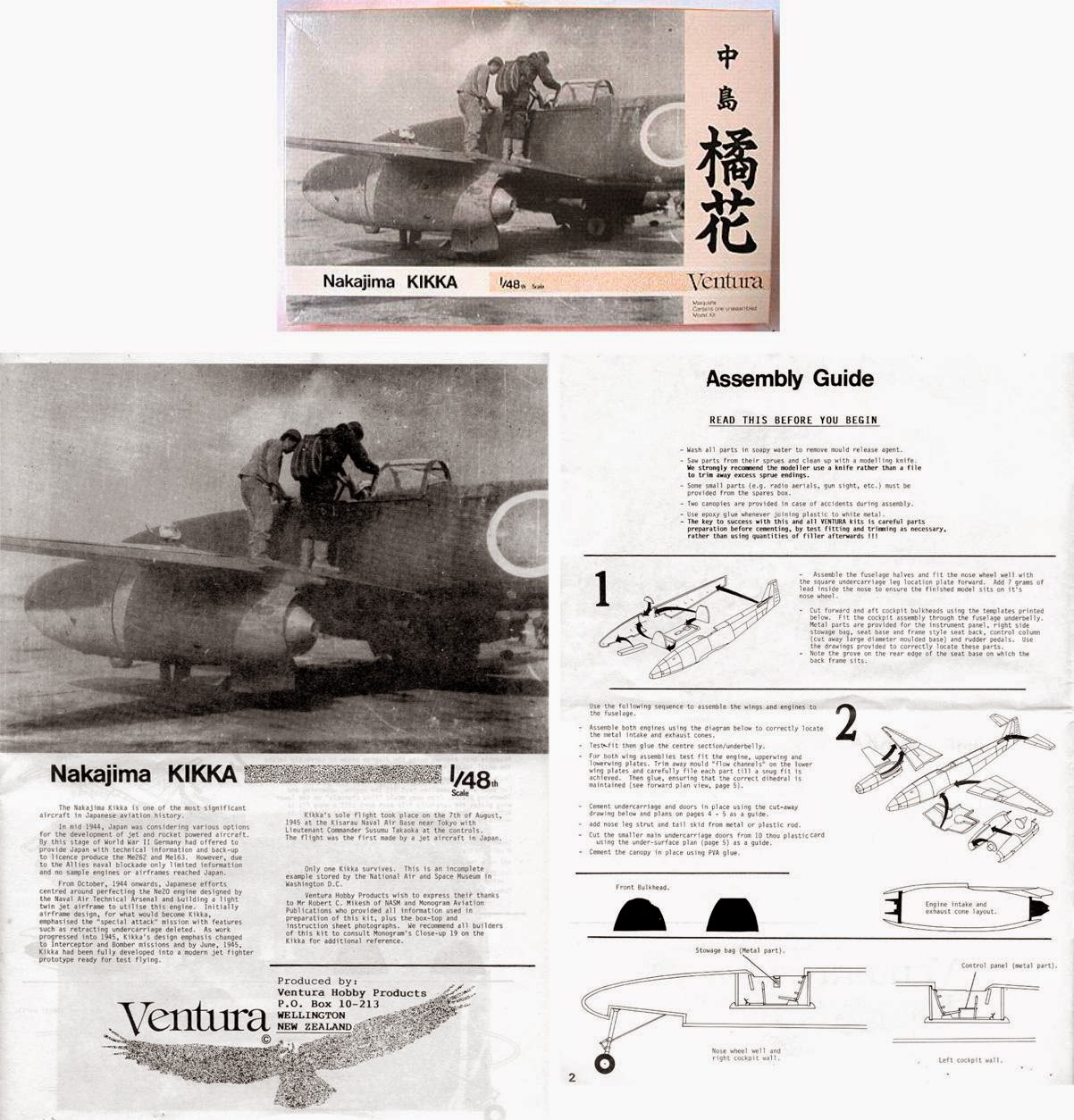 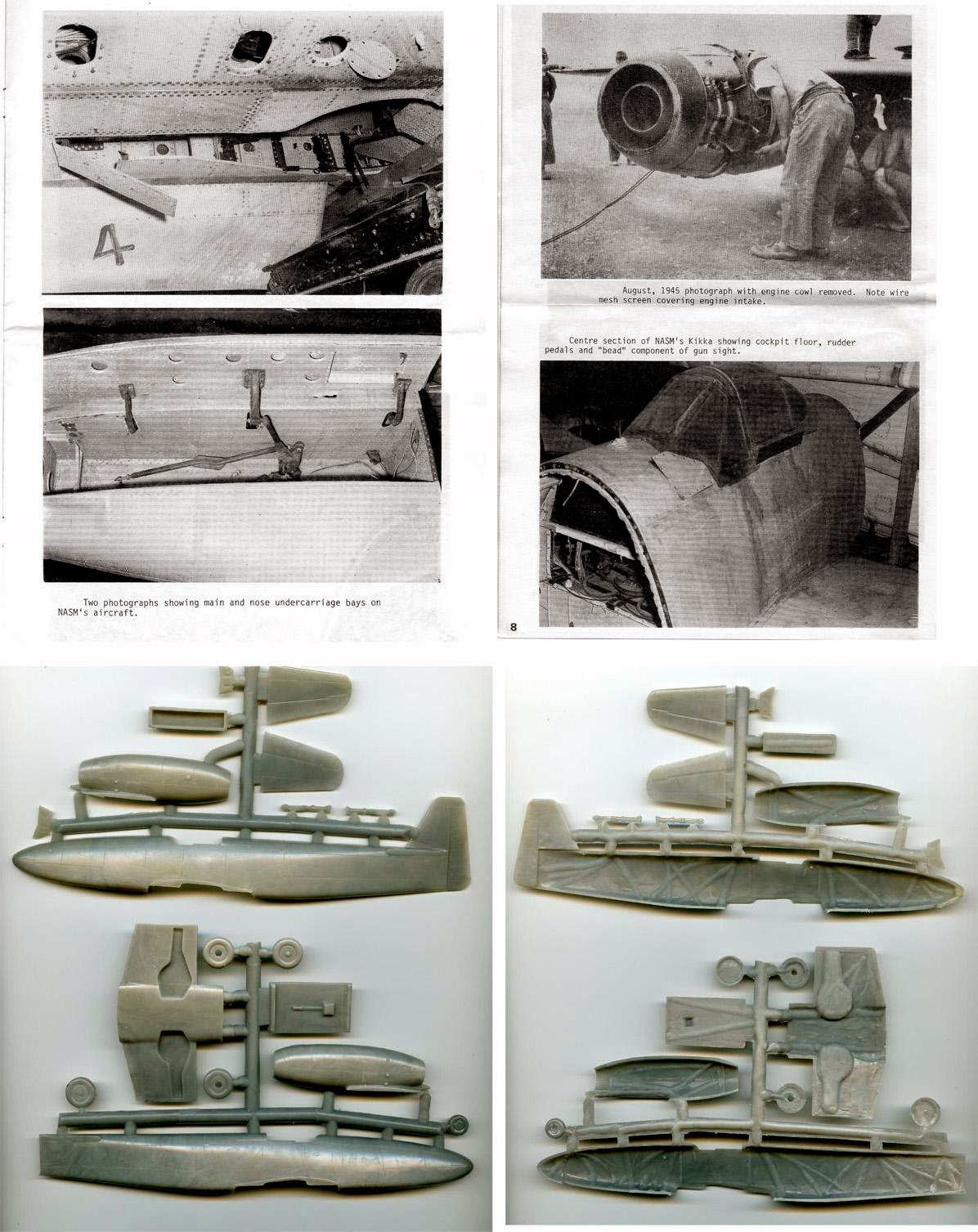 The very best of all kits is by Fine Molds. Initially it was released in a b/w box but the special version, further below, includes a beautiful metal Ne-20 engine that can be installed and shown with the cowling removed. An absolutely fantastic kit with good cockpit details, no flash whatsoever, excellent fit...anything you would want from a really good kit. 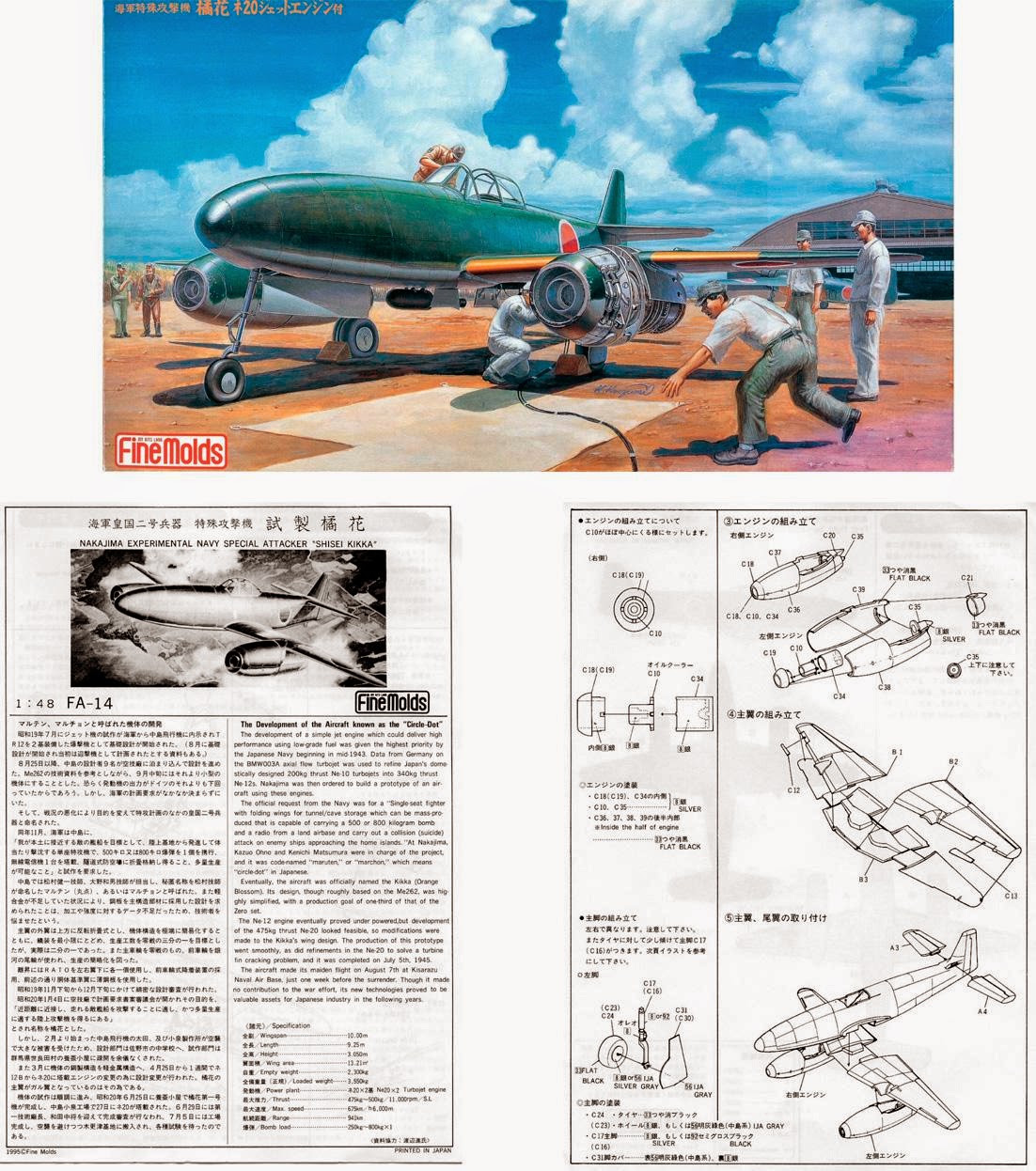 Fine Molds re-released their kit without the engine and this version is the most commonly available now. The Ne-20 engine is sometimes available separately although most probably it's sold-out.

And last but not least is the rather obscure ZModel "Kikka" in 1/32 which I found on this blog.

If you have in your collection or have built any of the above kits we'd like to hear your impression on them.
Posted by Arawasi