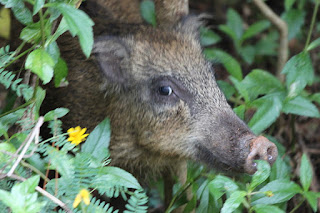 Another year has passed and I don't know about you but even though Japan was hit by a number of natural disasters, 2018 was more relaxed and enjoyable for Arawasi. No we didn't release out line of haute couture t-shirts since we got zero feedback from our readers. We had planed to release a new Eagle Eye by the end of this year (actually in 2017) but the volume of the material we have gathered needs a few more months to put together in a really high quality publication as you have been used to. More soon...
Five very successful modelling contests this year. We would like to thank everybody who took part, voted and left a comment. Hub Plott, Dizzyfugu, Derek Cooper, Mark Jahsan, Gustavo Antonelli,
Alexander Nam Tran, Leon Kloke, Mikhail Ageenko, Sawai Nobuyuki, Gary Wenko, Mike Grant, John Tate, Jacob Terlouw, Eduard Badescu, Tim Hortman, Will Silk, Bill Weckel, Zbyszek Malicki, Mirek Kadič, Michał Danielak, Miro Herold and Radek Pelikan.
Starting from contest #9 and following your suggestions we changed the voting from 1~10 (no decimals) but very few follow this. No worries! The winner will be announced in a week or so.
The theme for the next contest is Japanese Prototype & Experimental Aircraft in any scale (no what-ifs) and will start from January 15.
A special thank-you to everybody who contributed to this blog this year: Michael Furry, Claudio Luchina, Gary Wenko, Jean Barby, Bill Weckel, Michael Thurow, Bill Bosworth and Allan Jeffery.
And finally a HUUUUGE "thank you" to our good friends:
Sinang Aribowo, James Boyd, Devlin Chouinard, Danilo Renzulli, Eric Vogel and Zygmunt Szeremeta (welcome back).
Last year the community of Japanese aviation enthusiasts was hit by the deaths of a number of distinguished members, some friends of ours, some less so. So a big sayonara to Henry Sakaida, David Aiken and James Lansdale. I hope the jacom group will find their footing and keep the legacy of the site in a more friendly and inclusive environment.
All the best for the new year to everybody out there. Let's hope 2019 is really productive and, more importantly, enjoyable than 2018. Have fun and enjoy modelling! 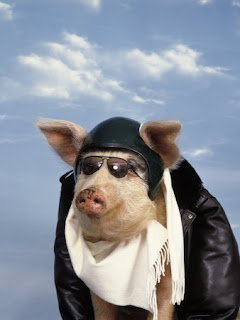 I knew I forgot someone! Pardon & bonne année Jean!

Happy New Year George! Thank you for your time and dedication to a very informative resource. Best wishes for 2019.

Happy New Year! Wishing everyone all the best for 2019! Thank you George and Kiri, looking forward to what the new year brings!

I renew my best wishes for a happy and rich 2019 to all friends in this invaluable blog and special greetings to Kiri (ladies first!) and George.

Zygmunt S.
With New Year, all the best !! 2019, as George has revealed to us, is the year of the Pig. This time for me will be a very demanding period. Fighting with a few habits should cause that what I do will bring satisfactory results. I think that this information will satisfy Arawasi, and in 2019 George will use my skills :-). Once again the best in 2019 for all Japanese aviation fans straight from Poland,
Zygmunt

Happy New Year George and everyone else who visit this beautiful website ! I wish all the best for 2019..